Masaan: A world where love rules, not money

In Neeraj Ghaywan's film, each individual is a work in progress.

In 2005, two youngsters somewhere in small town Uttar Pradesh decided they had had enough of their parents' lowly existence. Bunty, the son of a railway ticket inspector, decided he wanted to be a Birla or an Ambani, not follow his father in the boring government job. Babli wanted to be a beauty queen, not a small time tradesman like her father. They become partners in crime before they become partners in love.

Cut to a decade later. If money was what propelled Bunty and Babli out of their worlds, it's love that drives Devi and Deepak, the two characters whose stories are intertwined in Neeraj Ghaywan's heartbreaking but beautiful Masaan. Masaan means crematorium in Hindi and in a way the film is the burning down of an old India of caste and gender stereotypes. Bunty Aur Babli chronicled a superficial change, an India that had become unapologetic about making money, about bending the rules, about living for yourself. The last four years of the UPA 2 quickly put paid to the dream of making money at all costs. The idea that in 2015 you could make a film celebrating two crooks whose purpose in life is to make money and enjoy life is unthinkable. 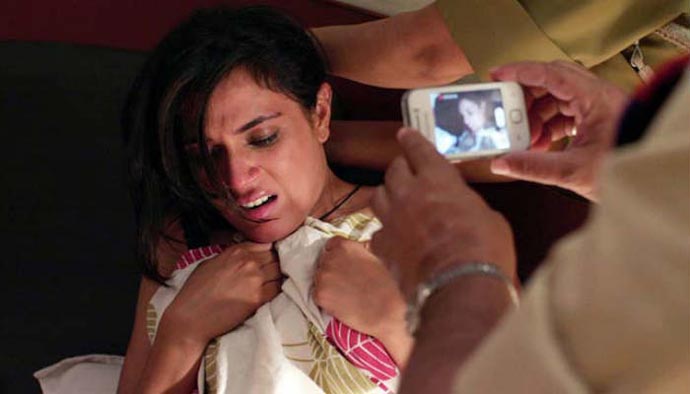 In Devi, Richa Chadha has crafted a woman who is not sorry for her actions.

So Masaan is a film of our times, for our times. It is a film which celebrates freedom in the true spirit of the word. It is no accident that its English title is Fly Away Solo. That indeed is what Masaan marks - the rise of a considered individualism, that is not unfeeling, but is not unapologetic either. And who better to be the envoy of change than a woman? In Devi, Richa Chadha has crafted a woman who is not sorry for her actions - she watches porn, is curious about sex, is caught in an unfortunate situation where her would-be lover slits his wrist (boys are so much less prepared for the brave new world of taking responsibility for their actions) and is keen to study further. When her father shouts at her for not being ashamed of what she has done, she shouts right back at him. She helps him bribe the policeman so he can close the case and prevent a scandal, and then packs her bags to head off to a fresh start. "Don't I fit in anywhere?" cries her father to her. She soothes him, but doesn't give in.

Deepak, the son of a Dom Raja on the burning ghats of Varanasi, loves a girl from an upper caste and dreams of the day the two can walk into the sunset together - he with his engineering job, and she with her Nida Fazli, Akbar Allahabadi and Mirza Ghalib poetry. Their romance has a sixties feel to it, with a Facebook update. Scooter rides, picnics on buses and a boat ride on the Sangam. Like Devi, who finds an ad hoc job in the railways, Deepak starts as an apprentice in the Indian Railways. If in Bunty Aur Babli, Bunty wanted to escape his father's railways job, Deepak embraces it as a modern, mobile profession. There is a touch of earnestness, but mostly romance in his decision. 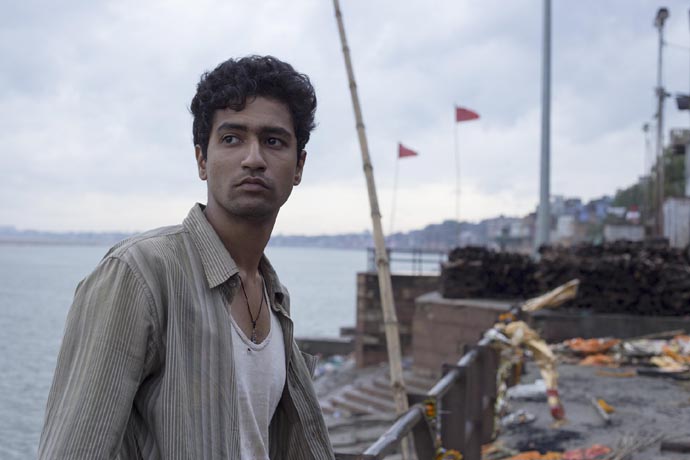 Vicky Kaushal's Deepak, the son of a Dom Raja on the burning ghats of Varanasi, loves a girl from an upper caste.

Devi and Deepak want to escape their small town existences and they are willing to work for it. It is the same aspiration that drove hundreds to seek a short cut in the Vyapam scam. But Devi and Deepak are idealistic enough to sweat for it - Devi doesn't accept a steady job in the railways as her final lot. She wants to improve herself and she cannot do it in a chhoti jagah with its chhoti soch. You can almost imagine her slaving over the Civil Services exam. As for Deepak, you can see, despite the Hindi-medium instruction in a polytechnic, he is a smart boy who speaks passable English and knows his subject. He will go far, as will the brilliant newbie Vicky Kaushal who plays him.

They leave their parents behind - Deepak's embittered but eventually supportive Dom Raja father and Devi's Sanskrit teacher father. But they carry the salt of the earth with them. Devi will not rest until she has closure on the boy who died. Deepak will grieve for his lost love and only then be able to move forward with his life. Life is not only about money, or about speed. There is a time to love, to mourn, to forget, and to love again.

In Masaan, the baat continues, the story continues. Each individual is a work in progress.

Post your comment
#Bollywood, #Masaan
The views and opinions expressed in this article are those of the authors and do not necessarily reflect the official policy or position of DailyO.in or the India Today Group. The writers are solely responsible for any claims arising out of the contents of this article.