Read it as an extended poem in prose, a feminist anthem, as an experiment with life. But do read it.

"You should have seen her feet," she says. "Were they even feet? Were they the feet of my daughter? No! Her heels were cracked and her soles were twenty-five shades darker than the rest of her, and with one look at the state of her slippers you could tell that she did nothing but housework all the time. They were the feet of a slave."

This is the story of Meena Kandasamy, a promising young writer who almost became a cipher. A survivor, a chronicler, a poet, a chameleon. A woman who fought back from the oblivion of thought control to reclaim her life. Think Offred in The Handmaid’s Tale. Now think that it is real. 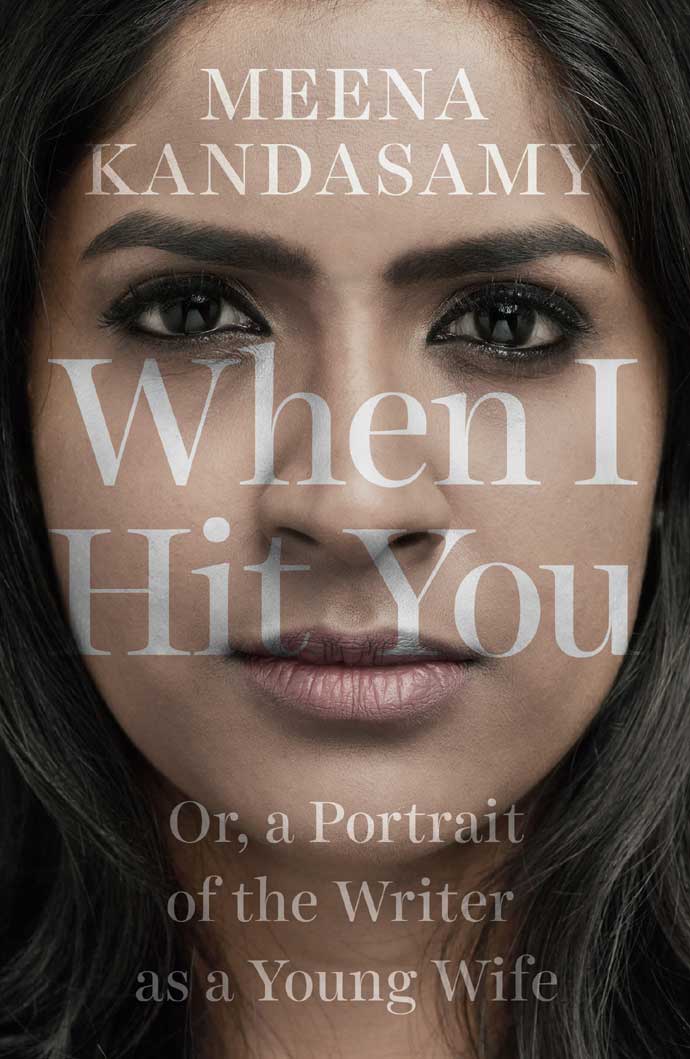 When I Hit You: Or, A Portrait of the Writer as a Young Wife is the story of a marriage gone terribly wrong, a relationship of equals descending into the hell of total domination — the man controlling the wife’s thoughts, actions, even intentions. This is a story of a young woman who would not be the perfect doormat.

It begins innocently enough, the relationship of love.

“I begin by wearing my hair the way he wants it: gathered and tamed into a ponytail, oiled, sleek, with no sign of disobedience. I skip the kohl around my eyes because he believes that it is worn only by screen-sirens and seductresses. I wear a dull T-shirt and pajama-bottoms because he approves of dowdiness. Or, I wrap myself in an old cotton sari to remind me of my mother. Some days, when I am especially eager to impress and to escape punishment, I slip into the shapeless monstrosity that is: the nightie.

And that is how it would have proceeded, he as the self proclaimed "true Maoist", embarked upon a thorough class analysis of me and, based upon his disappointed findings, decides to set Meena on the right path. Marriage became a re-education camp. He transforms into a teacher, and she becomes the wife-student learning from this Communist crusader. Think Offred in The Handmaid’s Tale. Now think that it is real. Photo: Blastr

She is the actress, and he the self-anointed director, the cinematographer and the screenplay writer. She describes herself as the type "who had bought a Che Guevara badge as a 15-year-old, and would have slept with him had I not been underage and had he not been long dead. I loved Bob Marley the same way. I had fallen in love with the rolling Rs of Spanish listening to Fidel Castro’s 'History Will Absolve Me' speech. I belonged to that 1980s generation of Indian kids who were brought up on Soviet children’s literature and magazines". She has to learn the grammar of the new relationship that he imposes on her. She must not walk to the grocery store without a dupatta on top of her dress because she has to respect their standards of decency. She must learn that her husband does not hold her hand in public out of respect for the people’s social mores. She must learn the responsibility of the female body belongs to her, and that she cannot move or walk in such a fashion that makes others feel it is an object of allurement and enjoyment.

You could argue about why a woman in the 21st century should submit herself to such imprisonment, have her internet restricted, have her passwords shared with her significant other, have her life depend on the meal she cooks, and have her scholarship stifled because he thinks it is morally wrong for the woman to participate in the bourgeois world of intellectual stimulation. But that would argue against the agency of women to love, to learn from their mistakes, to experiment, to be bold, to have courage. To have the spirit of imagination, to nourish her soul by writing "letters to lovers I have never seen, or heard, to lovers who do not exist, to lovers I invent on a lonely morning".

To drown out the insults of bitch, whore, slut with her beautiful words and her gorgeous poetry. "English makes me a lover, a beloved, a poet. Tamil makes me a word huntress, it makes me a love goddess."

And reading this book, believe me, makes one want to take back one's life, live it again, forgive us our mistakes and forget our troubles.

Read it as an extended poem in prose, a feminist anthem, as an experiment with life. But do read it.

Meena Kandasamy is that woman. She is every woman and also an extraordinary woman.

Also read: 'Now all she had was the emptiness of knowing no one was looking for her.'

Post your comment
#Poetry, #Marital abuse, #Meena Kandasamy
The views and opinions expressed in this article are those of the authors and do not necessarily reflect the official policy or position of DailyO.in or the India Today Group. The writers are solely responsible for any claims arising out of the contents of this article.