Their lineage goes beyond 'Prince' Ali Raza, who died a few days ago in the heart of Delhi.

Last year, a kind of morbid curiosity drew me to Malcha Mahal, the 14th century shikargah or hunting palace of Sultan Firoz Shah Tughlaq in the heart of New Delhi. There was barbed wire all around the overgrown, deserted and definitely spooky place, preventing entry. I could see glimpses of a big, rugged stone building. The guards at the nearby ISRO Earth Station told me to be careful as there was a prince inside who not only shot at anyone he thought was an intruder, he also set off his dogs at them.

I could also see signs all over warning anyone enterprising enough to venture in and despite my passion to uncover the secrets of Delhi's monuments my resolve weakened and I returned home.

A few days ago, the man known as Prince Ali Raza died inside this shikargah. His body was also discovered by chance. Many newspapers have proclaimed that the last Prince of Oudh has died a lonely death.

This shikargah had been allotted to his mother Vilayat Mahal as she had ensconced herself with a son and daughter, and many dogs in New Delhi Railway station's waiting room in the 1970s.

She apparently refused Prime Minister Rajiv Gandhi's offer of a DDA flat as being beneath the dignity of a direct descendant of the Last King of Awadh, Nawab Wajid Ali Shah. Rajiv Gandhi obviously possessed a sense of humour and offered the medieval hunting lodge, which she took up. 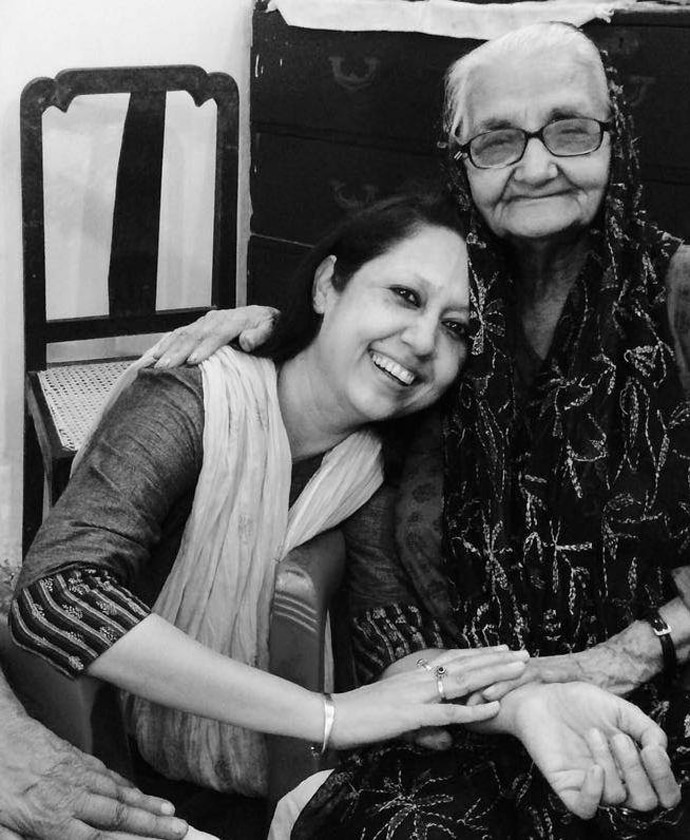 Manzilat is committed to preserving the cultural legacy of Awadh.

She lived there with her children, many dogs, and some family heirlooms, in a monument with no doors, windows, electricity or even running water. ISRO supplied them with water from their connection.

She died of natural causes or committed suicide in 1993. The daughter Sakina died few years later. Now while the family did indeed lead a lonely life and died all alone I know Prince Ali Raza was definitely not the last surviving prince from the house of Oudh/Awadh.

The British exiled Nawab Wajid Ali Shah to Calcutta in 1856. He took some of his family and four wives with him leaving the rest of the family behind. So while there are obviously many descendants in Calcutta and Lucknow, and I feel there is a remote possibility that their claim is true, the known descendants contest it. They say that this family's claim of being the descendants of Nawab Wajid Ali Shah is incorrect as all the known ones draw a stipend from the government and Vilayat Mahal’s name is not on that list. 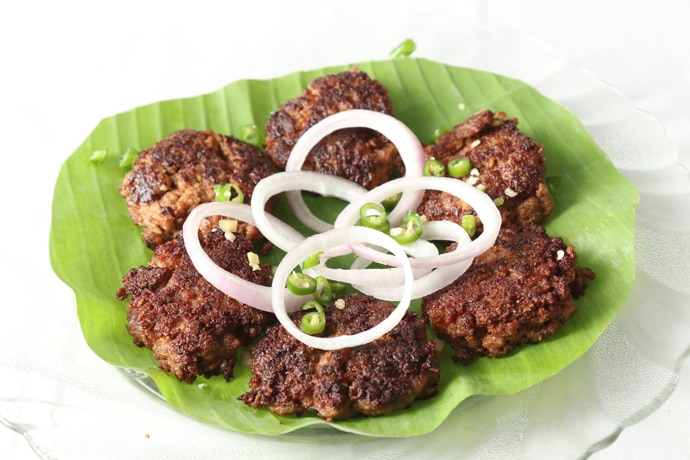 Manzilat runs a very successful catering service in Kolkata named after herself, Manzilat’s.

In a letter to the prime minister in 1985, Anjum Qudr the descendant of Nawab Wajid Ali Shah and his wife Begum Hazrat Mahal wrote, "All their descendants to this day, we being their great grandchildren, get Political Pensions from the Govt. of India through West Bengal or Wasiqa through the UP governments. 'Begum Vilayat Mahal' is not recorded anywhere and gets no such hereditary pensions. In fact she has no past history of more that about 15 years, since she last invented a claim."

Begum Hazrat Mahal was one of the most successful leaders of the first war of Independence and declared her son Birjis Qadr the King of Awadh.

In a film made recently on Begum Hazrat Mahal, Kaukab Qudr Meerza says, “I am proud of the fact that I am the great grandson of that peerless woman who shed her veil and the rattle of whose sword heated up the revolutionary fervour in Awadh in 1857. She threw herself into the blazing fire, burning all around and gave up her life to give a new life to the Indian struggle for freedom.” I called up Manzilat Fatima to check this claim and this is what she had to say, “I have been receiving innumerable queries from friends and acquaintances regarding the relationship of the so called late prince to the Royal Family of Awadh?! It amuses me to even think of how some people who lived and died as victims of their own fallacies, have any credibility of a relationship with the famous king and queen of Awadh. I completely deny this claim and I am totally in agreement with my Bade Abba late Prince Anjum Qudr's (eldest grandson of King Birjis Qudr) challenge of the same.I uphold the legacy of my family's lineage and maintain dignity of our royal ancestors. We have our roots in the two most powerful dynasties that the country has known, the Mughal and the Awadh combined, of course Awadh being the stronger of the two in our case.”

She says there are many other descendants in Kolkata and Lucknow and that they do meet each other off and on. Manzilat’s father Kaukab Meerza was a Professor of Urdu in AMU, Aligarh and penned two books on Nawab Wajid Ali Shah and his legacy.

Unlike the popular image of nawabi kababi royals the descendants of Nawab Wajid Ali Shah and Begum Hazrat Mahal lead a very successful, down-to-earth life. Perhaps that is why they have never been in the eye of the media. They don’t fit into stereotypes of macabre erstwhile royals committing suicide by eating their powdered diamonds or eking out an existence by selling their family jewels or worse still appearing in shoddy costumes to play king.

Manzilat’s father Kaukab Meerza was a Professor of Urdu in AMU, Aligarh and penned two books on Nawab Wajid Ali Shah and his legacy. Her elder brother Irfan Ali Meerza has retired from the railways, and younger brother Kamran Ali Meerza is a hardware engineer running his own business. Her eldest sister Talat Fatima retired as principal of Government Law College, Dholpur, Rajasthan. She also authored Cyber Crimes, the first book on cyber law. The second sister, Saltanat Fatima, runs a successful confectionery business in Noida called Chocolates and More. The youngest sister Rafat Fatima is a teacher at a senior school in Calcutta.

Manzilat runs a very successful catering service in Kolkata named after herself, Manzilat’s. She is committed to preserving the cultural legacy of Awadh and, with a wonderful sense of humour, calls her takeaway service "Nawabi Kababi" — her galaouti kebabs and paranthas, biryani, haleem and pasandas are very popular in Kolkata.

This family does not need to live in palaces and wear showy costumes to proclaim their royalty; their grace and dignity is enough to show that they have accepted life and adjusted to the times they live in.

And the legacy of the Nawabs of Awadh lives on and in safe hands.

Also read - What happened to the Mughals after the fall of the Mughal Empire?

#Mughals, #Delhi, #Wajid Ali Shah, #Nawabs
The views and opinions expressed in this article are those of the authors and do not necessarily reflect the official policy or position of DailyO.in or the India Today Group. The writers are solely responsible for any claims arising out of the contents of this article.