Without having watched the movie, we know Sanjay Leela Bhansali has spun a gaudy yarn rife with historical inaccuracies. It may well be blasphemous, but isn’t that the lot of all great kings and queens? During their lifetimes, they change the destiny of their people for better, or for worse. But once they’ve lost their physical hold on this world, they were reduced to an industry fodder for the generations to come.

Rani Padmini has served Rajasthan since the time her story was made known by Colonel Tod. Tourists flock to see her palace, the lake and the (I suspect, PWD) mirrors that transported her reflection to Alauddin Khilji. Her tale is manipulated to suit the requirements of the audience. In the Victorian age of honour, it was a tale of honour. In this age of lonely nuclear families, where the soap opera cast doubles up as surrogate joint-family offering a ringside view to private troubles, it is the relationship of men and women that draws an audience. 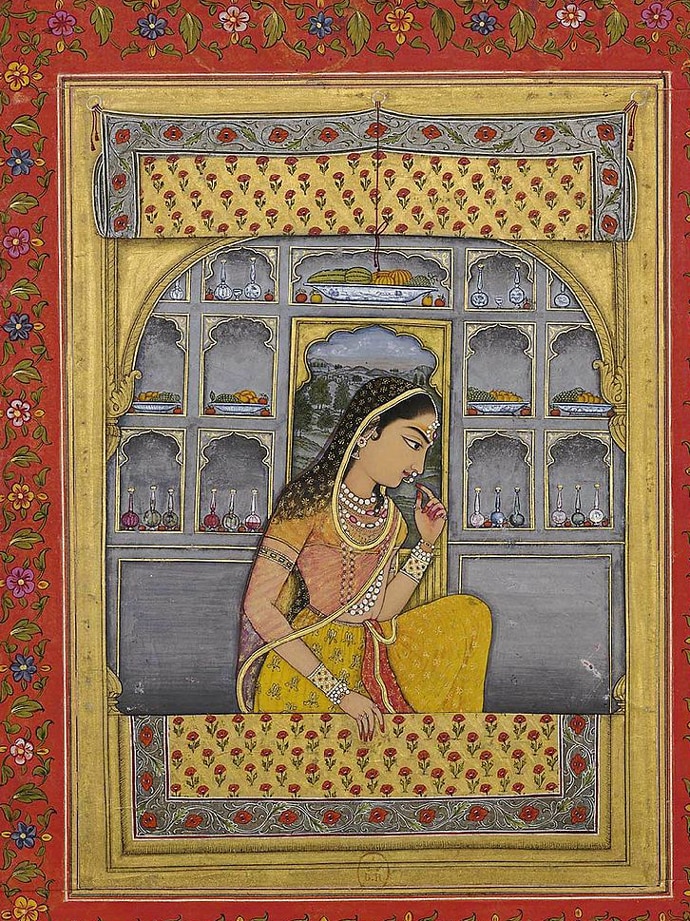 She cannot escape her fate any more than the flesh and blood emperor Suleiman the Magnificent. The longest reigning Ottoman emperor is today reduced to, in popular imagination, an incredibly wealthy and powerful man obsessed with a western slave girl. Protests swept through Turkey when the TV show, Muhtesem Yuzyil, or Magnificent Century was aired. The prime minister rained fire on the producers and threatened legal action. Meanwhile, the country quietly raked in the profit. From a mere $1million in 2007, foreign sales rose to $130m in 2012. The wealthy Turkophile Arab world diverted its tourists to wander in Topkapi palace. With Netflix streaming the series, 200 million viewers in more than 50 countries were added. Tourism numbers increased from 10 million in 2000 to just under 40 million in 2016.

As BBC writes: When we think of the monarchy we almost immediately think of something anachronistic, something over. Something belonging solely in history, at best charming, but really faintly ridiculous, clearly kitsch and only for the tourists.

The word "tourist" is the operative word here.

The country that gave us Victorian values then moved on to mocking our Rajput kings calling their commoner wives "concubines", has now shaken its hair loose. Its 86-year-old queen participated in a stunt with James Bond, delighting the world during the London Olympics. It was a bit of laugh she told the Daily Mirror. Translation: more income for Great Britain.

Movies taking dramatic liberties and embellishing the details of the lives of Elizabeth I and Henry VIII drive tourists to their castles and increase the sales of coffee mugs.

But we need to accept, that as a country, we have not quite gotten there. As a saving grace, the royal family of Mewar has long declared Padmini a mythical queen. Eternal Mewar, the Maharana Mewar Historical Publications Trust, a subsidiary trust of the Maharana Mewar Charitable Foundation, that came into existence, under the guidance of his late highness Maharana Bhagwat Singhji Mewar, in the early 1970s encourages research work in areas as diverse as Indian history, culture, indigenous languages and literature. And they write:

"If all else is fable at least there was substance to the wholesale jauhar of the women and the men's suicide charge. This happened two more times when Chittor was besieged, in 1534 and, finally, in 1568. On each occasion, thousands of brave men and women gave their lives for Mewar. Fact or fiction, the tragedy of Padmini remains a most inventive, passionate and exciting tale." What Bhansali needs to do is be truthful

The movie is historical fiction. The name of a queen from the dynasty of the Guhilot Rawals is not being bandied. Nor does the present dynasty of Sisodia maharanas, who gained the throne as a direct result of Allauddin Khilji’s siege, need to worry about Bollywood character certificates being issued to long dead relatives. In this matter, I am in whole-hearted agreement with Trivikrama Kumari’s article: "Don’t Mask Masala as History".

After this is done and all the publicity, both positive and negative, has accomplished its results it will be a crying shame if the movie falls short of being a heady mix of slick production, storylines full of passion and intrigue, beautiful actors and actresses (that’s been covered), and iconic Rajasthan locations.

It will be an embarrassment if it fails to give Rajasthan tourism a shot in the arm.