Was Mr Darcy the original negger? No, but Pride and Prejudice has been a victim of negging

Popular culture, as it fetishises the sexy Darcy, has robbed him of nuance.

It is a truth universally acknowledged that “edgy intellectuals” dislike Jane Austen, especially Pride and Prejudice, her lightest, brightest and most sparkling novel, which, to some evolved minds, has a distastefully happy ending.

One of the reasons the book is disliked is because it’s so universally liked — more than 200 years after it was published, it continues to inspire adaptations, spinoffs, discussions and debates, leading to fresh examinations and not-so-fresh conclusions about it. One such discussion was recently held at the Cheltenham literature festival in England, where an idea was floated that it was Mr Darcy who came up with the practice of “negging”. Yes yes, that lake scene: Pop culture's Mr Darcy is far hotter than Austen ever intended him to be. (Photo: YouTube screengrab)

For those unfamiliar, “negging”, Wikipedia tells us, is an “act of emotional manipulation whereby a person makes a deliberate backhanded compliment or otherwise flirtatious remark to another person to undermine their confidence and increase their need of the manipulator’s approval.” For e.g., “For a fat person, you are pretty”.

Writer Dolly Alderton, who accused Darcy of negging, made another serious charge: “Him being held up as a romantic hero is a myth which has had a really insidious ripple effect on dating culture right up until now.”

But in this article, I intend to examine if he is indeed a negger, if popular culture, while fetishising him, has also distorted him, and most importantly, if Pride and Prejudice is itself a victim of negging.

Alderton, when she accused Mr Darcy of negging, cited the example of “she is tolerable, but not handsome enough to tempt me”, which Darcy says to Bingley when the latter asks him to dance with Elizabeth Bennet at the Netherfield ball.

This is a classic negger statement — attempt to hit your confidence, hint I might still like you.

However, this is hardly the worst example of negging in the book. There is Darcy’s first proposal to Elizabeth, where his declaration of “love and admiration” is immediately followed by a detailing of “his sense of her inferiority — of its being a degradation — of the family obstacles which judgment had always opposed to inclination”.

Going by dating and mating rules, this seems to be quite an open-and-shut case of negging. But, but.

A crime to be proved requires intent and motive. I hereby plead that in the first case, Mr Darcy lacked both. He did not intend for Elizabeth to hear his remarks, and by that point, was not trying to get her to like him. 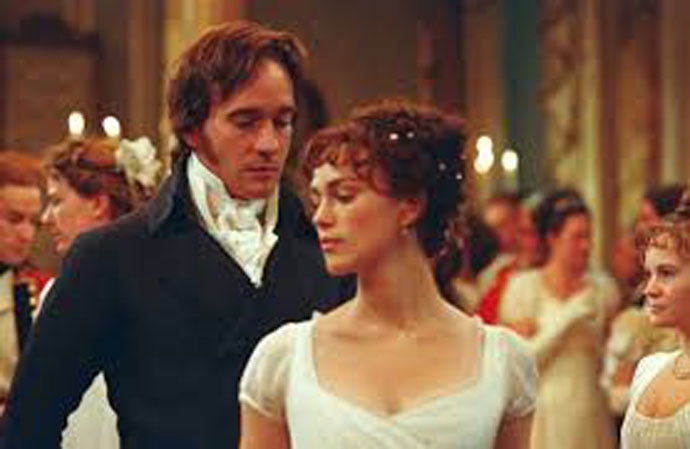 Neither is the prize: Darcy and Elizabeth is a union of equals. (Photo: YouTube screengrab)

The second instance matches these criteria — the remarks are addressed directly to Lizzie, and he is making an actual proposal.

Now, Mr Darcy had a number of undesirable traits — he was rude, he was snobbish, he was arrogant. But negging requires malice, a degree of social suavity, an ability to manipulate. Throughout the book, it is manifest that Mr Darcy lacks all of these — he is awkward, socially inept, has never associated with homo sapiens enough to understand the complexities of how the human mind works.

As Alderton herself says, he is “conceited, bullish and rude snob who… needs to check his privilege”.

Mr Darcy was liked by all who knew him intimately, but found “forbidding and disagreeable” in social scenarios. A man crafty enough to be a negger would have the social sense to be more likeable, to be more conscious of his image — something Mr Darcy’s supporters are still having to write articles to defend.

Mr Darcy as the romance hero

The Mr Darcy who has been passed on in popular culture is more trope, less character. As he is turned far hotter than Austen ever intended him to be —Smithsonian  says he “has a sizzle that transcends time” — a lot of the subtleties and nuances that made Pemberley’s master endearing have been lost.

And in this distilling, a very harmful brand of ‘hero’ has survived — a sexy rich man who is rude and arrogant but can be counted upon to save the day, and is later turned into a happier, more life-affirming  person by the love of a good woman, whom he had mistreated. An abusive, hard-to-get man, but oh what a worthwhile prize!

This is grossly unfair to Austen, Darcy, and Elizabeth. Not quite as perfect a union: One of Pride and Prejudice's many adaptations. By far not the best. (Photo: YouTube screengrab)

Elizabeth does not “win over” Darcy, he woos and wins her. He is indeed snobbish and rude, and this is where Austen’s choice of Darcy’s ‘hero moment’ must be applauded. When he tracks down Lydia and Wickham and arranges their marriage, he is getting involved in exactly the sort of sordid scandal his aristocratic self would most flinch from. In saving Elizabeth’s family from dishonour, he is also saving himself — shedding the snobbish trappings he had prized all his life.

There is a reason Austen didn’t get Darcy to rescue Lizzie from a burning building or her father from crushing debt— the kind of obvious heroics later-day romance heroes perform.

Austen’s romances, for all her happy endings, are as far away from fairy tales as possible, and Darcy’s flaws — very probable in an introvert aristocrat of his age, and which Austen not once tries to whitewash — make him real.

Both Lizzie and Darcy learn and grow, shedding their prides and prejudices, which makes them deserve their happy ending.

And this brings me to the end of my treatise: Pride and Prejudice is a victim of systematic and sustained negging — “Oh, it’s clever for a chicklit.” One of the most popular works of literature ever was written by a woman. (Photo: Wikimedia Commons)

Pride and Prejudice is loved even by the hoi polloi. One of the most popular works of literature ever was written by a woman. Of course some “intellectuals” love to hate it, even as they concentrate only on the pop culture version of it.

To call Pride and Prejudice only a love story is to call Macbeth the story of a bitchy wife. Yet, the image persists — a lot of men I know don’t admit to liking it because it is “too girly”.

Of course Pride and Prejudice is a romance, but it is also one of the snarkiest, most ironic, deliciously cool, yet biting, comedy of manners ever written.

“Intelligent intellectuals” have been unkind to it, as has gushingly admiring popular culture. Maybe it is time we ditch the terrible sexy Mr Darcy trope, and concentrate more on the flawed but sensitive, and most importantly, gentlemanly, individual Austen created.

Also read: Netflix’s Maniac: In an eerie, quixotic tale of mental illness, a message of hope

#Negging, #Cheltenham literature festival, #Mr darcy, #Pride and Prejudice
The views and opinions expressed in this article are those of the authors and do not necessarily reflect the official policy or position of DailyO.in or the India Today Group. The writers are solely responsible for any claims arising out of the contents of this article.