Every Netflix original dips in the second season, after delivering a punch in the first, only to pick up in the third.

Well, that’s what I did with Sacred Games 2 from the night of August 15 to the next morning. Eight episodes, each at least 45 to 53-minutes long, if not more, and a series of interconnected, complex, convoluted plotlines heading towards the end — or, so you think.

But the most important addition is that of Pankaj Tripathi as Guruji — or, as Ganesh Gaitonde (Nawazuddin Siddiqui) would say, “Mera teesra baap!”

And therein starts the disappointment.

I believe there’s nothing Pankaj Tripathi cannot do in terms of acting. The script, however, has to allow his character the scope to leap to that height. At the risk of being judged, Sacred Games 2 doesn’t quite allow Pankaj Tripathi that long a rope. Guruji is introduced as the main man who controls the whole game. And you realise that ten minutes into the first episode. What we needed was to see his charisma — and his evil — unfold on its own, rather than having to hear it over and over again, from the mouths of his various subsidiaries. 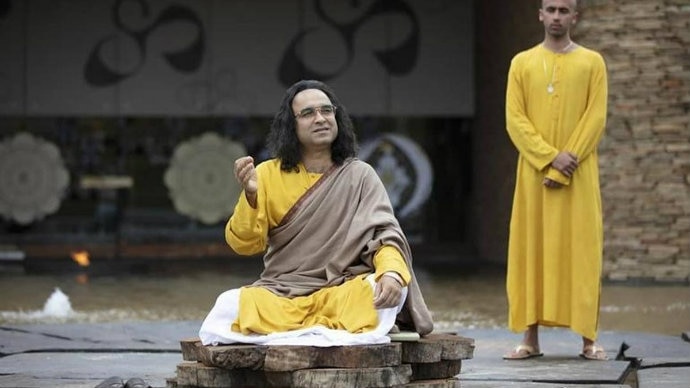 Guruji is shown as a man who is blessed with hypnotic powers, he uses sex to calm you, leash you and then, unleash you — like a number of godmen we’ve heard about, and he weaves seemingly disparate stories together with his own interpretation of what the ending would look like, to preach his sermons and brainwash you into believing his truth. He is clearly not a man of average intelligence if he has to keep pulling off this con.

Which is why the show’s incessant attempt to hammer it in through Gaitonde, “Kuch toh baat hai Guruji mein” was unnecessary.

Ganesh Gaitonde's sharp edges seemed to have been smoothened out, leaving us with a character you feel sorry for — rather than fear.

Sartaj Singh though has a seat at the table now, a sharp contrast to how his colleagues treated him in the first season. He remains true to his non-heroic hero self, just the way we remember him. But neither of the new characters have been fleshed out enough, with little or no emphasis on their backstories. In Sacred Games universe, where each one's past is directly responsible for their present and future, and is directly linked to one another — like Sartaj's father Dilbagh Singh and Gaitonde's connect, or the only new glimmer of hope where Sartaj turns out to be related to Shahid Khan — this is criminal.

Kuku was missed, although Gaitonde and Guruji's chemistry somewhat makes up for it.

Jatin Sarna as Bunty has turned into a Circuit to Gaitonde's Munna Bhai — and he is not fun without his 'chhatri' lines! 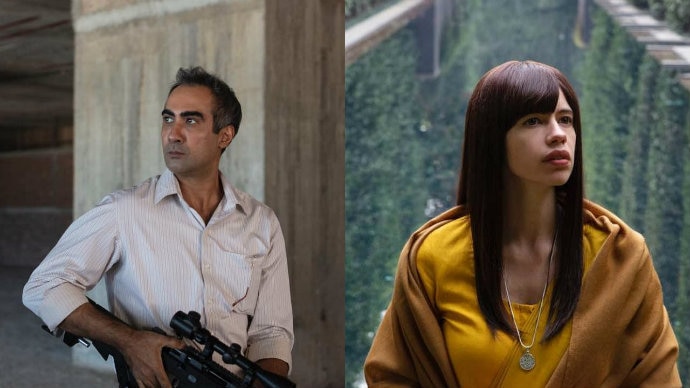 Looks thin: The newer characters haven't been fleshed out with little or no emphasis on their backstories. (Photo: Netflix screengrab)

If the first season gave you an outstanding build-up, the second kind of dropped the ball a bit, but I will hardly blame the makers of the show for it. To me, it looks like a pattern Netflix sticks to with most of its originals. Look at 13 Reasons Why and Stranger Things, for instance. Once it has captured the audience with a beyond brilliant first season, and it knows they will come back for the second — like ‘ghochi’, the little red pill in Guruji’s ashram — it puts the plot on simmer. Even if that leaves the audience unsatiated, the hook has pierced deep enough for them to still come back for a third.

And Sacred Games 2 does leave room for a third season, with just about 11 minutes left on the clock that started with “25 din mein Mumbai khatam.”

When it takes that towards a rather far-fetched impending nuclear attack on India, you believe that too. And you're scared at the same time. You know the world as we know it will end if this attack is successful — it is, after all, touted to be at least four times of what Hiroshima Nagasaki was. No fangs, no pangs: Sartaj remains the non-heroic hero, while Gaitonde has lost his sharp pangs. (Photo: Netflix screengrab)

But who is responsible for this attack — Sacred Games 2 gives you that answer, an answer you already knew — it is an accumulation of all our collective hate.

At the centre of this winding narrative is the message that the world, thanks to the hatred you feel for the one standing next to you, has sinned so far beyond repair, the only way to save it is to destroy it and start fresh. What comes after Kalyug? Satyug — because time, like the infinity loop, never stops or ends.

Guruji wants humankind and this world to redeem itself by restarting Satyug — that can only be achieved through complete annihilation, clearly through a nuclear attack.

Shahid Khan wants to end all Kafirs and a nuclear attack is a good way to do that.

Gaitonde is stuck in his own darkness — tamas — the fear of not being remembered.

And Sartaj suffers from an irreversible lack of self-worth for he just keeps looking outward for validation, rather than looking inward for peace.

Clearly, all these converging roads lead to one destruction.

Yet, is that the only answer?

In a particular magic realism scene, you are shown a smoke cloud after a nuclear explosion — that it looks uncannily similar to the tree of life makes you believe, even if it is for a fleeting second, that perhaps the only way all our fears, insecurities, hurts and evils can go away is if the world just ended today.

But Sartaj wakes up from that dream and you know the world will not end today. Or tomorrow.

And certainly not in such a clean sweep — for that would be too painless. Too easy.

Also read: Sacred Games: Me, my friend and Anurag Kashyap

#Nawazuddin Siddiqui, #Pankaj tripathi, #Saif Ali Khan, #Sacred Games
The views and opinions expressed in this article are those of the authors and do not necessarily reflect the official policy or position of DailyO.in or the India Today Group. The writers are solely responsible for any claims arising out of the contents of this article.