From Babur to Dara Shukoh: Fluid sexuality was never 'unnatural' during Mughal era

When Sarmad, the Jewish companion of Dara Shukoh, was put to death, there were many allegations against him.

But homosexuality wasn’t one of them. 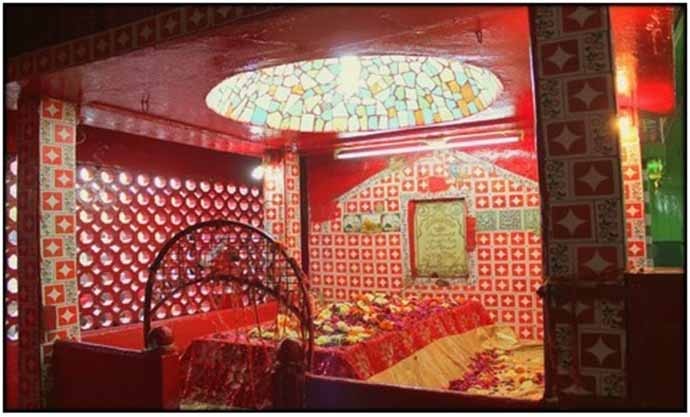 Tomb of Sarmad near Jama Masjid in Delhi. (Photo: Writer)

Sarmad was a Jewish rabbi who had migrated from Kashan to Mughal India and eventually joined Dara Shukoh’s services.

Some accounts claim that this rabbi had converted to Islam while others suggest that he was an atheist and an agnostic.

His execution in 1660 was a political act since he was associated with Dara, yet the justifications provided for the act were of moral nature, since nobody could be executed for merely going about naked, Sarmad was charged with denying Muhammad and was accused of reading half the kalma, of saying La Ilaha (There is no God).

Interestingly, in a 17th century world when people in the Mughal establishment were looking for reasons to behead Sarmad, they didn’t find homosexuality a reason enough to punish him, despite the fact that it was well established and known that Sarmad had fluid sexuality and he had helplessly fallen in love with a Hindu guy when he came to Thatta — it is reported that it was due to his love for this guy that he gave up everything and became a naked fakir. No sense of shame or fear: Babur wrote about his agonising suffering for the love of a boy. (Photo: Wikimedia Commons)

This incident can be seen as a comment on the attitude towards variant sexualities as was prevalent during the Mughal Indian period. The taboo that has come to be associated with the so-called ‘unnatural’ sexual relationships seems to be a pretty recent and modern phenomenon.

Babur's agonising suffering for the love of a boy whom he had to leave behind because of his political endeavours is well known and popular, only because he wrote about it openly in his memoirs.

There seems to be hardly any consciousness of these emotions being unnatural or forbidden in pre-modern mind.

In an interesting instance, two men lying close to each other on the same sofa were scolded not because they were doing something unnatural, but merely because one of them was a Brahmin and the other, a grandson of the mighty Bairam Khan.

The two men, it is informed, gave petty excuses after being questioned.

Not only men, flourishing of love and sexual relationship between women can also be found in contemporary accounts.

An important example can be that of Jahanara Begum, who was accused of having incestuous relationship with her father and who couldn’t get married.

It is reported that she had a special liking for one of her slave girls. Such was the love of the princess for the slave girl that once, during a dance performance, the girl’s raiment caught fire and to save her Jahanara Begum burnt herself.

The condition of the princess was critical and it took much time to recover from the injuries.

It can then be argued that the presence of emotional and physical attachment between persons belonging to the same sex was hardly anything out of ordinary for the people of the pre-modern India.

One thing that needs to be pointed out is that the sexuality of women in pre-modern times seems to be suppressed beneath many layers of patriarchal subordination, unlike the sexuality of men. This can also be a reason leading to flourishing of intimate relationships among harem inmates. Jahanara begum, it is said, had a special liking for one of her slave girls. (Photo: Wikimedia Commons)

During the later years, the Mughal princesses weren't being able to get married because of a number of political issues. In addition, they were denied any sexual pleasure. According to the rules of the harem, any object that could be used for sexual pleasure was not allowed. Vegetables like radishes and cucumbers weren’t allowed along with intoxicants like bhang, wine, opium and nutmegs.

Another important group which had been denied its sexuality seems to be the khwajasaras. This group included a varied range of people, including men with removed male organs, hermaphrodites and others. Information from the contemporary sources suggests that despite not having complete sexual organs, they still used to have relationships with women.

Some of the rich khwajasaras used to keep women in their houses — there must have been certain emotional and physical attachment between these women and the khwajasaras, because it is also reported that they had love affairs with women.

The fact that women weren’t supposed to hide from them was also an important reason behind development of such relationships. It was because of the prevalence of affairs of this nature that some of the nobles didn’t employ khwajasaras in their households.

These khwajasaras were in a position of taking sexual favours from women, who could also seek permissions and liberty to fulfil their own desires.

A contemporary observer of Mughal cultural life, Manucci, informs that some of the khwajasaras were the favourites of some princesses. Khwajasaras were coveted and desired by these women. Princesses, it is said, were liberal with them and they could request the khwajasaras to enjoy things that Manucci was shy to write about.

Further, in the same account, it is informed that khwajasaras were too friendly to women and their tongue and hands acted together in examining women. This comment can be looked at as a subtle comment on the nature of physical relationship as it existed. The fact that this information is provided in an account composed on the basis of information from the bazaar talks suggests that these kinds of relationships weren’t a taboo in the Mughal times and were widely prevalent.

Most of the khwajasaras were very religious in nature. It is said that they were strict observers of faith and were adamant in their beliefs. They could also be given duties of religious nature, as Badauni informs us about one Khwaja Doulat Nazir, who was a khwajasara and was appointed by Akbar to call for day and night prayers.

Khwajasaras also patronised the construction of mosques and religious establishments. One such mosque is still extant in Agra.

The religious establishments seem not to have control over the sexuality and sexual orientations of people in pre-modern times. Despite this, it cannot be claimed that the orthodoxy didn’t oppose the love and relationship between people of same sex.

Badauni, the orthodox historian of Akbar’s period seems to have disapproved such emotions and relationships. Thus, though it can’t be said that there was a complete absence of hostility towards ‘deviant’ sexualities, there was a wide acceptance of such deviances and the rigidity in the society had not yet set in. 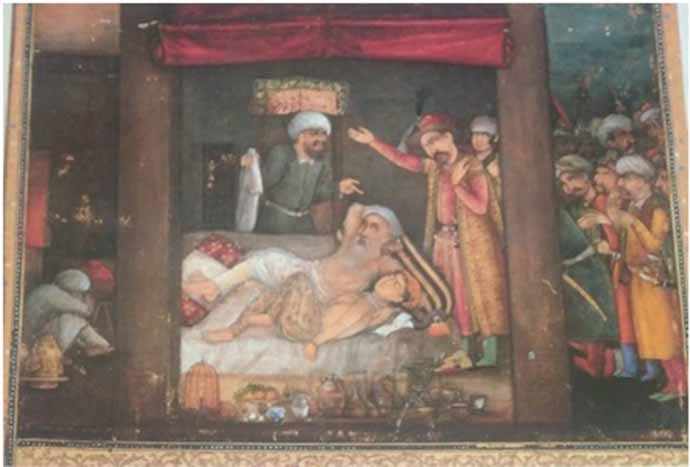 An interesting illustration from 1640 depicts an old Qazi being caught in bed with a young man. If one looks at the picture keenly, the attendant of the Qazi seemed to be questioning the people who were intruding in the private chamber of the Qazi.

Though the painting is an illustration of the text it is associated with, its illustration during Mughal India must reflect upon the time. The existence of this painting can be seen as a comment on the prevalence of homosexuality within the ranks of religious establishment. All these references suggest that a diverse range of sexual orientations and relationships flourished during the Mughal period.

Like the Mugals, contemporary dynasties of Ottomans and Safavids also had similar attitudes.

Shah Abbas (1588-1629) has been time and again referred to be fond of charming pages and cup-bearers.

The Ottoman ruler, Mehmed, had fluid sexuality where he desired young men and was captivated by their beauty. Persian poetry is full of references to homoerotic themes, and the fact that it was these Persian works of literature, of Hafiz, Sadi and others, which were a part of the main curriculum in madarsas across the medieval world reveals the attitude towards such themes during that period.