Why we love Shah Rukh Khan: He's one of us

The superstar is first one of the masses, from us, inspiring us, never afraid to love us back.

I was in Egypt earlier this year and during our day trip to Alexandria, none of the taxi drivers were somehow willing to drop us to the Citadel of Qaitbay from the bus stop, when suddenly, one guy slowed down his cab. There was refusal written all over his face — but when he learnt that we were Indians, something seemed to shift inside him. He not only agreed to drive us to our destination, but also became exceptionally chatty from that moment on.

And we soon were able to figure out the real reason behind this sudden change of heart — the connection was Mr Shah Rukh Khan.

Especially the one story which he kept repeating during our 20-minute ride, of how one of his happiest memories of spending time with his family was when they had all gone to watch Billu starring Irrfan and SRK, laughed and cried together, Billu remaining his favourite Hindi film till date.

In 2012, I was visiting New York with a cousin for work and on one of those freezing December nights, we found ourselves sitting on the famous red stairs on Times Square in the middle of the night, the place buzzing with young people even at that hour. The only Indian film playing at the AMC Empire 25 theatre nearby was Jab Tak Hai Jaan. We were starving and when my cousin went to buy us both sandwiches while I waited, an African-American teenager came up to me and said she had overheard our conversation and wanted to ask if we were from India.

When I said yes, she asked me if I knew Shah Rukh Khan.

Her friends standing behind her were giggling, but I could tell she had asked the question in all earnestness. To her dismay though, I had to inform her that I, in fact, knew him well but unfortunately, he did not know me at all. She was heartbroken, I could tell, but even during that trying moment, she managed to request me to spread my arms ala SRK and pose for a photograph with her because this was the closest she had ever come to anybody who was actually from India. 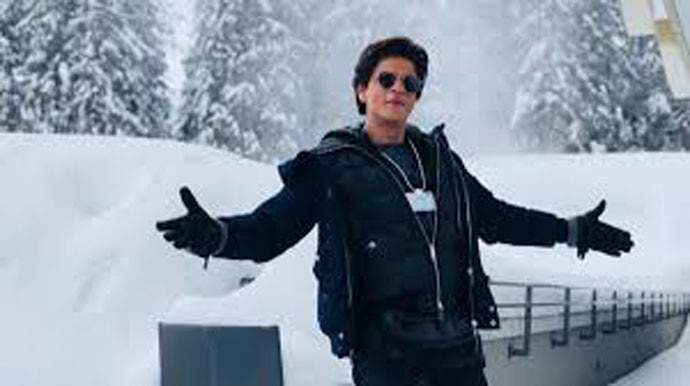 The whole world knows how to strike that pose! (Photo: YouTube)

And these stories are not exclusive to me.

I have met so many people from various fields of life who have similar stories of their own — that no other Indian star owns the crowd as well as Shah Rukh does is old news. But it’s also true at the same time that no other star is owned by his audience as much as him.

Despite his meteoric rise to fame in the 90s and his incomparable stardom, he never became a celestial figure whom the common person on the street couldn’t touch or possess. His Brobdingnagian ambitions when he entered the movie business reflected the middle class’s aspirations, his constant need to make everyone love him made him — unlike most of his contemporaries—forever ready to please them, whether by giving a speech at Yale or just climbing on a platform and waving and dancing for the thousands waiting to get a glimpse of him outside his bungalow in Bandstand. 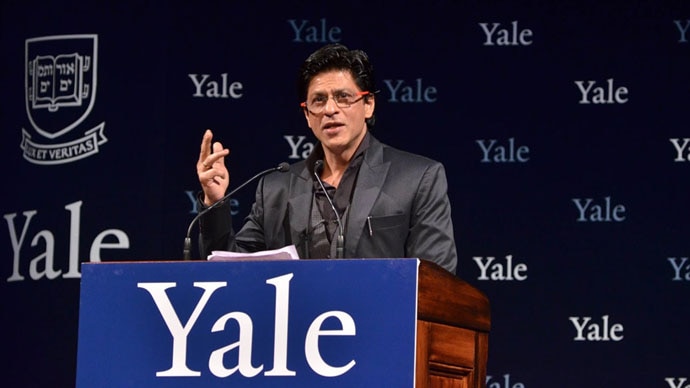 His rebellion too was always relatable. And by that, I don’t mean getting into a brawl with the Wankhede security, but his general tendency to swim against the tide. Some of his most appreciated roles were ones rejected by other superstars because of their unconventional nature — whether Baazigar, Darr, Dilwale Dulhaniya Le Jayenge (for its time, it was unusual for a romantic hero to be a lying, drinking philanderer) to the more recent Swades and Chak De! India. SRK is a superstar second, and an intelligent Indian citizen first. (Photo: YouTube)

His films, although more often successful than not, haven’t done the numbers of late when compared with the two other Khans; nor have they been acclaimed critically.

But Shah Rukh Khan’s stardom was never about the cinema he made—which even his greatest admirers would admit were very rarely path-breaking. The greatest quality of his celebrity has always been the belief in the film-going audience’s mind that he is one of us.

For those of us who grew up watching him sell us convincing popcorn dreams, and for those who came and will come after us, he’s the one who gives us something common to talk about, whether we are in Meerut, Delhi, Durban or Alexandria. No matter where you go, you’ll meet at least one person who knows the name 'Shah Rukh Khan'.

In a world which is perennially conspiring to distance one human being from another, he helps us break the ice.

Should we still ask for more?

Also read: Shah Rukh Khan: As he celebrates his birthday, Bollywood's 'Baazigar' should rock the box office too