Inspiring, provocative, yet completely poised — the Indian Air Force is at the heart of many a Bollywood war drama!

Valour, bravery and nationalism — if cinema, in some ways, is about inspiring people, can Bollywood stay away from these themes? Most definitely not.

And therefore drawing inspiration from the Indian Armed Forces is obvious.

Now there have been a slew of Hindi films on the Army — of cource, Uri: The Surgical Strike, starring Vicky Kaushal, is the first to come to mind at the moment. But one cannot forget awe-inspiring films like Border, LOC Kargil, Paltan — all from the house of JP Dutta, Parmanu: The Story of Pokhran, Aiyary, Holiday: A Soldier Is Never Off Duty, Lakshya, Shaurya... the list is long.

When it comes to the Indian Air Force, however, Bollywood has fewer films to offer.

Here's how Bollywood has portrayed Indian Air Force pilots in some glorious films: There is no way one can forget this film that put Rajesh Khanna on the map — with songs like Roop Tera Mastana and Mere Sapno Ki Rani, Shakti Samanta's Aradhana has turned out to be a cult film, even as it turns 50 this year.

And no way can we forget that Rajesh Khanna played an IAF pilot in the film, and it is only after his tragic death does Sharmila Tagore's hapless story unfold. In fact, Khanna essayed a double role in the film — and had the same profession both as the father and the son. Talk about valour! 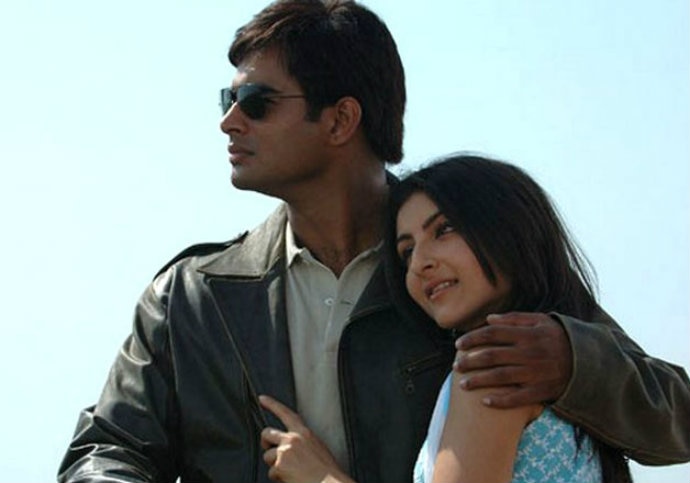 What is Rang De Basanti if not an outburst of angst? And therefore, R Madhavan's death as a MiG pilot is exactly what sets the entire tale in motion. After Flight Lt. Ajay Rathod is killed in an air crash, the government proclaims that the crash was caused by pilot error and closes the investigation. And when all official doors close, the five friends are forced to take the law into their own hands. Shah Rukh Khan's 'Veer' is an Indian rescue pilot — and it is on one of his rescue missions that he first meets Zaara (Preity Zinta).Though the rest of the film is about unrequited love and never giving up even through all the struggle, Shah Rukh's profession is a catalyst in the film. Veer was held captive in the jails of Pakistan for about 20 years — yet he never gave out national secrets, like so many of our war heroes. Perhaps the most realistic film about the Indian Air Force, the films follows the life of a confused teenager, searching for purpose. When he chooses to become a fighter pilot with the Indian Air Force, and goes on to fly an MiG-21, emerging victorieous during the India-Pakistani War of 1971, he finds the purpose he had been looking for all along.

And becomes the vijeta of his own destiny as well.

This JP Dutta film follows the Battle of Longewala, where the Indian Army — with a battallion of 150 men — fought agaisnt 2,000 soldiers from Pakistan.

And just when it seemed the Indian side was apparently going down, a counter attack by the Indian Air Force — eliminating the enemy — turned the tables completely.

If you thought this is all cinema, well, it's not!

Also read: Escalations likely after Balakot attacks. The question is when?