The year 1981 remains historic for the Indian art and culture scene for a number of reasons. I consider one book - Salman Rushdie's Midnight's Children - and two films - Muzaffar Ali's Umrao Jaan starring Rekha as the eponymous courtesan, and Aparna Sen's 36 Chowringhee Lane, starring Jennifer Kendal - as the aesthetic milestones of that year. Particularly, Midnight's Children and 36 Chowringhee Lane, for their staggering contributions towards birthing the Indian novel and the Indian cinema - in English, respectively.

Of Midnight's Children, much has been written, but essays could be dedicated to that year of its publication and the famed Booker win - 1981, alone. Post-Emergency, India was suddenly a hotspot of creative energies, and in Calcutta, Aparna Sen's first directorial venture was brought to life by the wonderful Shashi Kapoor - stage thespian and co-founder of Prithvi Theatre, patron of alternative cinema through his production house Film Valas, and now the curator of dreams, ambitions, and in fact of genres. 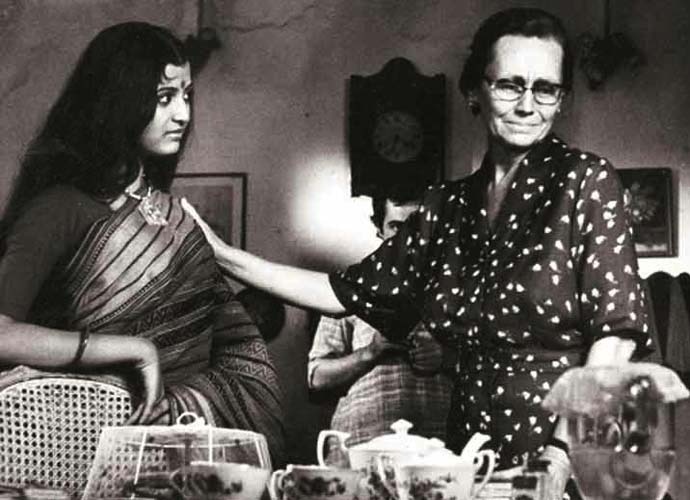 A still from 36 Chowringhee Lane.

Shashi Kapoor's decision to produce the film also precipitated one of the most memorable roles ever played on Indian celluloid - with Jennifer Kendal, his wife, essaying the character of Violet Stoneham, the Anglo-Indian grammar school teacher, leading a lonely life, and finding solace in Shakespeare and a cat, Sir Toby. In fact, the story goes that Kapoor's fellow stage veteran and Shakespeare aficionado, Utpal Dutt, advised Aparna Sen to cast Kendal in the role, and that her being the producer's wife made merry arrangement merrier.

36 Chowringhee Lane was a story written by Aparna Sen herself, and when she had shown the script to Satyajit Ray, the universal mentor of younger Bengali actor-directors, he had suggested that she make the film herself. That turned out to be one of Ray's many visionary responses, because not only Sen brought in the dual language consciousness now commonplace for her generation, she also showed how language negotiations worked in a postcolonial city like Calcutta, home to a large Anglo-Indian population, as well as the centre of constant literary and cinematic experimentation.

The film turned out to be a Kapoor-Kendal family affair. Produced by Shashi Kapoor, starring Jennifer Kendal in the female lead, it also had Geoffrey Kendal, Jennifer's father and a British stage legend, play Eddie, Violet's brother in the film, as well as Shashi-Jennifer's daughter Sanjana as the young Violet, and son Kunal as the young Eddie. In addition to the Kendal-Kapoors who played the Anglo-Indians, given their British-Indian features, the Bengali characters were played by Dhritiman Chatterjee and Debashree Roy, the former a favourite of Ray and the latter just starting out, a competent rising star of Bengali cinema, whose pairing with Prasenjit Chatterjee would light up commercial Bengali celluloid for the next decade and half. 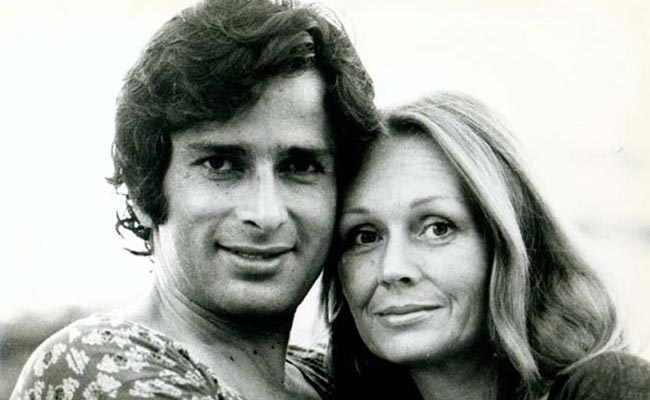 It's quite evident that 36 Chowringhee Lane is situated at the cusp of two great moments of Indian art and culture. Its effortless use of English and Bengali - the languages Samaresh and Nandita, the young Bengali lovers, deploy to chart their romantic course in Anglo-Indian Violet Stoneham's flat, is without any chip in the shoulder. Stoneham, who is Nandita's former English teacher, is lonely after her niece Rosemary (a lovely Soni Razdan) gets married, and with Eddie, her brother, in a mental asylum, there's not much to look forward to in Stoneham's life.

In fact, Stoneham's love of Shakespeare, also her subject in school that she teaches to students completely unhinged from the reverence that their teacher feels towards the Bard of Avon, is directly contrasted with an India of daily linguistic jugaad, from the vegetable vendor, to the rickshaw-puller, and of course, the aspiring author Samaresh, who asks the gullible Stoneham to let him use her flat when she's away teaching, so that he could "finish his novel". Of course, that quickly becomes an excuse for Samaresh and Nandita to use Stoneham's apartment as a convenient sex-pad, ideal for their clandestine meets at a time when unmarried lovers thirsted for some privacy and intimacy.

The sexually active lovers are also brilliant actors who persuade Stoneham of their friendship, taking her out for fuchkas and street food, make her laugh, give her company, enough to make her fall for their friendship, expect them to be around, show reciprocity of affection by inviting her after they do get married. But this is bourgeois Calcutta at its forgetful best, casting aside its old residents like relics of a bygone time. Stoneham's realisation that she's not wanted by Samaresh and Nandita, who now have a society-sanctioned home after their marriage, is also mirroring the rejection and confusion felt by many Anglo-Indians, caught in the gap between the British Empire and the postcolonial India, eager to shed off its colonised skin, looking confidently a lighter shade of brown, also reinventing the English language for the British, like the novelist in Samaresh.

Through Violet Stoneham, Jennifer Kendal made a space for herself in the annals of Indian cinema, and she died just three years later, in 1984, leaving Shashi Kapoor "heartbroken". The film though birthed a whole new genre, the indigenously produced Indian Cinema in English, not the nostalgia-stamped Merchant-Ivory productions that drew its money from Britain, but its spunkier, smarter, more Indian cousin. In fact, 36 Chowringhee Lane could be seen as the great mother that spawned both Indian Cinema in English, with films like English August, Split Wide Open, Mr and Mrs Iyer, 15 Park Avenue, among others, and also led to the proliferation of British South Asian films that followed in second half of the 1980s, putting brown skin on British silver screen, particularly the ones scripted by Hanif Kureishi and directed by Stephen Frears, including My Beautiful Laundrette, Sammy and Rosie Get Laid, as well as Ayub Khan Din's East is East, etc. A still from Sammy and Rosie Get Laid.

Shashi Kapoor played the main male character, Rafi, Sammy father's in the film Sammy and Rosie Get Laid, which was one of his biggest crossover ventures after Jennifer Kendal's death, that portrayed an interracial couple - a Pakistani husband and an English wife - the new reality commonplace in postcolonial Britain. Much like Kapoor-Kendal's own transcontinental marriage, going against their respective families, all for love, in 1958, the young lovers, Sammy and Rosie, are also fighting the residual Empire/imperial hangover that Britain has never been quite cured of. Those years under Conservative prime minister Margaret Thatcher mirror somewhat the years before and after Brexit, making interracial romance a political talking point once again.

In all this, Shashi Kapoor existed like a many-legged being, straddling countries, continents and genres, moving from the stage to the film, going behind the camera, and also letting a new crop of filmmakers like Aparna Sen, those with a new, confident visual and ideological grammar, less constrained by history, but aware of its betrayals, its hiccups, its sighs, its cries and whispers, flourish. In all this, Shashi Kapoor's elite ease with the English language transformed into a generation of Indians growing up with it as their second or third language, fluent in its internationalism, the confluence of ideas that it ensured, access to the world beyond India, and experimenting with the doubleness of being.

The forked-tongued Indian in Samaresh and Nandita is the smart-alec postcolonial subject, who treats the British Empire as just another chapter in India's longer, civilisational history. But Violet Stoneham, product of that continental miscegenation, too white-skinned to be completely Indian and too hemmed in by the Indian domicile to be fully British, remained the unaccommodated, the forgotten and neglected. And, 36 Chowringhee Lane, a film that delicately depicted that love and loss, capturing it in a brand new tongue, owed it to Shashi Kapoor for embodying those emotions, for showing it the way.

#Shashi Kapoor, #Jennifer Kendal, #Midnight's Children, #36 Chowringhee Lane
The views and opinions expressed in this article are those of the authors and do not necessarily reflect the official policy or position of DailyO.in or the India Today Group. The writers are solely responsible for any claims arising out of the contents of this article.