When power becomes her

Mishra's inversion of power as feminine is striking

Satta hamari virasat hai, mushkil se banayi hai, says Saurabh Shukla's Avdhesh Pratap Chauhan, while explaining to his nephew why Paro's insistence on nyaya (justice) over satta (power) is wrong. People even align with murderers of their family for power, he tells him. "Raajniti main yeh sab chalta hai," he says. That is the way of the world, and certainly of Dev's world of political power.

The place is Jahana, Uttar Pradesh, a world of crumbling mansions, of shadow women, ghazal mehfils, Macallan-Glenlivet evenings, vast farmlands that are waiting to be turned into bauxite mines, abductions as part of courtship, and guns and Toyota Fortuners as the answer to everything. This is what power looks like. A brother gets blown up in a helicopter immediately after a rally where he is defiantly protesting against a dam which will displace villagers. His younger brother, recently anointed as the heir of the political party, takes over. Years later, the late brother's son, Dev (Rahul Bhat), returns from Delhi, high on heroin and love of his life, to seemingly take over the family business.

The family business is power - and though they are not in office, they do, like most political families, have their assortment of bagmen, goons, and henchmen. Image is everything here. Weddings have to be attended by chief ministers, pictures have to be taken with the “powers that be” in close proximity - every image is a message to investors. The value appreciates or declines with every such event. But this is power as a masculine entity. 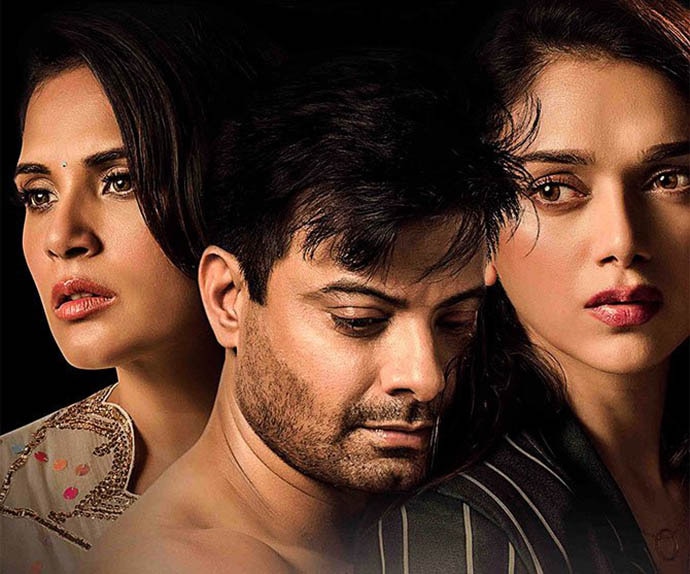 Chandni is the cynic, the realist, the soother of fevered brows.

Sudhir Mishra's Daas Dev inverts this Hamletian tale and gives the two women, usually long-suffering victims of Devdas' alcoholism, some agency. Paro (Richa Chadha) is Dev's childhood friend-turned-lover, but for her, personal is political and vice versa. She cannot stand injustice being done to her family by her lover and sets in motion a chain of events that cause the notion of power as muscular and masculine to be challenged. Chandni (aka Chandramukhi), the executive assistant-cum-chief bait of SK's empire, which exists only as long as Avdhesh's party remains a challenger, is as much a catalyst as Paro, masterminding executions and instigating heart attacks to ease Dev's ascent.

Chandni is the cynic, the realist, the soother of fevered brows, and the smoother of ruffled feathers. Aditi Rao Hydari is again brilliant as the shrewd Chandni - she has been taught to protect her investment and she does it effectively. Both women know of Dev's frailties and have little patience with them, choosing to treat him like the puppet he is. It is a parable for our power-obsessed times.

They get on with their lives, refusing to be cowed down by circumstances. For them, sex is not sacrosanct; it can be used as a negotiating tool when required. There are other equally fierce women in the frame - Dev's mother, played by Suhaila Kapoor, who is keeping the inheritance alive for her son, and Paro's mother who is nursing a decade-long grudge against the Chauhan family.

Mishra's inversion of power as feminine is especially striking in a scene which alone is worth the ticket price: Dev goes looking for an antagonist at his home where he is greeted by his three wives and fifteen daughters who present a calm fortress against his rage. It's the women again, who have to pay the price for their husband's stupidity, but they do it fearlessly and with a quiet resignation that makes a mockery of the prancing poseurs, who are their men.

The movie begins with an invocation to Sarat Chandra Chattopadhyay and William Shakespeare, but also notably to Mishra's grandfather, the veteran politician, DP Mishra. He didn't think that one should inherit power purely because of an accident of birth, writes Sudhir Mishra. He cast his children and grandchildren out into the world. Good for us. It gave us Sudhir Mishra's filmmaking. It is not perfect. It is messy, noisy, jagged, and uncomfortable. But it is worth watching, as a social document, and a parable for our power-obsessed times.