Why Urdu poetry is anti-Islamic

Many Muslims think Urdu is their jagir, though they know little of this great language.

I had once been invited to an Urdu poetry function in Lucknow, where a young Muslim woman said that she wants her children to learn Urdu, so that they could read the Quran. To this, I told her, "Ma'am, the Quran is in Arabic, not in Urdu. And there are more Ramayanas in Urdu and Persian than Qurans."

It was obvious this woman knew nothing about Urdu.

It is a common misconception that Urdu is the language of Muslims, and many Muslims think that Urdu is their jagir (fiefdom), though they know little of this great language.

I have written two articles on Urdu which can be seen online: 'What is Urdu' and 'Great injustice to Urdu in India'.

In fact, Urdu poetry is anti-Islamic.

Now, Islam forbids drinking, but this is what the greatest Urdu poet says. 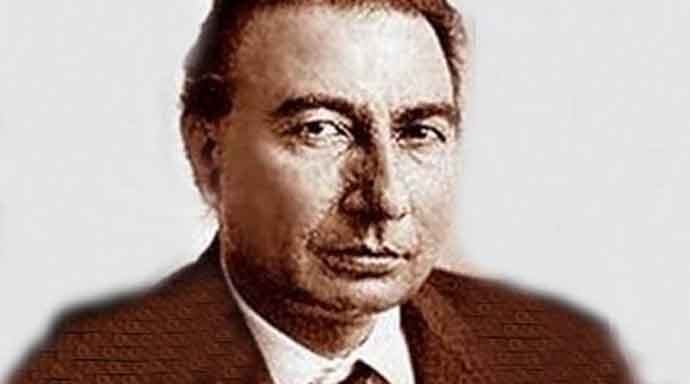 The bard of love and revolution, Sahir Ludhianvi. (Credit: YouTube)

Since the dawn of time, human imagination has been imprisoned by these falsehoods.

And here are a few verses from the Urdu Ramayana of the great Urdu poet Chakbast: I can quote from this Urdu Ramayana on and on. One feels he is reading Tulsidas' Ramcharitmanas, it is so touching. I also can quote countless shers by revered Urdu poets like Mir, Ghalib, Faiz, etc., attacking Islamic fundamentalism, just like Kabir did.

Urdu poetry follows the tradition of Kabir and the great Sufi saints who believed in universal brotherhood and humanitarianism, and attacked religious extremism and bigotry. Urdu poetry is largely a poetry of protest, protest against the afflictions of the common man, and against injustice, both by human despots and by inhuman rigid social and religious customs. I venture to submit that no poetry in the world expresses the voice of the human heart in the manner, and with the elegance, as Urdu poetry does.

By attacking religious bigotry of the Wahabi type, or the kind currently being preached by religious fanatics and bigots in our sub-continent (both Hindus and Muslims), Urdu poetry is even more relevant in India today.

#Secularism, #Language, #Muslims, #Urdu
The views and opinions expressed in this article are those of the authors and do not necessarily reflect the official policy or position of DailyO.in or the India Today Group. The writers are solely responsible for any claims arising out of the contents of this article.