One wonders if these films would work if released today.

When it comes to milestone films, them being a statement of the times they were made in and the times that they are seen decades later is a big factor in adorning the element of timelessness. Guru Dutt never recovered from the failure of Kaagaz ke Phool, a tale of a filmmaker falling in love with the actress.

Ironically enough, some of the films that are today considered ‘timeless’ and even the gold standard in their genres such as Kaagaz Ke Phool (1959), Silsila (1981), and Andaz Apna Apna (1994) were not just commercial and critical misfires when they first released but also termed ‘ahead of time'. Although one cannot discount the element of a cult following that rediscovers these films and helps transform their status over a period of time, the factors that probably worked against them in the first instance such as the casting, the climax and the resolution that it offered, invariably end up becoming the very thing that embellishes them with greatness.

Despite being blessed with a great script, gripping narrative and superlative performances along with memorable songs, films such as Kaagaz Ke Phool and Silsila made more news for their casting.

It was amidst rife rumours of an affair with his leading lady, Waheeda Rehman, that Guru Dutt announced Kaagaz Ke Phool that followed the life of a filmmaker who falls in love with the actress he discovers.

India’s first Cinemascope film, Kaagaz Ke Phool was acknowledged as a great technical achievement right at the time of its release, but perhaps the reality of the off-screen drama surrounding it and the tragic ending that now appears too prophetic could have been a little too much for the audiences to swallow.

Dutt never really recovered after the failure of Kaagaz Ke Phool and this was also the last film he ‘officially’ directed as he felt that his name spelled doom at the box office.

Similarly, the casting coup of Silsila that featured Amitabh Bachchan, Jaya Bhaduri and Rekha in an onscreen love triangle that reflected the alleged real-life rumours of an extramarital affair between Bachchan and Rekha became the focal point of the film, at least, as far as the marketing of the film was concerned.

The original cast featured Parveen Babi and Smita Patil in the roles, later essayed by Rekha and Bhaduri, but legend has it that after reading the script Bachchan was asked by director Yash Chopra if he thought the casting worked.

In an interview, Chopra said that Bachchan echoed his reaction and asked him for his ideal choices and when Chopra said Jaya and Rekha, it was Bachchan himself who said let’s try. 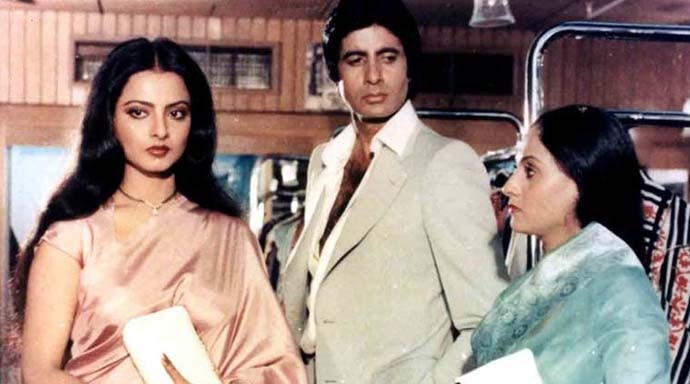 Too real to be reel? Parveen Babi and Smita Patil were supposed to the roled finally essayed by Rekha and Jaya

The resolution that Silsila offered was something that everyone would have expected — Amit (Amitabh Bachchan) ‘returns’ to Shobha (Jaya Bhaduri) — but in hindsight, seems not the one they wanted. Was the reality too much for the audiences to disregard at the time of the film’s release? 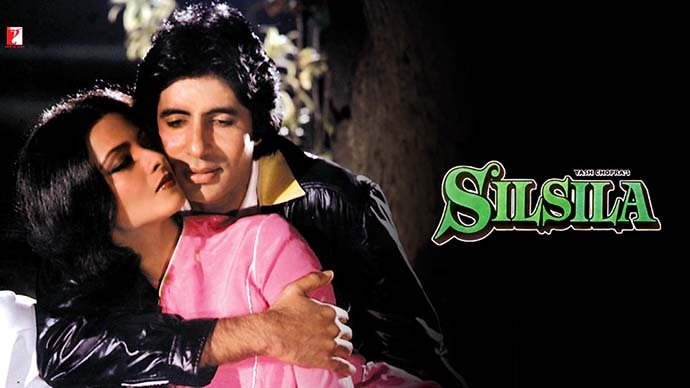 What's a timeless movie? A movie which embraces momentary failure for eternal glory?

Even Kaagaz Ke Phool was said to have been supposedly inspired by the life and times of filmmaker Gyan Mukherjee, whom Dutt had trained under, but it ended up looking like a quasi-biopic of producer-director Guru Dutt due to the casting of Waheeda Rehman.

Did the biggest feature of these films — the casting and the suggested proximity to real life — become their Achilles’ heel?

Today, the sheer audacity of Silsila’s casting is what makes it worth a revisit and the commingling of the imagined reel and supposed real does inspire some great cinematic moments. It’s also interesting to note that did the failure of Kaagaz Ke Phool and a few years later Mera Naam Joker (1971), yet another roman-à-clef of sorts, where Raj Kapoor’s real-life stories were said to have inspired the screenplay, stack things against Silsila?

All three are today branded as timeless but one wonders if these films would work if released today. An entirely different perspective to view films such as Silsila or Kaagaz Ke Phool could be that sometimes unknowingly, a film embraces momentary failure for eternal glory.

#Amitabh Bachchan, #Entertainment, #Bollywood, #Cult movies
The views and opinions expressed in this article are those of the authors and do not necessarily reflect the official policy or position of DailyO.in or the India Today Group. The writers are solely responsible for any claims arising out of the contents of this article.