Yoga is not as Hindu as it is believed to be. There's Muslim influence in it, too

[Book extract] The dissemination of the Yoga Sutra in India was helped greatly by al-Biruni’s Arabic translation in the 11th century.

Even though it is marketed now to the world as an “ancient Hindu” tradition, yoga, like almost everything in India, is the product of a syncretic history. The first mention of “yoga” is in the 15th century BCE Rig Veda, where the word denotes neither meditation nor austerities, but rather a chariot in which the yoke holds together the wheels and the horses.

“Yoga” is etymologically linked to the English word “yoke”. Several hundred years later, in the Mahabharata (circa 4th century BCE), this yoking of horse and chariot starts to be understood metaphorically as the coming together of the body, senses and the mind in a unified whole. Later sections of the Mahabharata (200-400 CE) develop this idea of yoking from materials available in the 3rd century BCE Katha-Upanishad, which in turn picks up on the breathing meditations outlined in Buddhist and Jain sources to gain control over body and mind.

Patanjali’s Yoga Sutra codifies these meditations with the goal of achieving samadhi, or absolute stillness of body and mind, oblivious to all that is external to the self. The Sufis then picked up on this yogic desire for meditative control over one’s baser instincts, and embraced it eagerly. So much so that the Shattari tariqa (or Order), which was the Sufi tariqa in India most closely associated with yoga, adopted not only yogic mechanisms with which to control breath, but also took on board vegetarianism and abstinence from liquor.

Dara Shikoh, the Sufi brother of Aurangzeb, belonged to the Shattaris; his absorption in the sufic-yogic world of meditative practice cost him the crown of Mughal India as the ambitious younger brother stole a march upon the ascetic older brother. In fact, the Muslim interaction with yoga in India was so profound that it has shaped what we understand by “yoga” today. The dissemination of the Yoga Sutra in India was helped greatly by al-Biruni’s Arabic translation in the 11th century, which rekindled interest in Patanjali. But what is remarkable is that the yoga in Patanjali’s Yoga Sutra (both the Sanskrit version and al-Biruni’s Arabic translation) does not quite resemble the yoga that we now practice.

One fundamental difference is the attention paid to asanas or postures. Patanjali mentions asanas in only 1 out of 196 sutras. For him, yoga is more about the practice of mindful meditation and less about bodily contortion. It is only texts like the Hathapradipika (Light on Hatha) from the 15th century that draw on Sanskrit texts on asanas from the 11th and 13th centuries to start outlining multiple bodily postures. One of these earlier texts proclaims that there are 84 lakh asanas (84,00,000), even though it describes only two. The 17th century Hatharatnavali (string of jewels of Hatha) and the nearly contemporaneous Yogachintamani (wish-fulfilling gem of yoga) started to describe asanas in greater numbers — 84 are named in the former book and 35 are described in the latter.

But the embodied asanas that we now associate with the practice of yoga derive from a Persian text — the Bahr-al-hayat (ocean of life) — that dates from the 16th century. This Persian text is the translation of an Arabic source — the Hawd-al-hayat, or The Pool of Life. In yoga, The Pool of Life claims to be a translation of a Sanskrit text by the name of Amritakunda or The Pool of Nectar. But to date research has not been able to locate any such text in the Sanskritic tradition. Scholars speculate that Bahr-alhayat’s composer — the Sufi Shaykh Muhammad Ghawth Gwaliyari — might have consulted several living yogis because none of the asanas outlined in his text appears in any earlier written version. In his text, these asanas are described in great detail and matched by beautiful illustrations that were commissioned by Prince Salim, the future emperor Jahangir. The Pool of Life describes and depicts 21 yogis performing complicated asanas. The yoga that is traceable back to Patanjali, then, does not emphasise asanas. And the asanas we practise today derive from an illustrated Persian manuscript. Such is the complicated provenance of yoga in India. 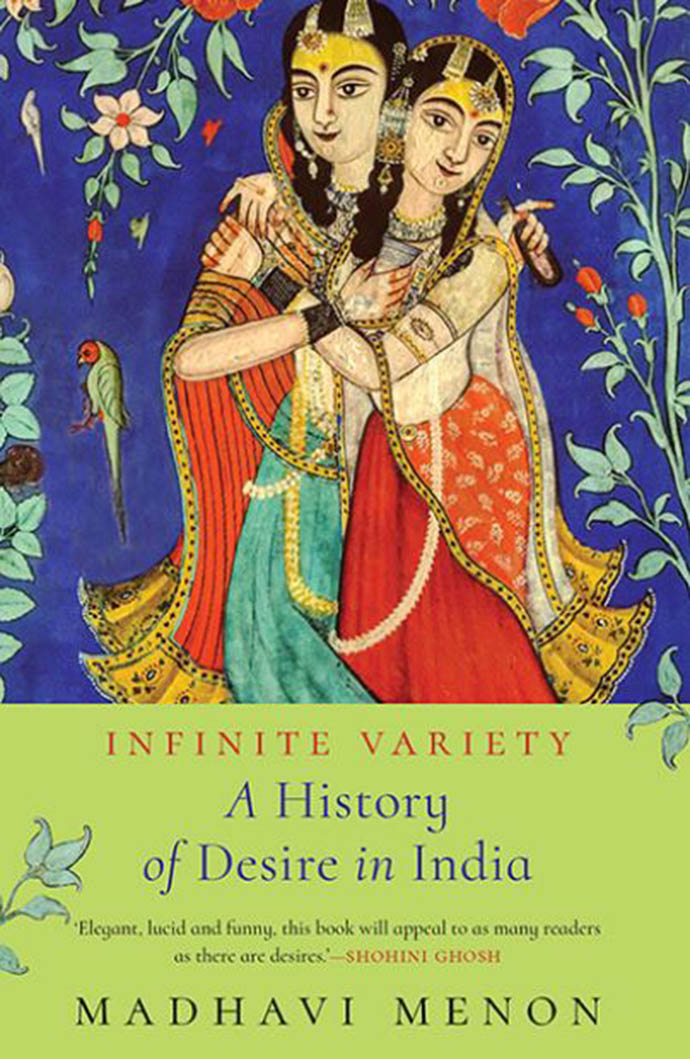 But when the British were faced with a culture in which desires and religions were hopelessly mixed up with one another, they decided that the practice and practitioners of such mixed-up desire needed to be demonised. First, they discredited yogis as criminal troublemakers, whom they finally managed to squash in the so-called Sannyasi and Fakir Rebellion in late-18th-century Bengal. (Hordes of yogis had, throughout the course of the 18th century, managed to convert pilgrimage routes into trade routes, directly competing with the British for wealth and influence.) And then they decided that “Hinduism” was irrevocably sensual, and therefore dangerous.

In Reading the Kamasutra: The Mare’s Trap and Other Essays on Vatsyayana’s Masterpiece, Wendy Doniger cites an English “Supreme Court ruling from 1862 that states that ‘Krishna… the love hero, the husband of 16,000 princesses… tinges the whole system (of Hinduism) with the strain of carnal sensualism, of strange, transcendental lewdness.”’ India is both transcendental (or yogic) and lewd (or carnal). For the British, the sukha of yoga was inseparable from the sukha of sexual desire. It was all just “strange”.

As though responding to this British view of tantra yoga, Sadhguru Jaggi Vasudev takes care to separate the lewdness from the transcendentalism: "People always try to take recourse in the Krishna-Gopi relationship. As the legend goes, Krishna gave an orgasmic experience to 16,000 women simultaneously. This cannot happen with sexual union. A shishya can establish a very intimate relationship with a guru. Intimacy is generally understood only as two bodies touching. The body is not intimate enough for one who is on the spiritual path. The physical body is an accumulation from outside, so in the tantric and yogic systems, the body is never considered an intimate part of you. Only when energies meet and mingle and a guru’s energies overwhelm and override the shishya’s energies, it leads to an orgasmic experience — a union, but not of the sexual kind."

Yoga’s relation to desire, then, is a multi-layered one. It seems clear that yoga re-channels sexual desire into lasting bliss of a non-sexual kind. But it seems equally clear that this non-sexual bliss can only be apprehended in, and has to be routed through, the mode of sexual bliss — what Sadhguru calls ‘orgasmic’ desire. In fact, both sukha and yoga are closely related etymologically — they derive from words that describe the beneficial joining of the hole and the axle.

Sukha and yoga are both blissful, and replete with fulfilled desire. They acknowledge desire, but also want to clean it. They invoke ancient texts but also cater to timeless desires. They fit the axle of the head into the hole of the body. The desire for India — for its ancientness, its “wisdom”, its beauty — is now inextricably bound up with a desire for yoga. As an indicator of this inextricability, global celebrity involvement in India has tended for many decades to be routed through a desire for yoga. 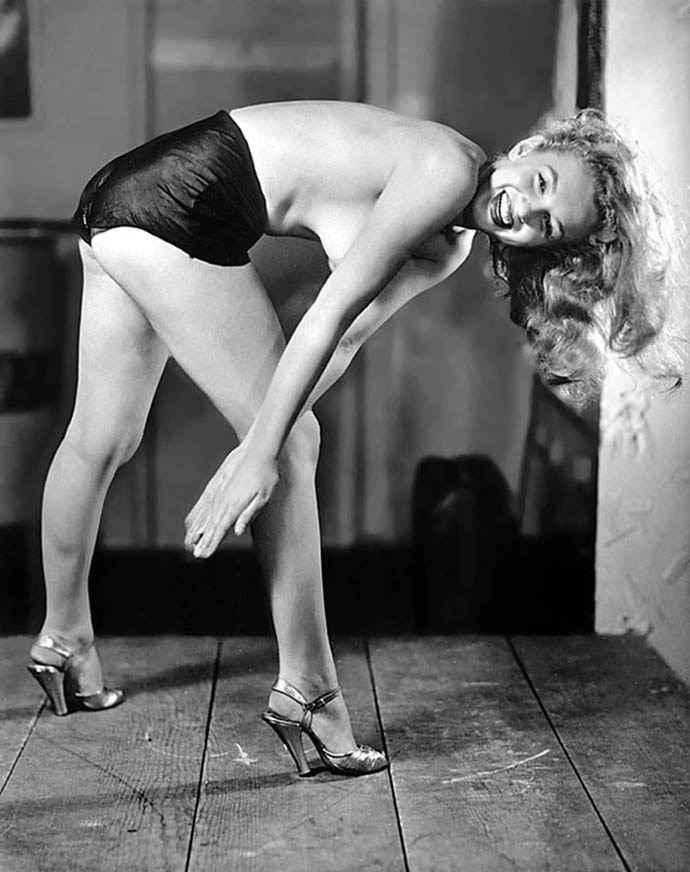 From The Beatles’ sojourn with the Maharishi to Marilyn Monroe being photographed in yoga poses, from Beyonce’s figure to Madonna’s spirituality, from George Clooney’s body to Jack Kerouac’s prose, yoga has been the gateway drug for an interest in an “authentic” India. The syncretic history of yoga — Hindu and Muslim — has been made only more cosmopolitan over the years. It is now also English, American, Russian, vegetarian, non-vegetarian, sexual, non-sexual, hot and served at room temperature. Everyone, it seems, desires yoga.

(Excerpted with the permission of Speaking Tiger Books)

Also read: Wendy Doniger on how India's sexual conservatism is a result of the British, not Mughals

Post your comment
#Ancient texts, #Desire, #Vatsyayana, #Kamasutra
The views and opinions expressed in this article are those of the authors and do not necessarily reflect the official policy or position of DailyO.in or the India Today Group. The writers are solely responsible for any claims arising out of the contents of this article.

A professor of English at Ashoka University, she writes on desire and queer theory. She is the author of Wanton Words: Rhetoric and Sexuality in English Renaissance Drama; Unhistorical Shakespeare: Queer Theory in Shakespearean Literature and Film; and Indifference to Difference: On Queer Universalism.