The ones to really suffer will be small traders, the entire lower and middle classes, but also the political opponents in upcoming Assembly polls.

A major gambit in all politics, not only in Indian politics, is an unexpected and wide ranging measure, which leaves political opponents stumped. This was certainly such a gambit. It caught everyone by surprise. Demonetisation now, with elections due in early 2017 in UP and Punjab?

Was the country awash with black money? Has there been a relative increase in back money which the public doesn't know about? Or, is it that the inability of successive governments over the decades to flush out black money abroad, has left the Modi government with no option but to at least target domestic black money.

In the meanwhile, the stock of currency will be quite less than normal, putting a lot of working people into difficulties, for quite some time. In Delhi today, there is a long queue of people waiting to change their old notes, or deposit the same, outside the bank. Tempers are rising.

A lot of money black and white is invested in land, gold, jewellery, shares and buildings, and such items whose prices can be manipulated by experienced chartered accountants. Little black money is recovered from speculation. The ones to really suffer from demonetisation will be small traders, small businessmen, craftsmen, labour and the entire lower and middle classes. They will have to sweat it out lining up in banks to change their notes, missing hours in work, and losing possible income. They are not major contributors to the black economy. But they will get access of a maximum of Rs 4,000 per day from the banks for the Rs 4,000 deposited every day, at the most. 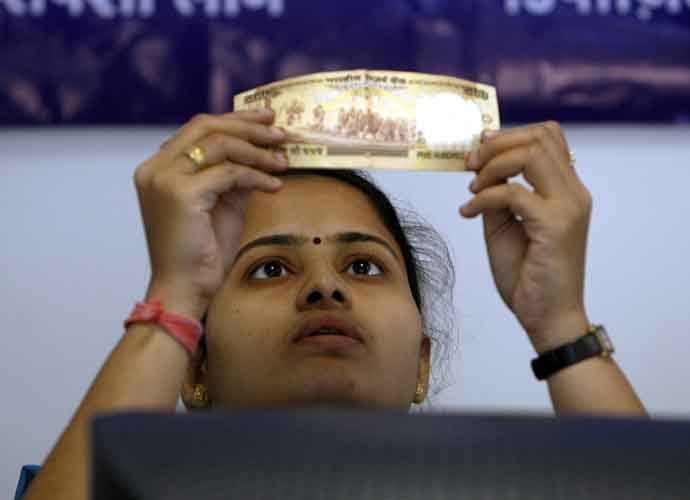 Who is fooling whom? (Photo credit: Reuters)

Suppose there is a marriage or major family function? What if a flat/house is being built or repaired? Where will the funds come from in a few days? Will they have to postpone these events till 2017? However, though the middle and upper middle class will suffer, such eventualities have not been considered by the Modi government. Another burden and potential disappointment for the citizens. But the influential power elite who bribe state functionaries will continue to use black money for leverage. They will avoid the cash crunch.

Who is fooling whom? Is demonetisation the road to capturing black money or exposing black economy activity? If 55-60 per cent of black money is abroad, obviously since it has not been unearthed, it is in tax havens in hard currency growing faster than the rupee (including the new notes) despite earlier measures to find and bring back this accumulated hoard. This can be better used for the nation, than lie in hidden vaults. But who will do this, and how, through whom? So is PM Modi concentrating on domestic black money in the lack of an alternative?

Some commentators suggest that the Modi government's idea is to make funds tight for opponents in the 2017 Assembly elections. Another reason why the demonetisation is political. As eminent economist Prabhat Patnaik has pointed out, black money is not a stock but a flow, sometimes stored but still a continuous flow in the economy. Once it's in open circulation, it's a little easier to spot, but as it's a major source of funded political activity, only opponents are raided. And, as before, politicians to industrialists to criminals will continue to conceal black money for their black deeds, mainly abroad but also in undervalued investments in the country.

For these reasons and related issues, Modi's black money strike is more like black magic. Most of the black money in India will escape the net. That 55-60 per cent will continue to grow in tax havens. As The Economic Times has stated in its editorial, demonetisation has created disruption rather than economic benefit. As an economic step it is nothing short of a disaster as other media including The Quint, The Mint and many in the press point out. Lawyers have moved the Mumbai High Court on this issue and are planning to appeal to the Supreme Court against this move. Badly planned, disastrous in impact.

As the Panama Papers have shown all major industrialists in many countries have used Panama as a tax haven. The president of Iceland had to resign because of investments abroad. Pakistan PM Nawaz Sharif's three sons are caught in the scam, and Imran Khan and others are demanding his resignation. President Vladimir Putin's friend and famous cellist, is also listed. How come apart from a reference to actor Amitabh Bachchan, there is no Indian caught in the scam?

Even if for the sake of argument it is conceded that the amount of black money abroad is between is between 55-60 per cent of the total black money funds, the question is why isn't the Modi government making major moves to get this black money back. This is admittedly not easy. In the Bofors scandal during Rajiv Gandhi's government, black money of Rs 60 crores was supposed to have been generated. By contemporary standards, this is peanuts.

Strangely, the highly regarded Swedish prime minister, Olaf Palme, who was involved in the deal, was mysteriously killed on the way to his office. The murderer(s) were never found. The murder of the charismatic leader was solved. There have been many arms deals since then. Some reputed London-based arms dealers have reportedly amassed a fortune worth about $1 billion through various kickbacks over the years.

It is indeed intriguing why the earlier governments including in India, the Vajpayee cabinet, UPA 1-2 cabinets, and now the NDA ministers, have not unearthed any black money in any arms or other deals after Bofors. Either there are no cuts in the form of kickbacks, or the kickbacks have gone to unknown persons. So no black money from arms deals (sic.)

That is surely one reason why there must be accumulated black money in tax havens abroad. The truth is that according to experts roughly 60 per cent black money from India is in tax havens or banks in foreign shores. Why isn't the finance ministry taking interest in getting black money into India where it can be used for public investment? Ram Jethmalani claimed last year that the Germans were willing to repatriate black money, but the Modi government refused to write officially to the German government. In fact, Modi's campaign will not even target the less than 40 per cent black money in India.

The government of India can continue demonetising large sum currency notes, and printing new ones, but the real big money is abroad, and PM Modi and his cabinet know this.

#Narendra Modi, #Black Money, #Demonetisation, #Demonetisation
The views and opinions expressed in this article are those of the authors and do not necessarily reflect the official policy or position of DailyO.in or the India Today Group. The writers are solely responsible for any claims arising out of the contents of this article.