As talks of an 'emerging markets contagion’ gather momentum, hot money is preparing a global exit to ‘safer’ shores. Given the herd mentality of global investors, emerging markets could see a fall. Here, I argue that should this psychological disease of the herd translate into 'Sell India', it is really an opportunity to 'Buy India'. The market's on an upswing. Be confident. (Photo: Reuters)

If you look at markets like a walk in the mall, what will happen is that the same goods will be available at a delicious discount.

On the financial highway, however, not all goods are alike. Standing on the foundations of growth and its future potential, some economies are more vulnerable — and some more valuable — than others.

India stands on the valuable stack — buy as much of it as you possibly can, and then some more. The relatively higher price you pay for the same unit of earnings in India, through the price to earnings (PE) multiple, fetches you higher returns ahead. To put it in the language of professional stock-pickers, India is a growth stock, and hence commands a higher price. 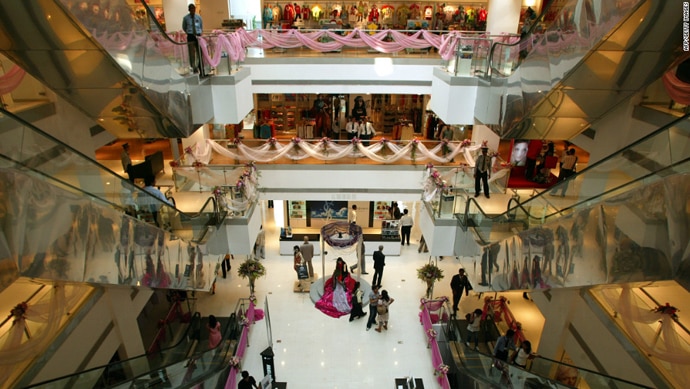 All routes lead up! Shoppers in a busy mall preparing for Diwali. (Photo: AP)

The data, upon which this analysis is based, has been collated such that inter-country comparisons get standardised. Hence, the forward price to earnings (PE) multiples are taken from a 2 September 2018 Yardeni Research report, while GDP and GDP growth have been sourced from the World Bank.

On a PE multiple of 19.3 times, India is the most expensive market among G20 nations.

That does not mean it is ‘overvalued’ and hence, in the ‘emerging markets contagion’ that global investors are expecting, India will be among the first markets to be sold.

It only means that the market is pricing the future growth of India into its current price. The Winter of his Discontent: Russia has one of the lowest PE multiples. (Photo: Reuters)

The one market that is acutely under-priced is that of China’s.

If this threat ends, expect a sharp upward move there. Until then, we need to know that the complexity of global fund flows and the resultant volatility comes not from ‘rational’ classical economics, but from ‘human’ behaviourial economics in general and the mood of the moment in particular. If the mood of the global financial herd is one of ‘sell!’ — the sector operates as a herd and rushes at the speed of a bullet train to the edge of the Sell cliff — no government can stop the exit of this hot money.

Essentially, the repositories of long-term money. 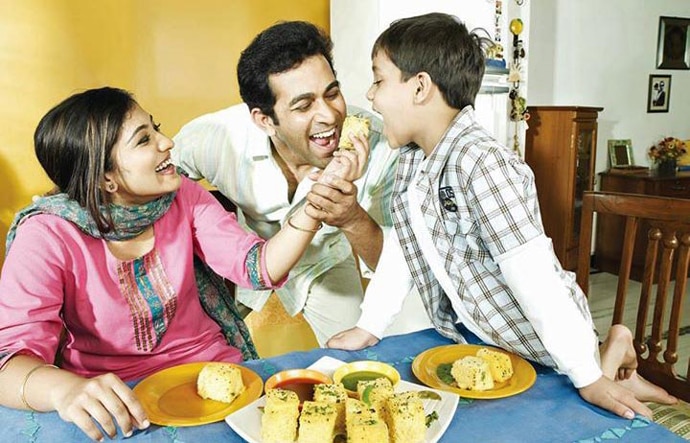 Spot the Investors: Households might look average but they are in fact repositories of long-term funds. (Photo: Facebook)

It is true that today several countries are vulnerable and fragile to financial flows, particularly currency markets. As the dollar gets stronger, other currencies get weaker.

On that front, the 10% fall in the value of the Indian rupee is in line with facts.

But as I explored in a previous essay, some economies — Pakistan, Indonesia, Turkey, Argentina and Montenegro among others — face deeper fundamental problems. It is these economies that are more vulnerable to hot money outflows, with Turkey being the sole G20 economy in the list. An implosion here will free money to be deployed elsewhere.

And today, one of the best ‘elsewheres’ is India.

Returning to our walk in the mall, here’s what you need to do if the Indian market falls.

First, do not panic — the inherent strength of the Indian economy is fine. It is getting more robust through reforms such as the goods and services tax (GST) and the bankruptcy law that will catalyse growth further and in a virtuous cycle get companies to expand their earnings.

Second, look at the market as if you were buying a house. If a Rs 1 crore apartment is available for Rs 80 lakh, what are you going to do — let it go or buy? I would buy

Third, nobody — not you, not your neighbour, your friend, your fund manager, not even Warren Buffett — knows where the market will be tomorrow or next month or next year. So, don’t try to time it; you can’t.

Fourth, as an average household that does interesting things like healing, building, teaching, writing, managing and so on, do not waste time and money trying to buy and sell stocks. We have experts for that in the form of mutual funds that in India are today among the world’s best regulated financial assets.

And fifth, if you are in a systematic investment plan of a mutual fund, continue being there — if not, get into one.

Economic crises come and go. They are no longer black swan events but par for the wealth creation course. Know that India is — and will remain — a growth story in the foreseeable future. So, keep your fears away and continue to invest. Ignore the ‘contagion’, buy India — and create wealth.