Why China, not Trump, is India’s biggest trade challenge

The world’s attention is on US President Donald Trump picking trade fights with China, the European Union, and to a lesser extent India, with looming fears of fresh tariffs and visa crackdowns.

But new trading figures released this week underline that India’s real trading challenge may come from a lot closer to home — from across the border with China.

In the first half of 2018, India’s trade deficit with China rose to $28 billion, on track to surpass last year’s record $51 billion imbalance. This is despite commitments from China to correct what India has described as an “unsustainable” trade deficit. 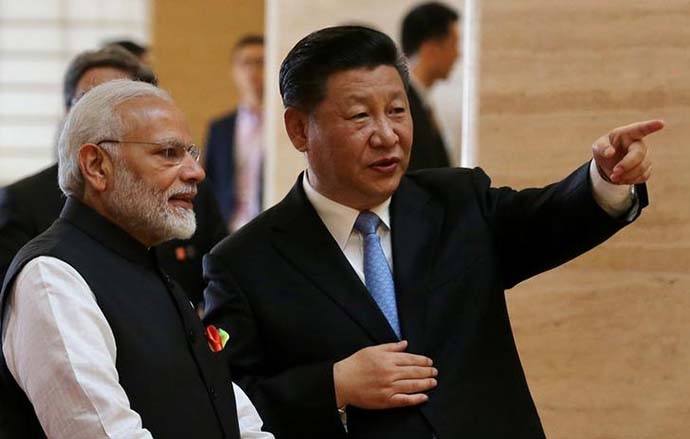 In the first half of 2018, India’s trade deficit with China rose to $28 billion

According to new figures from China’s General Administration of Customs, two-way trade from January to June reached $46.9 billion, up 15.1 per cent in the first six months.

China’s exports, mainly of machinery and electrical equipment, made up $37.4 billion, while India’s exports, largely of ores, yarn and other commodities with little value added, amounted to $9.5 billion.

Cracks in the relationship are showing.

This week, India imposed a 25 per cent safe-guard duty on Chinese solar cells. Higher duties are expected. Indian officials say they have told their Chinese counterparts that this deficit is unsustainable.

Pharmaceuticals and IT are two areas where India believes a range of non-tariff barriers have all but blocked the entry of Indian companies which have achieved success elsewhere, such as extraordinarily cumbersome registration procedures.

Faced with its trade war with the US, China has for the first time in years demonstrated some intent of addressing some concerns.

In May, China for the first time removed tariffs on 28 anti-cancer drugs. But this is too little and too late, Indian pharma companies say, and it is the more difficult non-tariff barriers that are the real obstacle. They are waiting and watching, but sceptical of any real reforms. Will India would arguably benefit more in the long run, despite short-term pain?

Till then, as the deficit grows, more duties from India are expected, and a clamour is growing to raise duties on many of the major Chinese imports such as electrical machinery.

But in doing so, India faces a double-edged sword. The duties on solar cells are a case in point, at a time when the Modi government has an ambitious target of expanding solar capacity, limiting imports from China, which is the only country that has the scale and cost-effectiveness to enable this expansion, will come at a price.

Still, the view among some in Delhi is that India would arguably benefit more in the long run, despite short-term pain, by pushing China to open up its market and perhaps making common cause with the US and the EU which are also seeking the same.

Some Chinese experts believe Delhi is already beginning to do so.

“India has become very sensitive about its trade deficit. So, it wants to join the US in seeking greater market access from China,” Liu Xiaoxue, an associate research fellow at the Chinese Academy of Social Sciences’ National Institute of International Strategy, was quoted as saying in the Global Times this week.

“China wants to balance trade with India by expanding imports of Indian goods,” Liu claimed, “but they don’t make many things that China really needs.”

Also read: Why exports are at odds with PM Modi's global outreach

#Xi Jinping, #Economy, #Trade, #China
The views and opinions expressed in this article are those of the authors and do not necessarily reflect the official policy or position of DailyO.in or the India Today Group. The writers are solely responsible for any claims arising out of the contents of this article.