Excess cash in your pockets is affecting Indian economy

There is also a substantial shadow economy estimated at 70 per cent of the GDP.

Mainstream media was puzzled by a surge in physical cash with the public, the likes of which have not been seen since 2011 - a time of very high inflation.

It seems the amount of currency with the public had grown almost 50 per cent in financial year 2015-'16. And that too, when it had been a year marked by very low inflation.

Furthermore, sectors which are known to normally soak up cash like a sponge - retail, real estate, and gems and jewellery - had shown less than buoyant growth as compared to the year before.

It is an odd situation that we are faced with.

Also read: Inflation is inevitable, get over it

Economists are chasing their tails trying to explain the phenomenon.

The simple and most likely explanation was provided by Reserve Bank of India (RBI) governor Raghuram Rajan - elections in four states and one Union territory necessitates being awash in cash, for the obvious reasons, though not necessarily for the right ones.

And then there are some twists in the tale too. 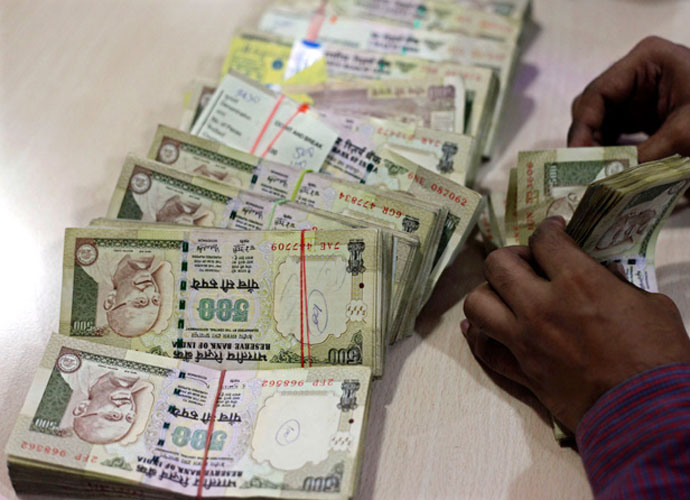 The amount of currency with the public had grown almost 50 per cent in financial year 2015-'16.

ATM withdrawals had increased slightly, while average debit card transactions had declined. That sounds logical. So maybe more people had shelled out cash. And did not use their card. To stay out of the tax net possibly? Also presumably, since you get eight ATM withdrawals for free, you would like to get as much of cash as possible for every press of the ATM keypad.

"A Kitna deti hai" moment for the value-conscious ATM user. Paradoxically, the value of credit card transactions doubled in the last few years.

There is also a substantial shadow economy estimated at 70 per cent of the GDP.

1. I would venture to say that the total "money stock" in a predominantly cash economy like ours is generally indeterminate.

Therefore when some of that comes under the electronic radar or into the formal financial system for the very first time say via a surge in deposits into newly opened 200 million JDY accounts, sundry post office accounts to post office bank accounts or new accounts in newly licensed payment and universal banks, this  makes for "double counting" in M1, M2 + time and crafting of monetary policy a bit trickier.

2. The coming festival of lights could again see a spike in currency with the public. That would be conventional wisdom, and there perhaps would be more withdrawals from ATMs to "load up" the prepaid wallet. After all, in Tier 1 and 2 cities, the emphasis is on "cash is king".

That can however change if banks incentivise and encourage that the wallet be now directly loaded up from customers' accounts and thorugh the debit card. But many banks are not encouraging their customers to do so. Banks still prefer their in-house cards and wallets.

The more the wallet is loaded up directly from the bank account or debit card through say, net banking, and more the redemption is electronic, the less is the currency in circulation.

On the other hand, the use of credit card (preferred option for mobile wallets) and cash from outside the banking system to load up a wallet leads to a spike in other broad money indicators.

3. One could also argue that the stock of "money under the mattress" already circulating from "mattress-to-mattress" in exchange of goods and services in the formal and informal economy does not get reflected in inflation. It is too much money chasing too few goods. This is the subterranean economy at work.

On the flip side, inflation not explainable by money supply numbers may be attributed to this subterranean money.

Lastly, I am going to use the term "technological deflation" to explain the urban expenditure. Which is where online consumers clearly "get more, for less". Especially during festive season.

If the prepaid card networks and wallet ecosystem plays their roles, and business to consumer (B2C) marketplaces migrate to an electronic payments platform, there ought be less of a mad rush for cash in times to come.

#Inflation, #Raghuram Rajan, #RBI, #Indian Economy
The views and opinions expressed in this article are those of the authors and do not necessarily reflect the official policy or position of DailyO.in or the India Today Group. The writers are solely responsible for any claims arising out of the contents of this article.