It's no longer enough to blame corrupt UPA-era holdovers or the Lutyens' ecosystem for today's frauds.

Behind every financial scam in India lies the hand of a corrupt bureaucrat. They come in all shapes and sizes. Some are IAS, IPS or IRS. Others are government employees of PSU banks and financial institutions. More dangerously, they populate the corridors of power across state capitals and at the Centre. Many IAS/IPS/IRS officers are honest. Many more are not. Their patrons are politicians. The nexus runs deep. 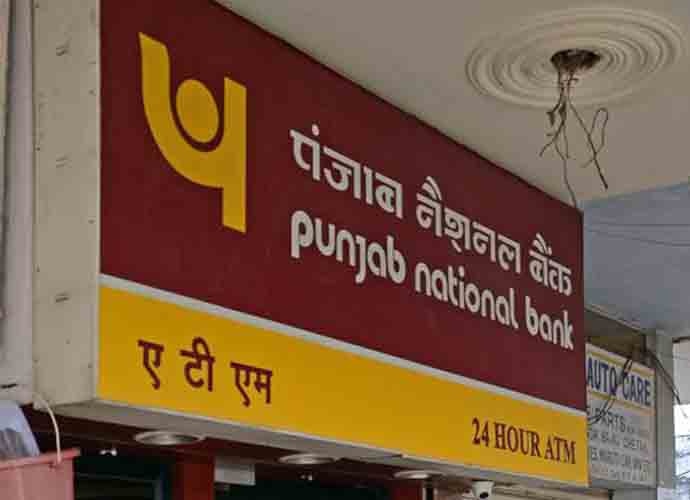 Consider exhibit A: the Punjab National Bank (PNB) scam involving Mehul Choksi and Nirav Modi. The scam could not have occurred without the active connivance of senior PSU bank officials, IAS officers in the finance ministry, RBI officials and, at the top of the putrid food chain, a beady-eyed group of politicians.

The facts in the PNB fraud are well established though investigations, raids and arrests continue. The scam began during the go-go years of UPA-I when it was open season for financial skullduggery.

Allahabad Bank is an unlikely player in the Nirav Modi-Choksi fraud case which has ballooned into a scam of over Rs 25,000 crore - three times larger than the amount Vijay Mallya owes banks, employees and myriad government entities.

Most of the fraudulent documents in the Nirav-Choksi scam were routed through PNB. But Choksi, whose Nakshatra, D'dmas and Gili brands had captivated the beau monde for decades, cleverly used the relatively low profile Allahabad Bank rather than PNB, India's second-largest PSU bank, to commit his fraud. His loan of Rs 1,500 crore, taken when the UPA-II government was in power, was speedily approved and never returned. Emboldened by lack of action from the bank's senior managers, Choksi cheekily placed a top-up loan application for Rs 50 crore in 2013. Normally, such loan amounts can be approved at the general manager or zonal level. But Allahabad Bank's top management, aware that Choksi had not repaid his earlier Rs 1,500 crore loan, decided to get legal cover for itself for the loan by seeking board approval in order to limit its own liability if fraud in granting the original loan of Rs 1,500 crore was discovered later.

Ironically, placing the top-up loan of Rs 50 crore to the Allahabad Bank board sparked a series of events that led to uncovering not only Choksi's fraudulent dealings with Allahabad Bank but his nephew Nirav Modi's fraud in PNB. In August 2012, the government had appointed Dinesh Dubey, a journalist, to the board of Allahabad Bank. When Choksi's Rs 50-crore top-up loan application came up to the board for approval at its meeting on September 14, 2013, Dubey objected strongly. Why pay Choksi an additional Rs 50 crore when he had not repaid the original loan of Rs 1,500 core?

The Allahabad Bank board overruled Dubey. The loan was approved under instructions "from above", says Dubey. He wrote a dissent note.

Two months later, at a November 22, 2013 board meeting, Dubey again objected to the loan when it was discussed by the bank's directors for final approval. He wrote about possible irregularities in granting the loan in a letter to the RBI and the ministry of finance. P Chidambaram was then finance minister. Raghuram Rajan was RBI governor. Dubey received no reply from either. Instead, the finance secretary asked him to resign. Under pressure, Dubey resigned three months later in February 2014. Remember: Dubey had been appointed an independent director on the Allahabad Bank board to report on just these kinds of irregular transactions. Exhibit B: The Narendra Modi government came to power in May 2014. The Nirav-Choksi fraud, however, continued. Oddly enough, a rapid succession of finance secretaries went in and out of the finance ministry just before and after Modi became Prime Minister: RS Gujral was finance secretary from July 2011 to November 2013 during the Dubey resignation issue. Sumit Bose was appointed finance secretary in December 2013. He retired on March 2014. Arvind Mayaram took over as finance secretary in April 2014. Modi became Prime Minister a month later. He now began to do some spring-cleaning in a ministry that had been headed by turns by Pranab Mukherjee and Chidambaram. The powerful and controversial Arvind Mayaram was transferred in October 2014 to the innocuous tourism ministry. Two weeks later, Mayaram was again transferred, this time to the minority affairs ministry.

But the spring-cleaning stopped as abruptly as it had begun. The Choksi-Modi bank scam meanwhile continued. In fact it increased in scope, size and audacity.

Letters of understanding (LoUs) worth several thousand crore rupees were fraudulently approved by PNB in 2015-17 under the NDA government.

By now the culprits had been tipped off. The Choksi and Nirav Modi families fled India weeks before PNB filed a complaint with the CBI. The same unholy bureaucrat-political nexus that allowed scams to flourish under the UPA government was allowing the scam to flourish under the NDA government and tip-off the scamsters. It is easy to pass on the blame for India's banking scams to the unholy nexus. But when Indians gave Narendra Modi his overwhelming mandate it was on the understanding that the nexus would be broken and cronyism stopped.

Also read: Why Nirav Modi and Mehul Choksi could be gone from India for good

#Banking Fraud, #Mehul Choksi, #PNB scam, #Nirav Modi fraud
The views and opinions expressed in this article are those of the authors and do not necessarily reflect the official policy or position of DailyO.in or the India Today Group. The writers are solely responsible for any claims arising out of the contents of this article.