Imran Khan's economic advisors do not seem to give a damn about the potential catastrophe banning import of cheese, cars, mobile phones and fruits would lead to.

So, the Economic Advisory Council (EAC) of Pakistan, which is chaired by Prime Minister Imran Khan himself, will now try to think “outside the box” in order to save the country from a horrific economic downfall, symptoms of which have been observed since June, 2017.

But will these out-of-the-box ideas push the country towards economic prosperity?

Such a pursuit would find itself based on the broad assumption that said ideas are cogent. Of course, the suggestions senior advisor Ashfaq Hasan Khan had during the September 6 EAC meeting, were of the opposite nature. According to him, banning the import of cheese, cars, mobile phones and fruits would help the country save 4-5 billion dollars — and avoid a possible bailout from the International Monetary Fund (IMF). 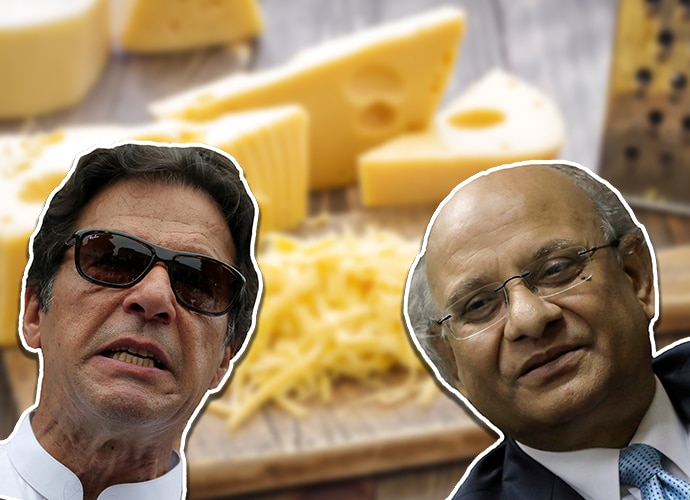 One has to wonder why no one suggested reducing the import of crude oil.

While the world is investing more on renewable energy infrastructure, Pakistan still produces approximately 35 per cent of its electricity from imported oil. According to the Pakistan Finance Ministry’s Economic Survey, for the financial year 2017-18, there was a 28.81 per cent increase in the import of petroleum. Yet, because the advisors want to think 'outside the box', they suggested banning the import of particularly those products for which Pakistan has no comparative advantage in production.

I asked a friend — the owner of a mobile phone shop — about the potential impact of such a senseless policy.

He told me that if the ban were to be imposed, tens of thousands of people across the country would lose their jobs. The majority of the labour force which is employed in mobile phone markets all over the country is often under- or uneducated and unskilled. In the event of such policies being realised, finding viable employment would become a major challenge for them.

On an average, a person working in a mobile phone shop makes PKR 10,000 to 25,000 a month. The unemployment rate in Pakistan is already at 5.9 per cent, and the less educated and unskilled labour — there is plenty of that in the country — will be worse-off after an import ban. Slowburn: A ban on import of mobile phones? That can't be good news. (Photo: Reuters)

Will the government compensate those who will be affected by such ridiculous policies?

Finance Minister Asad Umar, before the 2018 general elections, vowed to generate around 10 million jobs in Pakistan Tehreek-e-Insaf (PTI)’s five-year term. Well, Mr Minister. This is really not how governments around the globe generate employment.

As far as imported cheese is concerned, most of the local and international food chains in the country prefer it over local cheese, especially mozzarella, which is used as one of the major ingredients in the making of pizzas and other fast food. But economists seem to have not put much thought into the potential effects of a cheese import ban on fast food restaurant chains, which, incidentally, are not just a source of employment for thousands of Pakistanis, but also generate billions of rupees as tax.

Import of motor vehicles, especially cars, has increased by 19.7 per cent in 2017-18. The significant growth in the import of auto parts corresponds with strong sales of locally-assembled vehicles. Will an import ban on cars and auto parts also affect the poor and uneducated workers who slog in automobile assembly workshops to earn a livelihood?

Once again, a fine example of thinking outside the box. At least a few advisors could have discussed how the country could work towards attracting foreign direct investment. But I guess “inside the box ideas” do not hold much importance anymore. According to a report published in The News International on August 18, 2018, “Foreign Direct Investment into Pakistan (FDI) in July, fell 45.2 per cent year-on-year to $128.1 million, according to figures published by the central bank”.

The report added that the decline in FDI flows — that stood at $233.8 million in July, 2017 — was mainly driven by a “marginal increase” in Chinese investments, and lower investments from various other foreign companies.

“The pace of the direct investments from multinational firms in the various sectors of Pakistan’s economy remained quite bleak. The country’s power sector lost momentum, as it saw FDI decline to $8.6 million in July against $46.5 million recorded in the corresponding month of last year.”

No one in the meeting, of course, bothered mentioning how China is forcing Pakistan to buy Chinese equipment, for use in Chinese projects that are part of the multi-billion dollar China–Pakistan Economic Corridor (CPEC). And it is draining Pakistan’s reserves. On top of that, Beijing happily extends loans to Pakistan, to cover such expenses, of course. No wonder Pakistan is buried in debt.

But thinking outside the box, they are. 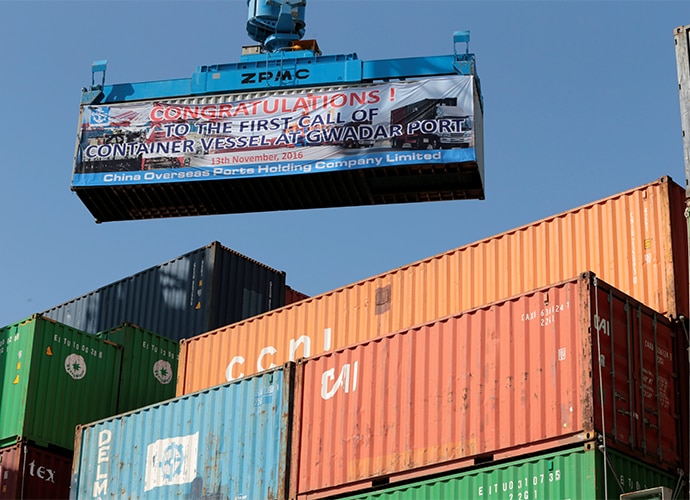 China is fleecing Pakistan with CPEC. But economists don't care about that either. (Photo: Reuters)

Rather than suggesting that the government improve security conditions in Pakistan, incentivise investors and discuss how prolonged electric power outages, delays at the ports and airports, shortage of technical workers and labour walkouts (protest layoffs) can be tackled — all of this adds to the cost of doing business, which forces investors to not to invest in Pakistan — advisers want the Imran Khan government to ban the import of those items that are high in demand, and with which thousands of jobs are associated.

'Outside-the-box' thinking simply does not stop.

Banning the import of these items will inflate prices in the markets and obviously, consumers will suffer. On the verge of a serious economic collapse, banning the import of products that are high in demand and for the production of which the country has no specialisation whatsoever — thus, no comparative advantage — and with which hundreds of thousands of jobs are linked, will only add to Pakistan’s woes.

An IMF bailout is the only good option that Pakistan has right now.

The loan should be utilised to solve the energy crisis, bettering and creating infrastructure, creating jobs and increasing exports with transparency and efficiency.

But who cares about all of that; after all, what is needed is outside-the-box thinking, eh?

Post your comment
#Import ban, #IMF, #Economic Advisory Council, #Pakistan
The views and opinions expressed in this article are those of the authors and do not necessarily reflect the official policy or position of DailyO.in or the India Today Group. The writers are solely responsible for any claims arising out of the contents of this article.