Why 8.94 per cent fall in remittance poses a grave cause of concern

With the economy in doldrums and job creation stagnant, New Delhi must ensure a steady flow of foreign remittances.

Despite being poised to become the world's fifth largest economy, India still ranks as a developing country due to widespread poverty, illiteracy, and lack of equal employment opportunities.

A large section of the population continues to be employed in the unorganised sector working under miserable conditions and denied even the basic minimum wages in many cases. 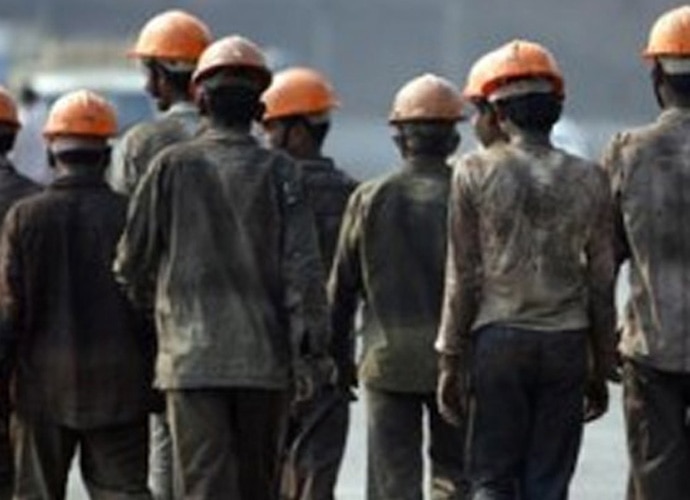 Inadequate job creation and the increasing youth population have remained a huge challenge for successive governments. However, the problem has acquired grave proportions in the last few years.

For a developing nation trying to get its economy on track, remittance coming from overseas is a major external component that helps to ease out the domestic unemployment pressure. It also helps the exchequer.

According to the estimates released by the World Bank in 2016, with an inflow of $63 billion, India is the world's largest recipient of remittance, followed by China ($61 billion), Philippines ($31 billion) and Mexico ($29 billion).

Both India and China receive around 10 per cent of the global share of $574 billion remittances, but the ratio of remittance as a percentage of GDP is higher for India at 2.54 per cent from China at 0.64 per cent. This clearly reflects the Indian economy's greater dependence on foreign remittance.

India receives a significant share of this money from the countries where criteria of emigration check required (ECR) are applied for migrants.

ECR, a kind of protective measure for the non-graduate migrants to the 17 Arab and Southeast Asian countries, has been adopted under the Emigration Act 1983. Over 9 million Indian migrants (around 54 per cent of the total) live in these countries and make a significant contribution of 56.48 per cent to India's remittance inflow. Unemployment and hope of better payment spur the flight of Indian workers to these regions. An average remittance $5,385 per Indian migrant for a year in the ECR countries is substantially higher than the average earnings of $2,860 per year in India. The wages earned in the ECR countries are at variance. Qatar being the highest payer on an average pays $6,916 to each Indian migrant. Kuwait, UAE, Saudi Arabia and Malaysia pay $5,713, $5,544, $5,112 and $4,278 per migrant, respectively. However, the remittance inflows to India declined by 8.94 per cent in 2016 against the previous year. A major fall of 9.45 per cent in the inflow was noted from the ECR countries.

Interestingly, emigration of workers through ECR clearance has nearly reduced to half from 804,000 in 2014 to 391,000 in 2017. This decline can be attributed to a stressed labour market in ECR countries on the back of ongoing economic downturn in the Gulf countries, fall in crude oil prices, internal political disturbances, the extra burden of taxes on expats like the family dependent tax in Saudi Arabia and the growing inclination to recruit locals.

Apart from this, Indian policies such as levy of a tax on inward remittances, and extra regularisation of recruiting markets abroad are also major reasons for the decline in remittance. The scrapped plan for colour coding of ECR passports holders too had the potential of further slowing down the flow of workers.

The decline in remittance poses a major cause for worry for India due to its adverse impact on balance of payment and on the domestic employment adjustment. The government must take remedial measures to curb the decline and prevent discrimination against ECR migrants.

Disputes related to wages and contract violations are common in Indian labour markets too. The government should refrain from overplaying occurrences of labour disputes between migrant workers and their host countries and making it a ground to tighten the norms of recruitment of its labour abroad by imposing multiple regulations.

Post your comment
#Migrant workers, #Emigration, #Unemployment in India, #Remittances
The views and opinions expressed in this article are those of the authors and do not necessarily reflect the official policy or position of DailyO.in or the India Today Group. The writers are solely responsible for any claims arising out of the contents of this article.