Is the sarsanghchalak inkling towards a change in RSS's commitment to swadeshi economics?

Delivering his customary speech on the occasion of Vijayadashami, sarsanghchalak Mohan Bhagwat broke away from the traditional stance of the Rashtriya Swayamsevak Sangh (RSS) calling for a boost in Foreign Direct Investment (FDI) and privatisation to provide support to the 'ailing economy'.

"To strengthen the economy, the government is compelled to take steps such as allowing Foreign Direct Investment and disinvestment of industries," said Bhagwat. 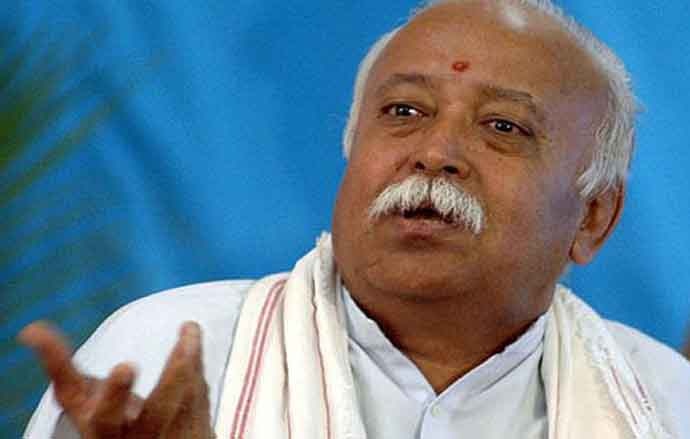 Sarsanghchalak Mohan Bhagwat has called for a boost in FDI and disinvestment. (Photo: Reuters)

The "swadeshi wale" that Bhagwat was referring to are the members of his own Sangh parivar. Until some time back, he too was one. Together the Swadeshi Jagran Manch (SJM) and BMS, both RSS affiliates, have time and again protested against the Centre's move to boost FDI and disinvestment. BMS, Bharatiya Kisan Sangh (BKS), Akhil Bharatiya Vidyarthi Parishad (ABVP) and other RSS affiliates started a massive campaign for swadeshi in 1980s. In fact, SJM came into existence in 1991 to give this movement a concrete form.

"Swadeshi yani kya hai (What does swadeshi mean)," Bhagwat asked not as a literal question but in a bid to justify how a swadeshi economy was indeed in sync with a globalised world, not just culturally but economically too.

What he did not remind people of was that Thengadi spearheaded the attacks on the Atal Bihari Vajpayee government when it came to matters of disinvestment. The BMS leader said the Vajpayee government had let down the nation by giving up the swadeshi agenda. He was also opposed to computerisation and India joining the World Trade Organisation. 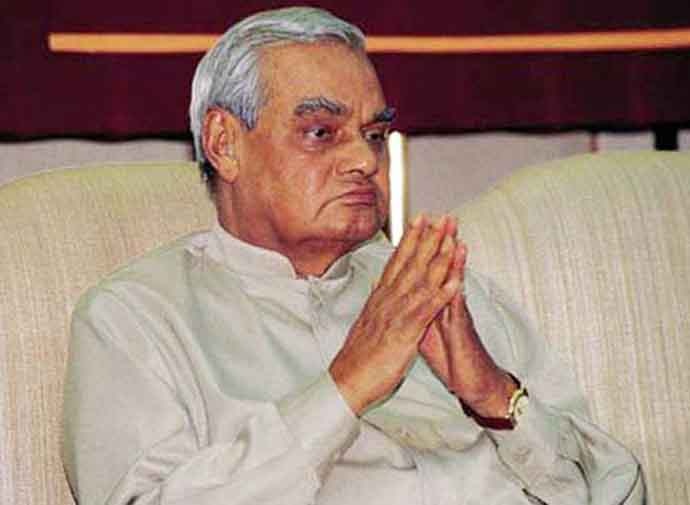 The SJM, which is considered the economic arm of the RSS, describes itself as a "forceful mobilisation, with a vision and action plan for a truly self-reliant Bharat and equitable world order".

In pursuit of this "self-reliant Bharat", SJM has been at the forefront of opposing FDI in India tooth and nail.

In 2018, when American multinational retail corporation Walmart was in the process of taking over Flipkart for $16 billion, SJM called the deal "unholy" and promised to act as a roadblock. The deal, nevertheless, went through with Walmart buying 77 per cent stake in Flipkart.

Niti Aayog vice-chairman had back then tried to do what Bhagwat did on October 8 - change the definition of swadeshi. "I have always wanted to define swadeshi economics. To me it means, above all, generating enough good quality jobs for our young people. It also means generating sufficiently high growth through which jobs will come," Kumar said in an interview to The Economic Times.

"In my mind, national interest is served if our economic policies cater to these two objectives. Everything else to me, therefore, is secondary - whether these jobs come through foreign direct investment, public investment or Indian corporate investment. Hence, I would appeal to the Swadeshi Jagran Manch to adopt the same definition for a nationalist or a swadeshi economic policy," the Niti Aayog vice-chairman said. SJM may not have heard him, but Bhagwat, it seems did.

In order to keep fiscal deficit under control, a promise the BJP government has often repeated, more disinvestments are only going to go through and FDI doors are set to be opened in newer sectors, it is thus only understandable that Bhagwat realises it is time to accept that swadeshi economics was an untenable concept. He has thus chosen to obfuscate the term itself throwing open the question of "swadeshi kya hai".

He tried to take the RSS's pet themes of swadeshi, swavalamban and swanirbharta (self-reliance) forward by adding swa bhasha (indigenous language), swa bhoosha (indigenous attire), swa sanskriti (indigenous culture). This addition helps to present swadeshi as a sociological construct instead of an economic one because swadeshi as an economic construct is failing in India where Made is China products have come to rule the roost.

If one were to consider China's share outside crude oil and gold imports, Chinese goods made up for nearly 19 per cent of all imports in India. If Hong Kong's contribution is included, it adds up to nearly 24 per cent of all imports. Put simple, nearly a quarter of India's imports came from mainland China or Hong Kong. Traders can't boycott cheap Made in China products because very little is made in India.

Deendayal Upadhyaya, RSS ideologue and president of BJP predecessor, the Bharatiya Jana Sangh, envisioned an economy where every person had a job. Much like Niti Aayog's Rajiv Kumar. He said only a decentralised economy with thousands of family-oriented small industries situated in villages, where workers will seamlessly move from farm to factories and back, was suited to Indian conditions.

This is the concept of swadeshi that Mahatma Gandhi had made central to his philosophy.

When it came to the economic dimension of swadeshi, Gandhi was convinced that the ubiquitous poverty in India was mainly due to the departure from the path of swadeshi in the economic and industrial life. Gandhi advocated that one who follows the spirit of swadeshi should use only things that are produced by our immediate neighbours and serve those industries by making them efficient, and strengthen them in areas where they are found deficient.

Gandhi's swadeshi dream, that Bhagwat swore allegiance to, is a country growing at a steady pace, gently powered by the sweaty labour of man and beast in self-sufficient villages of happy citizens content with measured consumption.

In its bid to draw legitimacy and gain wider acceptance, RSS has often invoked Gandhi. Bhagwat has said that the RSS shared Gandhi's idea of swadeshi and was committed to protecting and fighting for.

This idea did not envisage FDI and privatisation.

Bhagwat is trying to update RSS's ideas and ideals according to the changes taking place not just in India, but globally too. Redefining swadeshi is just one of the many issues that need a rethink. Hence the question, "swadeshi yani kya hai?"

Also read: Why the triumph of RSS is unprecedented

#RSS, #Mohan Bhagwat, #Swadeshi Jagaran Manch, #Swadeshi
The views and opinions expressed in this article are those of the authors and do not necessarily reflect the official policy or position of DailyO.in or the India Today Group. The writers are solely responsible for any claims arising out of the contents of this article.