Why the triumph of RSS is unprecedented

No matter how much the RSS is misunderstood and demonised, whether by left liberals in India and abroad, its contribution to the making of modern India is indubitable.

Vijayadashami, the 10th day of the India's autumn Navaratri festival in the month of Ashvin, is celebrated all over the subcontinent and elsewhere as the victory of good over evil. However, few among India's intelligentsia are aware that this is also the day of the founding of the Rashtriya Swayamsevak Sangh (RSS).

When the Sangh was founded on September 27, 1925, Dr Keshav Baliram Hedgewar, popularly known as 'Doctorji', was still a Congressman. He had already spent a year in jail in support of Gandhiji's Khilafat andolan (agitation) in 1921-1922. He would spend another stint in British prisons during the noncooperation movement in 1930-1931. 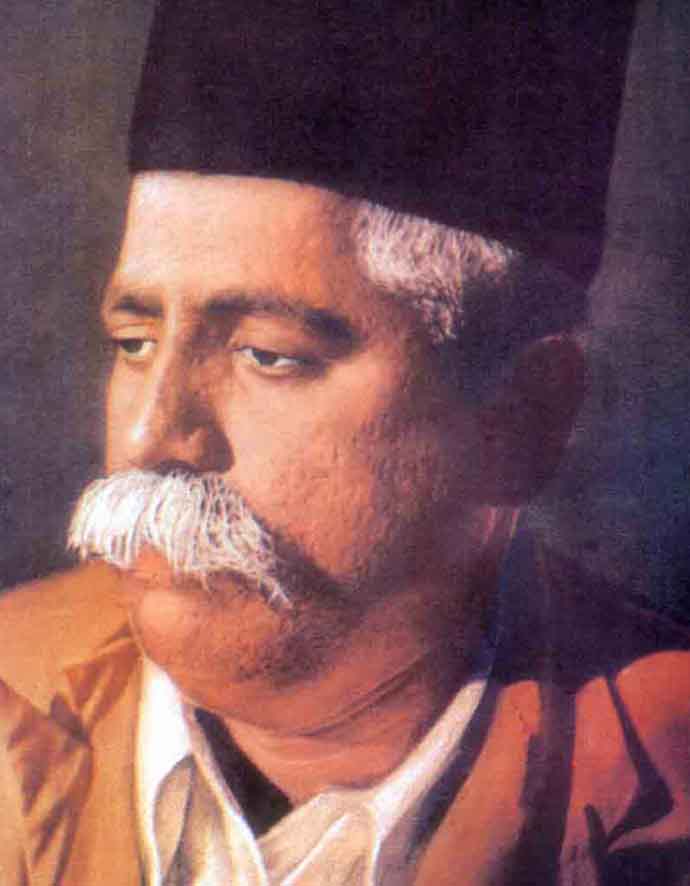 Keshav Baliram Hedgewar was still a Congressman when Sangh was founded on September 27, 1925. (Photo: Wikimedia Commons)

When it was founded however, the organisation he was inspired to create was not even called the RSS; the name was chosen after a vote on April 17, 1926. In fact, Dorctorji became the sarsanghachalak or formal head much later, on November 10, 1929. By the time he passed away on June 21, 1940, he was just 51, but he had established the Sangh on a firm footing.

Hedgewar parted ways with the Congress because he felt straitjacketed by its methods, including the personality cult around leaders such as Gandhiji. Though he respected the latter and had discussions with him, Doctorji believed that fetishising of non-violence as the sole method to throw out the British would be counterproductive in the long run. He was also alarmed at what he saw as the incessant appeasement to the increasingly dangerous Muslim demands, all in the interest of the goal of Hindu-Muslim unity.

He felt, instead, that the best safeguard of the future of India was the unity and empowerment of Hindu society. The Congress could not be entrusted with this all-important task. A new, largely non-political organisation, based on Hindu ideological, cultural, and spiritual principles was needed. Hence the RSS.

When Hedgewar started out, the Congress was the mother of almost all Indian political, social, and cultural formations. Today, as the RSS enters its 95th year, the scales of history seem to have reversed. Almost every major political, social, and cultural organisation in India today bears the stamp or influence of the RSS. So much so that the ultimate goal of the RSS, which is Sangh Samaj Banega or merger of the RSS with Indian society, seems within sight. This is how newly released, well-written, and informative insider's account, The RSS: Roadmaps for the 21st Century by Sunil Ambekar begins: "The Sangh does not want to be a separate power ruling over society; it wants to strengthen society, so that it can handle its issues constructively."

Ambekar has been a life-worker of the RSS. A pracharak (propagator) since his childhood, he is today the national organising secretary of the Akhil Bharatiya Vidyarthi Parishad (ABVP), reportedly the largest student body by membership numbers in the world. Sunil ji, one might say, is almost a born RSS activist. His home opened into the grounds of the RSS headquarters, Hedgewar Bhavan, in Nagpur. He attended the Mohite Shakha or branch of the RSS since childhood.

A soft-spoken, highly knowledgeable and cultivated individual, he epitomises the spirit of selfless service that has made the RSS a mighty "network of networks".

Ambekar's book is a must-read for anyone who wishes to understand the Sangh in today's context. From feminism and LGBT rights, to status of Muslims and the notion of a Hindu rashtra, Ambekar offers a crisp and cogent account of the RSS thinking on most major matters. The book is also a treasure trove of little known factoids. For instance: as of March 2019 the total number of RSS shakhas in the country was a staggering 59,266 (p 32). At the end of the book (p 219), Ambekar offers the RSS's organogram, useful for those who wish to understand its structure. 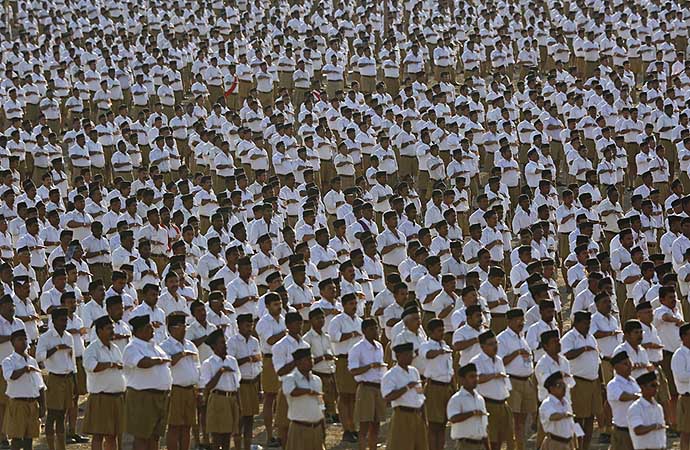 According to Sunil Ambekar, as of March 2019, the total number of RSS shakhas in the country was 59,266. (Photo: Reuters)

Perhaps, Ambekar's most valuable contribution is to enable us to understand that the unique and distinguishing feature of the RSS is its almost infinite creativity and fecundity. This is manifest in its capacity to create any number of near-autonomous organisations touching almost every sphere of life. As Ambekar puts it, "There is no limit on the number of organisations that can be seeded to support the multiple issues in society that necessitate intervention" (p 145).

Ambedkar disclaims the moniker sangh srishti for the RSS's phenomenal productivity, attributing the success of the Sangh Parivar to 'India's creations born out of Indian visions'. Yet, there can be no doubt that starting with the Bharatiya Janata Party (BJP), which won 303 seats in the 2019 general elections and the party supremo and current Prime Minister of India, Narendra Modi, both of whom are RSS creations, the triumph of the Sangh has been unprecedented in recent Indian history.

No matter how much the RSS is misunderstood and demonised, whether by left liberals in India and abroad, or even by frustrated heads of state across the border, its contribution to the making of modern India is indubitable.

Today, it is force to reckon with in almost every area of Indian life and society. The real secret of its success, to my mind, are the thousands of fully dedicated workers like Sunil Ambekar, who have given their lives for to make India a strong, stable, and resurgent nation.

Also read: Can the media stop baiting the RSS?

#Vijayadashami, #Sunil ambekar, #Keshav baliram hedgewar, #RSS
The views and opinions expressed in this article are those of the authors and do not necessarily reflect the official policy or position of DailyO.in or the India Today Group. The writers are solely responsible for any claims arising out of the contents of this article.