The crisis is a result of recent policy miscarriages and disconnected government interventions.

Even the biggest sceptics of India's post-1991 growth story cannot deny the triumphant telecom revolution. With over 1.21 billion Indians owning a mobile phone, more than the population of the US and Indonesia put together, nothing can come closer to the transformation mobiles have ignited among Indians. A humble effort that started to augment the paltry tele-density in the late 1990s has turned languid India into a digitally charged democracy where internet users are expected to reach 500 million by June 2018.

Nevertheless, while nearly 900 million Indians are still offline (70 per cent of 1.3 billion people) and one billion are yet to own a smartphone, India’s unprecedented communication revolution is now coughing up scary headlines. 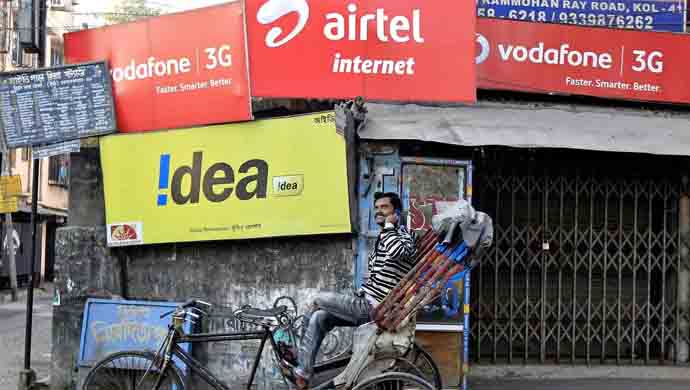 Telecom bellwether Bharti Airtel's India operations posted first ever loss in 15 years in the March quarter. Idea Cellular, on its way to merger with Vodafone India, reported a three-fold rise in consolidated net loss at Rs 962.20 crore in Q4 FY18. Even the aggressive newbie Reliance Jio, which dragged other telcos to losses through its cut-throat pricing failed to sustain revenue growth during the same period. Jio's revenue growth slowed to 3.6 per cent in Q4, much lower than the 11.9 per cent growth it reported in Q3 FY18.

Meanwhile, the worst piece of news is that the telecom sector is expected to see at least 90,000 job cuts this year. Since 2017, it has already lost 40,000 jobs. It goes without saying that India's world-acclaimed telecom revolution had generated immense job opportunities in the country.

Losses, job cuts and closures had never been a part of India's telecom renaissance.

So, what has happened to this splendid growth story?

Why is India’s burgeoning mobile services business bleeding in an unseen fashion despite untapped potential of business expansion, no shortage of spectrum (rather oversupply), limited competition and also aggressive pricing?

The crisis in telecom sector is a result of recent policy miscarriages and disconnected government interventions.

The recent crisis started in March 2015 with the so-called biggest spectrum auction fetching Rs 1.10 lakh crore. Before the government could actually reap the revenue windfall, the mega-auction left telcos with broken finances. The second spectrum auction in 2016 failed to generate enthusiasm among industry leaders and ended up with a paltry sale of Rs 65,000 crore against the target of Rs 5.6 lakh crore.

After buying spectrum at exorbitant prices, telcos unleashed a borrowing spree and piled up debt of Rs 7.7 lakh crore in their books.

In 2014-15, the telecom sector was struggling with slowdown, closures and jobs cut triggered by the 2G scam. The expensive spectrum shopping proved lethal for incumbent telcos amid aggressive entry by Reliance Jio. However, after showcasing initial success, Jio is staring at revenue slowdown while capital expenditure is on the rise.

The crisis of telecom sector is now far deeper than expected. The consumer-level wireless spends in India hit a new low in the December 2017 quarter both in absolute terms and as percentage of nominal GDP according to quarterly performance indicators report (PIR) of TRAI. Consumer-level spends are down nearly 30 per cent versus pre-Jio-launch levels with similar levels of decline in both prepaid and postpaid segments.

The mobile subscriber base also declined to 115.19 crore by the end of January 2018 from 1,16.74 crore in December-end in 2017 with smaller operators losing bulk of their customers. These trends are adequately manifested in the fresh numbers of telecom companies.

While the sector is in the news for all the wrong reasons, the Department of Telecommunications (DoT) has released the draft of the National Telecom Policy (NTP), 2018 (National Digital Communications Policy, 2018) for public consultations. Even as telecom operators are struggling to deal with declining revenues and rising debt, the new telecom policy envisages an investment of $100 billion by 2022 in the communications industry.

The policy aims to provide universal broadband coverage with 50Mbps speed to every citizen. After a stellar growth of over two decades, the telecom sector is spoiled by policy dilemmas. The competition in telecom space is the biggest causality of 2G scam. As consolidation has left only four national players in the market, the fresh wave of competition in the industry is necessary to bring in the new investment.

Secondly, the government needs to ease its pricing policy of natural resources. Spectrum sale on expensive prices has triggered losses and debt in telecom sector and squeezed competition. Telecom operators pay nearly 30 per cent of their annual income to the government in the form of taxes, spectrum usage charge and licence fees. The new telecom policy seeks to reduce the overall levies imposed on telecom operators, but the finance ministry disagrees as it will impact revenue generation.

While the data spin doctors in the government are inventing job explosion out of thin air, thanks to policy quandary, India's most fabulous success story has now turned into a sorry tale of limited competition, bleeding balance sheets, broken networks and massive job destruction.

#Job losses, #Spectrum, #Telecom revolution, #Telecom Industry
The views and opinions expressed in this article are those of the authors and do not necessarily reflect the official policy or position of DailyO.in or the India Today Group. The writers are solely responsible for any claims arising out of the contents of this article.