For those who thought one AAP wasn't enough, here's news. There's a potential rival AAP and apna purana wala AAP is quite AAP-set!

Murphy’s Law states: “Anything that can go wrong will go wrong.”

A practical example of that is Arvind Kejriwal, the man who, in spite of being the founder of AAP (the Aam Aadmi Party), is still a stranger to being respected.

A month ago, he had to deal with two consecutive attacks on him, with weapons like red chilli powder and bullets (minus the gun), but his greater concern was dealing with the trolls on Twitter who just could not get over the absurdity of the choices of 'weapon'.

But just when you thought he’d recover from it, here’s another blow.

Kejriwal and his party of aam aadmis have moved the Delhi High Court hoping to restrict another political party which, he says, is ‘misusing’ the Aam Aadmi Party’s symbol and abbreviation. Kejriwal’s current nemesis, the Aapki Apni Party’s symbol is a battery torch, with rays of light on top. This, Kejriwal believes, is deceptively similar to AAP’s broom symbol. Naturally, this is likely to confuse voters.

We are confused too ‘cuz, for one, the Aapki Apni Party symbol looks more like the LGBTQIA flag to us.

Umm... where is the torch? And how did Mr Kejriwal manage to see the battery?

And secondly, who is voting for the Aapki Apni Party? They literally have, like, 22 followers on Twitter, which most certainly is not the voters’ list, in case Mr Kejriwal is confused.

But this is actually the ghost of Christmas past, which is why Kejriwal doesn't want to take a chance.

In 2013, AAP had complained to the Election Commission (EC) that they, apparently, lost out on several votes to independent candidates who had used 'pen nib with seven rays', 'shuttlecock' and 'torch' symbols — all of which looked deceptively similar to AAP's broom — to confuse voters.

History was repeated in January 2017 again when AAP’s Delhi leaders objected to the use of the okra as a poll symbol, claiming it (you guessed right) looked similar to the broom. 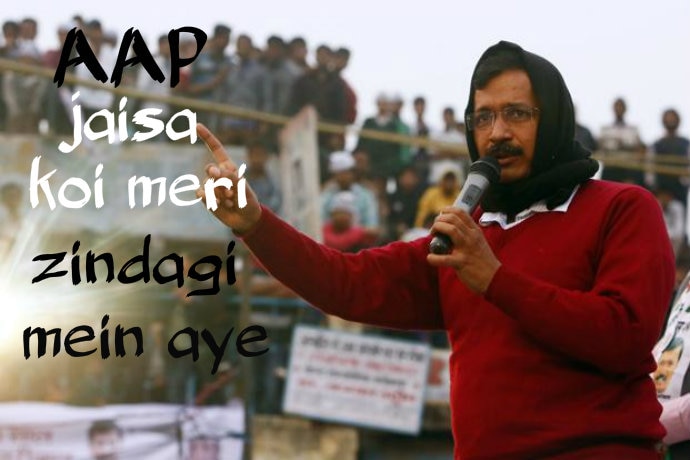 But, okay, it's better to be safe than sorry, we guess. But Murphy's Law, remember? Kejriwal is not getting cut any slack.

The petition, presented before Justice Yogesh Khanna, could not even be heard on Tuesday as the bench did not assemble. A new date — Sunny Deol-style — was allotted, and it will now be heard on February 1. 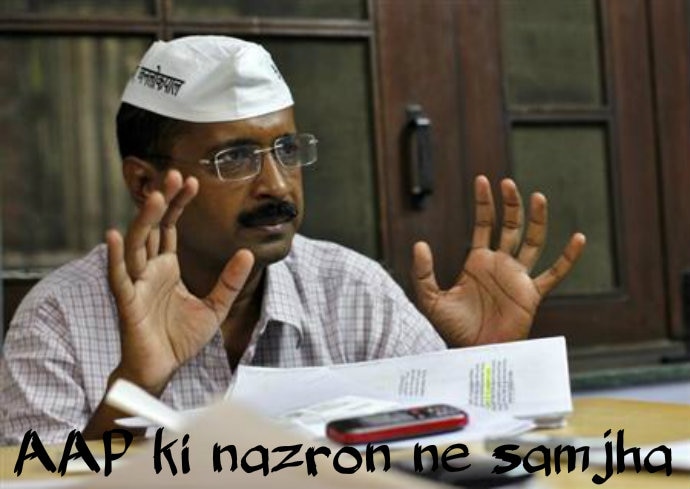 Clearly, all the forces are against Kejriwal — Election Commission, the sarkaar, the Delhi High Court, even the Delhi smog.

Aur pehle AAP pehle AAP mein... you get the drift.

#Lok Sabha elections 2019, #Election Commission of India, #Aapki apni party, #Aam Aadmi Party
The views and opinions expressed in this article are those of the authors and do not necessarily reflect the official policy or position of DailyO.in or the India Today Group. The writers are solely responsible for any claims arising out of the contents of this article.