How to be Anurag Kashyap's writer: It's much easier than it seems!

Tips that will help you land the most coveted writing gig!

The second season of Sacred Games dropped this Thursday. The entire Internet collectively gave neend ka balidaan, binge-watched the entire season and chanted aham brahmasmi in unison as they finished watching the finale.

As I saw memes on the show flooding the Internet, the writer in me couldn’t help but applaud the brilliant work the writers of the show had done.

And then, I wondered, what does it take to be a writer for Anurag Kashyap, the man who has given us cult classics like Gangs of Wasseypur, Black Friday, Dev D, Raman Raghav 2.0 and most recently, Sacred Games?

All of Kashyap’s films have a special place in viewers' hearts (except, maybe, Bombay Velvet). How does the man always manage to get his films to do well — be it Gulaal, Lust Stories, Manmarziya (again, not you, Bombay Velvet)?

So, I have made a list of 5 traits you must have if you wish to be a writer for Anurag Kashyap. (Read on, and have a hearty laugh!) Gangs of Wasseypur — A Kashyap movie made mind-boggling with its expletives! (Photo: India Today)

If it doesn’t give nightmares to the Censor Board, is it even an Anurag Kashyap film?

I mean, if you are writing for Anurag Kashyap, you should be familiar with all the cuss words used in various languages and dialects. All of us know that swear words are pronounced differently in different dialects. Now, you cannot expect a guy from UP to say a cuss word the same way a guy from Punjab does, right?

That is where your expertise in gaalis comes in.

From this point on, it’s just you and your knowledge on MCs and BCs that will help you win over Anurag Kashyap!

2. Please have a thing for umbrellas! All in the chaata: From Anushka Sharma’s umbrellas to Bunty’s umbrellas, Anurag Kashyap has come a long way. (Photo: YouTube/ Fox Star Studios)

No, not the umbrella the dancers around Anushka Sharma are holding in Bombay Velvet. If you used the same umbrellas that would be inviting bad luck, no (given, and yes, we've made this point, how terribly Bombay Velvet tanked at the box office)?

Instead, when life gives you umbrellas, do what Bunty from Sacred Games would do with them — and voila! In addition to the writing gig, you might well get an acting role with Anurag.

3. Please be a supporter of the Kalki-Nawaz yojana! Looks familiar: Kalki is in, oh, almost every movie Anurag ever made. (Photo: India Today)

No, seriously. Kalki has appeared in so many Anurag Kashyap projects that I have lost count. Same goes for Nawaaz. I kind of want Anurag Kashyap to change his Twitter handle name to the Kalki/Nawaz yojana. 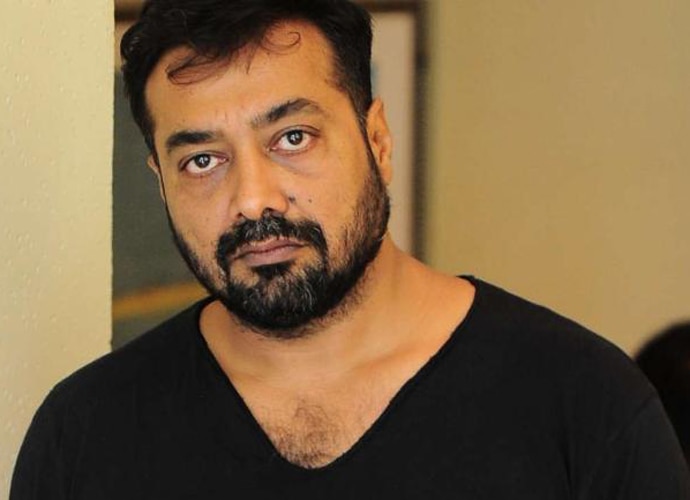 Life is grim: Whatever you do, don't have high hopes! (Photo: India Today)

Don’t take this the wrong way. I honestly think Anurag Kashyap is highly ambitious. How else would you explain his decision to make Bombay Velvet? If anything, that’s pure, unbridled, overvaulting ambition.

Lacking ambition can do wonderful things to a person. Worse comes to worse, it can make you a writer for Anurag Kashyap. From there on, it’s smooth sailing.

So, there you have it, people. 4 easy ways to be a writer for Anurag Kashyap.

Don’t forget to thank me when you land the gig!