It won't be long enough before parents and kids start rating each other leading to arguments.

Recent news about the Cambridge Analytica scandal has shocked the world and given us an understanding as to the damage social media can do. It is indeed a new form of mass scale psychological warfare.

Cambridge Analytica used the tools in the Trump campaign in the US presidential election in 2016 and even in India. The question lies as to how private is your data. Rarely any of us even bother to read through terms and conditions while signing up on new websites/apps.

Disclaimer: I may or may not have enslaved my future generations into slavery by ticking one of those "I accept the terms and conditions" box.

It is also quite fascinating to know how these algorithms make your social profile. If by analysing my weekly consumption of puppy videos you can figure out what is going on my mind and what how politically inclined I am, you have my money. 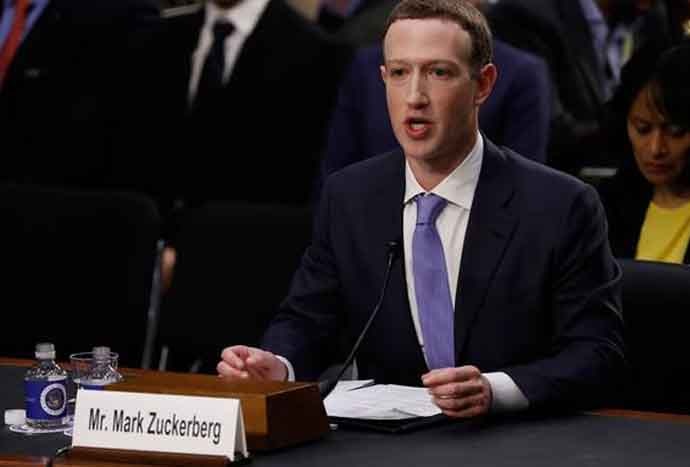 Like all concerned people, I too quickly downloaded my whole Facebook data to see what all information they have regarding me. Amongst other random things, came across a picture of me as a toddler wearing a frock tagged by my sister. Now don't judge me. Irish grown up men still wear frocks. Thankfully, my fashion sense evolved as in I'm not into cross-dressing anymore.

Hypothetically if I was to become the prime minister of India in an alternate universe and someone unearthed that picture, I believe the nation should feel embarrassed for it, not me. So, I don't really care about online surveillance any more.

Soon enough another campaign started getting viral which was the #DeleteFacebook campaign where people pledged to delete their Facebook accounts. Which bring me to the point that pretty much all the apps you use have fairly large amounts of data about you.

Be it Google, Twitter, Zomato, Uber etc, which even if explicitly shared to advertisers by companies is still prone to data hacks at any given time. For the record, Zomato, you cannot keep showing me dal makhni and butter chicken pictures to sway my opinion. I have been made to believe by scientists that we humans are an evolved species and are able to make rational choices.

But seriously are we?

China in collaboration with the Alibaba Group and other agencies will be launching the world's social credit system for the country in the coming few years that will rate citizens and assign a score after gathering data from multiple places which includes consumption patterns, legal penalties imposed, creditworthiness, social behaviour, online activity etc. The score will entitle you to some privileges, which will not be accessible to people with low scores.

If this system was to be adopted in India you might get privileges like maybe the government officials will offer you installment options for the bribe amount or conduct a complimentary tax raid at your business competitor's office.

The thing with big data is that unfortunately there isn't just a single server which you can break apart by smashing a cricket bat and eradicate all your digital information  from the cosmos. Our data exists in multiple forms in various locations globally with numerous companies.

Partially, Hollywood is to be blamed too as it did not churn out any inspirational flick about a server-smashing boxer as yet. Would be good to have another sequel in the Rocky series.

"They stole his data. He stole their peace. Rocky Server. Coming soon at a cinema near you."

There was a time when you had to earn recognition from people. Not anymore. Nowadays, having social validation from mobile applications rating you is enough. It won't be long enough before parents and kids start rating each other leading to arguments.

Kid: "I have had enough. I am leaving you all and going to Kapoor aunty."

Mother: "Tell me will she make you your favourite matar paneer (cottage cheese-based Indian dish)?"

Kid: "Yes of course. Also she is not biased like you when it come to paneer distribution."

It was a sheer joy watching the testimony of Mark Zuckerberg in front of the US Congress as he tried defending all their complex questions such as - "Mr Zuckerberg, say if I reincarnate many years later as Chihuahua and let's assume by that time pets have evolved enough and have the capacity to control their own social media accounts. Will Facebook servers be able to detect and bring up my past existence?"

"We are all in the gutter, but some of us are looking at the stars." Albeit, rating stars.

#India, #Facebook-Cambridge Analytica, #Mark Zuckerberg
The views and opinions expressed in this article are those of the authors and do not necessarily reflect the official policy or position of DailyO.in or the India Today Group. The writers are solely responsible for any claims arising out of the contents of this article.