Happy Birthday, Rahul Gandhi! Let's reflect on the year that was

Do some hard thinking. Maybe you do not have the mettle, and the nastiness, required to be a politician in South Asia. Maybe you didn’t want it in the first place.

Happy birthday, Rahul Gandhi. It must be a mixed day though. How does it feel, we wonder, on your birthday too, that you have been left with just a fig leaf to hide your unsurmountable political loss of face? It is also the centenary of your great grandfather, the superlative Barrister Motilal Nehru’s Presidency of the Congress. He was appointed to the post in 1919.

Happy birthday to you then, and a tear for the torn mantle of the legacy you should have upheld.

Happy Birthday and all that — but we know it hasn’t been a happy time at all.

When the entire country knew, and that includes non-watchers like us, that you were far unlikely to be a real challenge to the man with the biggest chest and the might of a gladiator, you were woefully beguiled by the charm of your own netagiri and sloganeering. Now you and your lovely sis (Priyanka Gandhi Vadra), who must have given you a warm hug first thing this morning — have started blaming the listless karyakartas, the in-house fighting, the fathers of sons who also lost.

Is there any chance that you will take a good hard look at yourself? Happy Think-Day, Rahul: Losing the Congress bastion must have left a deep mark. It's time to reflect on that. (Photo: Reuters)

A birthday, and a ripe one like yours which has come on the back of privilege and elitism, where you have not held any office or done a real job, must come with some wishful thinking. Firstly, it would be your key concern that you actually lost the seat which has been the Congress' bastion and made a TV star a 'giant killer' — that would be a deep cut. Did you, by any chance, do any ‘chintan’ on the how-what-where — the small margin which you won with last time wasn’t warning enough?

Then there is the thing about hubris. Your father (Rajiv Gandhi) fell for that too, as did your grandmother (Indira Gandhi). But they did win awesome elections themselves — just like the one you lost recently. Or were you taking us for granted?

The middle class is reeling under price pressure and loss of disposable incomes. The poor are all but forgotten and they have no desire to be a photo op. The rich will hedge their bets until whichever party wins and work with a giraffe if they have to in order to protect their interests.

You were woefully out of touch. Who divides up the contest in UP threeways if you really want to defeat such entrenched incumbents? You responded to Arvind Kejriwal on tweets about seat sharing and he yelled himself hoarse — correctly this time around — that you had no desire to help defeat the BJP.

Try going to a nice little ,andir today — after all, you are a 'janeu dhari' Hindu with all that 'gotra' and 'kuldeepak' nonsense, and ask the Almighty for a dollop of wisdom. The first being the yogic control of senses itself where you can shed the inability to listen to the real people who count. It is very clear that you have been receiving bad inputs, especially after the three-state win. Did you really think your adversaries would take that lying down?

Even if you wanted to make sure that NYAY would be done, could you not start this in the states you were in power, just to demonstrate your will and commitment? 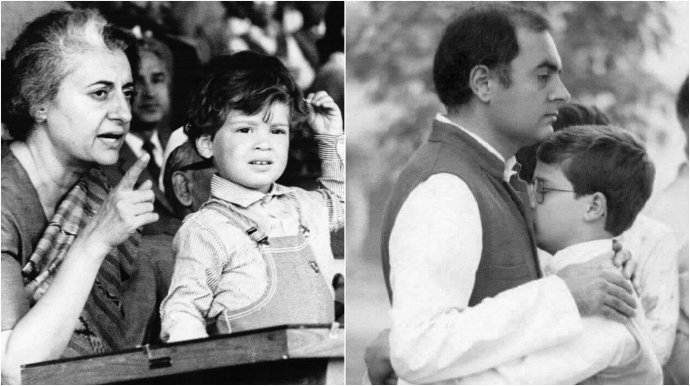 So, this is a problem with birthdays — they come to remind us how badly a year has gone by and the opportunities we have lost. We then look for the year ahead and make a wish. Most of us wish for a nice little foreign holiday because we can barely afford anything these days, what with rates of interest, fuel prices and taxation. Groovily, you are rich enough to go anywhere you want to at any time with security in tow — no need to worry about watering your plants in your sprawling Lutyens bungalow.

Well, there you are then. People who do not tell you the truth about the truth — that there is resentment on your stranglehold of the party itself. Though you have apparently resigned, there is a distance between your name and its association with the political upset that we have seen.

Do take a break.

Do some hard thinking.

Maybe you do not have the mettle — and the nastiness — required to be a politician in South Asia.

Maybe you didn’t want it in the first place.

But you have been making far too many obvious mistakes, never leading the narrative, being played like a spinning top by the Opposition. Have you asked yourself that on your birthday, you may need to go back to the drawing board? Try taking up a real job and do it well. Get yourself a track record and a resume that is evidence-based as we people who work in real offices have to demonstrate to get a raise.

Do that — and you may have a chance. Even a small one.

Also read: Only a Gandhi: Why I think Rahul Gandhi, and only a member of the dynasty, should lead the Congress