In Banana Republic: When five-star hotels give you bananas, don't do a Rahul Bose, please!

Figuring out what is complimentary at a five-star hotel and what is not is at all times walking a tightrope.

Received wisdom states that life gives you lemons, not bananas.

With Rahul (no, no, not Rahul G) the lemon that life gave him was a banana. It's nature's bounty; nature decides how it mixes it up. Bose, no, not Neta G, was left humming a Meatloaf song: 'Life is a Banana and I want My Money Back'.

With specific reference to Rahul Bose, he said, "In Hindi, when life gives you lemons, you say 'Kela ho gaya, yaar'. Rs 442 for two bananas is excessive. We will take up the issue with the Marriott at the highest level."

You have to see this to believe it. Who said fruit wasn’t harmful to your existence? Ask the wonderful folks at @JWMarriottChd #goingbananas #howtogetfitandgobroke #potassiumforkings pic.twitter.com/SNJvecHvZB

Following our conversation, an inquiry was ordered by the Chandigarh administration into the VAT charged on the bananas, and the hotel ordered to pay a fine of Rs 25,000.

When I contacted the charming couple, they said: 'We've been ripening together for years. We're glad Rahul Bose photographed us but didn't break our jodi. If he had eaten us we would have been stomach-lining in a matter of minutes. Although in our old age, we can do without the fame. As of now, we are safe on the plate in the Marriott. We have one request to the hotel: if you can be kind enough to convey it; can you please turn down the air-conditioning? When we shiver the plate clatters along with our dentures.'

Bose, apparently, was so shaken that he subsequently took refuge in the Marriott bar, running up an even higher bill.

He was rumouredly joined by Diljit Dosanjh who played him his hit song, '5 Taara' (Five Star), which is about a Chandigarh dude who drinks away his blues (and frustration) in a five-star hotel bar, when he learns his girlfriend is abandoning him and leaving for England: 'Khufiya reportan ni tu jana England/ Haye ni jana England ni/Ni tera sara gussa aaha/ Panj tara theke uthe beh k utaareya/ Main tera sara gussa.'

Inadvertently, the banana hoopla has also performed the function of jogging our memory about Rahul Bose. I bought a dozen bananas and wolfed them down, and as the serotonin surged, I thought of Rahul Bose.

Agastya is pictured pleasuring himself, perhaps while simultaneously smoking a doobie. The said banana is blanketed out. It was the first time that we saw such naughty things being portrayed on screen. We had to then wait twenty-five years until Swara Bhaskar's character rendered her Agastya's on-screen partner-in-crime in Veere Di Wedding. 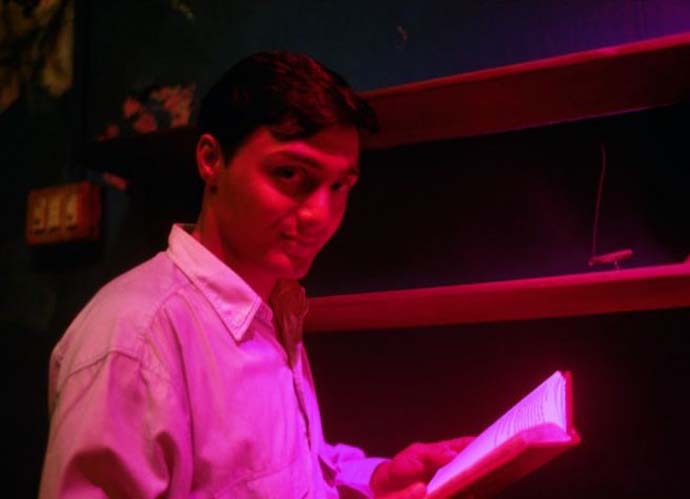 Life can get just too plush. (Photo: Still from English, August)

The second image I have of Rahul Bose is of his character haggling with an autorickshaw driver in Pyar Ke Side Effects, during the film's climactic chase. The argument is about Delhi auto drivers not going by the meter. Seen in this light, Bose's present-day tweet about wrongly metered bananas was very much in character.

What do you mean, the meter's running?. (Photo: Screengrab from Pyaar Ke Side Effects)

One can imagine Bose in the back of an auto, as the meter shows the rapidly scaling price of a banana on the stock market. When it hits four hundred, Bose screams: 'Stop the auto. I'm not taking any more of this bananarama.'

The third image is from the Sunday papers about Rahul's new avatar as a rugby player, a sport that is mostly about banana-shaped paraphernalia bumping aggressively into each other and getting squashed. Panic button: Bose set the wrong example by pressing it over the price of bananas. (Photo: Facebook)

Which brings us to five-star hotels and their seductive trappings. Standing in a five-star room, I've always felt like a prisoner in someone else's palace.

Drink as much tea and coffee as you like. The sachets will be replenished. The panic button next to the bathtub is for emergencies only.

Bose set the wrong example by pressing it over the price of bananas. It's like pulling the chain on a train because you suddenly realised that someone had picked your wallet. Not done.

Five-stars have their loopholes. Exploit them. In my twenties, a friend introduced me to coffee at Bombay's Taj Land's End. You ordered a cup and got endless refills for no extra cost.

By the time one left, the stomach would be churning with acid; a soothing banana was what one craved for at these times.

At litfests, I've faced the problem of missing the paid-for buffet breakfast. And so the free bananas. Often five-stars are in the middle of nowhere; one finds oneself stranded and forced to order the dosa, which costs a grand. The trick here is to step into the hotel parking and make friends with the lounging drivers. One of them will tell you where they eat.

It's usually an excellent cheap place tucked away in the vicinity, unseen and unheard.

At times, in hotel rooms, I've found myself having WaiWai instant noodles with the running twenty-four-hour hot water on offer, though a snobbier person might remind you: This is a hotel, not a hostel. There are rumours that WaiWai, inspired by Bose's outrage, is contemplating launching pre-cooked bananas.

One can always smuggle in food and drink from outside but hotels frown upon that. Once, I was hauled off to the duty manager's desk for trying to smuggle in three pints of UB Export, a lager only available in Bangalore off-licences but not the hotel fridge, which stocked imported Heineken. I was busted by the x-ray machine. I explained to him like an errant schoolboy that I really wanted to taste this beer as it had been highly recommended. He replied: 'Ok, only this one time' and let it pass.

I, like Bose, wasn't going to let go of this so easily. As soon as the manager turned his head, I swiped the metal plate that bore the legend 'Duty Manager' off his table and straight into my bag with the beers.

It now adorns my writing desk.

While he'd robbed me of my dignity, I'd stolen his identity.

Also Read: Jhadoo 101 for 'bade log': How to successfully wield a broom for photos