It's this meme's second life, and hopefully the final.

“Would you have sex with Johny Johny Yes Papa?” makes it to the list of top five most absurd questions I have ever come across on the internet and that list includes a beautiful anonymous human being on Quora enquiring, “If I pee on a girl’s pillow, will she secretly become addicted to my pheromones in her sleep and fall deeply in love with me?”

Doing my best to ignore the Quora question — although it definitely does deserve a spot on Dr Watsa’s “Ask the Sexpert” — I look at the “Johny Johny” question and wonder why Maria Sherman of Jezebel has such an oddly specific kink-query about a kindergarten rhyme.

The simple answer is that “Johny Johhny Yes Papa” is a wildly popular meme right now, not just in India — where many argue this rhyme originated, though I have found no evidence either supporting or disproving such a claim — but across the world. But why is a rhyme about a lesson in honesty, which goes “Johny Johny, Yes papa/Eating sugar? No papa/Telling lies? No papa/Open your mouth, Ha ha ha” a meme at all?

Maybe because it is absurd; at least to those who turned it into one? The meme, after all, is little more than the rhyme itself. It is an animated video where an ecstatic father-son duo sings and dances this exploit of sugar consumption, inquisition and ensuing laughter. And it is this video that has, in the words of Morgan Sung of Mashable, cursed our timelines. Of course, the seemingly MDMA-fuelled shindig, featuring a CGI baby with a psychopathic smile and a CGI father dancing with “Gangnam Style” vigour has led to many, many memes.

In a less simple time, it may not have. But memes have increasingly taken a turn for the absurd and surreal in this present age, where the rise of fascism across the globe and the long-drawn effects of late capitalism have pushed millennials to adopt a more nihilist, Dadaist approach towards life. And this is not the first time “Johny Johny” has gained popularity on the internet. 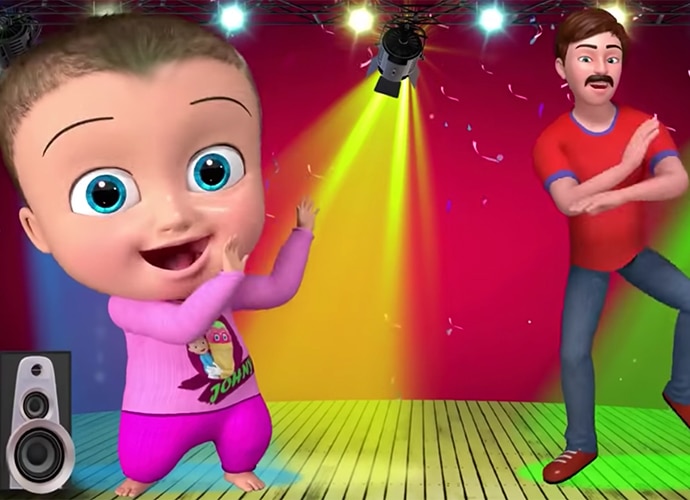 An MDMA-fuelled shindig, featuring a CGI baby with a psychopathic smile and a CGI father dancing with “Gangnam Style” vigour. That's what it is. (Photo: Screengrab)

In 2012, “Turtle Interactive” a YouTube channel that posts animated nursery rhyme videos, uploaded a musical version of this rhyme. It wasn’t, however, until 2014 that 4Chan, the source of all evil on the internet, discovered it and observed that the “Papa” in the video resembled a badly drawn Peter Griffin from Family Guy. Subsequently, a subreddit came into existence on Reddit. By 2015, the popularity of this video and other similarly made videos died out.

The present version of this video, uploaded by the “Billion Surprise Toys” YouTube channel, and its popularity is merely a second life for a rhyme one barely gets exposed to after the age of seven or eight. The memes themselves are usual thoroughfare, limited not just to this one particular video, but to all other videos from the same channel. It is its own world.

“Johny Johny” does little to offend me personally. But it does annoy me no end.

It is difficult to explain why. Maybe it’s because the “Papa” mildly resembles Shailesh Lodha who plays Taarak Mehta in Taarak Mehta Ka Ooltah Chashmah, and I hate that show. Or maybe it’s because I am afraid of being visited by a poisonously happy CGI baby in my dreams. Or maybe it is just, as is overdone with "Indian People Facebook," riffing on mediocre or cringeworthy content to gain internet karma. And with that in mind, I hope this meme, like it did back in 2015, dies once again.

Lauren Michele Jackson, in her iconic culture essay, “A Unified Theory of Meme Death,” observed that one of the ways a meme finds its death is in overanalyses. This may not be a thinkpiece, but it is a little more than 700 words hoping, with their every fibre — please let this meme end.

#Johny johny yes papa, #Pop culture, #Internet, #Memes
The views and opinions expressed in this article are those of the authors and do not necessarily reflect the official policy or position of DailyO.in or the India Today Group. The writers are solely responsible for any claims arising out of the contents of this article.