The Grand Poobah has done it again. Prime Minister Narendra Modi has done the country proud, again, by winning the first ever Philip Kotler Presidential Award bestowed by the World Marketing Summit India.

Not only this, the Summit drove down (or probably flew) to give him this award.

Time Management One O One.

What else do you expect with the election campaign in full swing?

Union ministers and fanboys alike are falling over themselves congratulating the PM. Congratulatory tweets are coming faster at us now than election jumlas. The whole right wing is so pleased, fights have literally broken out across the IT cells over whose congratulatory tweet gets retweeted by the man himself.

And he does deserve the accolade, doesn't he.

To get an award, named after the father of modern marketing, is no mean achievement.

So what if it was sponsored by state-run GAIL, yoga guru-turned-anti-corruption-crusader-turned-Modi-fanboy Baba Ramdev's Patanjali and Republic TV (co-owned by BJP MP Rajeev Chandrashekhar) as well as apparently some Aligarh firm (this pearl, according to Rahul Gandhi).

The only dampener to this joy was the lukewarm reaction, bordering on cynicism, from some anti-nationals (precisely why we still need the sedition law).

The PM has shown time and again his superb management prowess and unbelievable PR skills. Influencing consumer behaviour is definitely a skill our PM is endowed with, along with a 56-inch-chest. 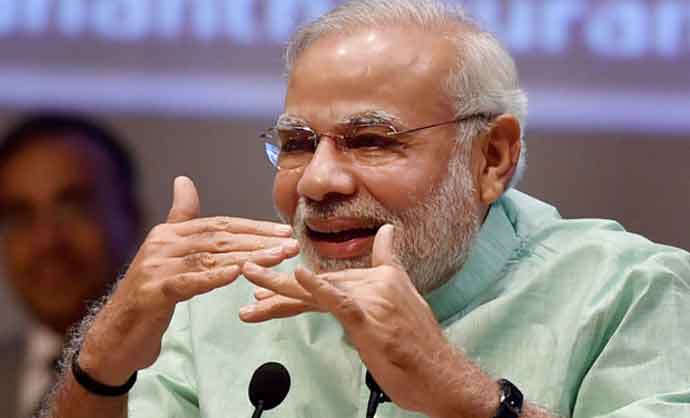 The PM's management skills are so great, he has even managed to increase the political capital of someone formerly known as 'Pappu'. (Photo: PTI)

Why else would he still command such great support after astronomical disasters like demonetisation?

Wasn't demonetisation a management failure? The jury is still out on that, but it definitely was a great PR campaign. (Ask anyone who stood in those queues).

From uprooting black money, to bringing people into the tax net to God knows what next. But who cares - if you are able to jump from one issue to another faster than a flying squirrel, what matters is the next jumla, and not deliverance of the previous one.

The PM's management skills are so great, he has even managed to increase the political capital of a gentleman formerly known as 'Pappu'.

What four generations of blue blood couldn't do, our PM achieved for him in four years.

Just shows our PM with his PR skills can make a hero out of just about anyone.

If that was not difficult enough, he can even poach political icons (at least that's what the haters say). But it is an undeniable skill.

Also read: No, she's not an 'accidental MP': Why we liked Kirron Kher's Lok Sabha act