No, she's not an 'accidental MP': Why we liked Kirron Kher's Lok Sabha act

The MP represented every one of us who doesn't care what others are saying during a group discussion.

Chandigarh MP Kirron Kher is the friend you never had during a boring Physics class. No matter how sleepy you felt during those lectures, you had to strain your eyes to pretend that you were still awake because the girl next to you was scribbling so hard on her notebook, the boy to the other side, preparing for JEE.

What could you do — apart from pretending that you were grasping every word of the lecture?

At that point of time, you would need a Kirron Kher, communicating some after-class fun plans through gestures from the other side of the room.

But you didn’t have that 'Kirron' of good hope.

At least someone in the Lok Sabha had! And thanks to the cameras, to the seating arrangements and all, we saw a glimpse of that fun Kirron. 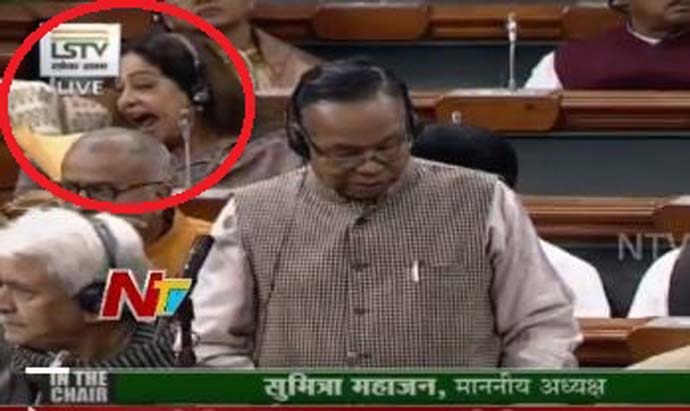 Oh please don’t call her an ‘accidental MP’, after her husband, actor Anupam Kher’s upcoming movie The Accidental PM, where he is essaying the role of a mysterious Manmohan Singh. That’s the lowest level of creativity we have seen in recent days.

Kirron did her part in the House, asked a question, and only then started her antics.

Her question was to Union minister Kiren Rijiju:

What steps are being taken by the government to augment the strength and capacity of state police forces so as to lessen their excessive dependence on the central forces?

Kiren Rijiju agreed with her on the point of excessive deployment of central forces in some states and said that these deployments are need-based — as requested by state governments. He also mentioned the ongoing effort to recruit more women in the forces.

Next was the BJP MP from Ranchi, Ram Tahal Choudhary, who started talking about housing issues under DDA. (No offence, but yawn).

Please raise your hand if you have zoned out in a group discussion panel after you finish your speech, without caring too much for what others have to say.

We see too many hands!

So, Kirron Kher is exactly your spirit animal — but in a Bollywood way (overacting, of course).

'The Accidental MP' Kirron Kher doing what she does best in Lok Sabha 😂😂😂 pic.twitter.com/vckUCGFkf8

As we can see, she takes out something like a sari from somewhere and shows it to someone sitting in her opposite direction.

In all probability, the person concerned did not understand what the MP wanted to communicate, at least that’s what we got from the gestures of Kirron Kher — as she gestured at him/her to wait. She would tell them all about it later. 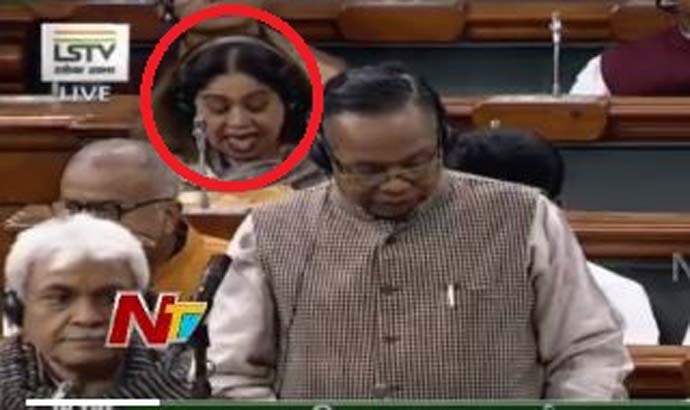 Then, she got busy in something incomprehensible.

Was the sari delicious? Because she did something with her tongue, which we used to do seeing our tiffin boxes in the middle of a boring class.

Also, we are not sure whether she too had a careful friend sitting in front of her bench (as Ram Tahal was blocking our view), but she got busy talking with other MPs and that's it.

For more of this, we will have to watch India's Got Talent where Kirron appears as a judge, but then, there's nothing quite like a stolen moment in a Parliament party.