Why rob a bank when you can just get a loan and never repay?

Start a jewellery brand and have offices in eight or nine different countries instead.

There are just certain things one doesn’t do anymore. Robbing banks is one of them. In the age of technology, digital transactions, Paytm, WhatsApp UPI and high-level banking frauds, who has the time and energy to orchestrate a bank robbery? Well, apparently a group of hardy boys in Rajasthan do.

According to an Indian Express report, on February 6, Haryana resident Ravinder and two of his colleagues — robbery is a profession, after all — were apprehended by a joint taskforce formed by Rajasthan and Punjab police. Ravinder was involved in a failed robbery attempt (along with 13 others). But Ravinder was ambitious. This was no loose change robbery. It was worth Rs 860 crore.

The group attempted the robbery at Axis Bank's C-Scheme branch in Jaipur, and the bid was foiled by the alert police constable, Sitaram, who fired at the robbers. To their credit, the police have also recovered Rs 1.05 crore in demonetised currency notes from the robbers, who allegedly planned to exchange the notes.

Now here’s where Ravinder and his colleagues went wrong. If they really wanted to make some easy money, all they had to do was apply for a loan, and obviously not at a private bank, a public sector one. 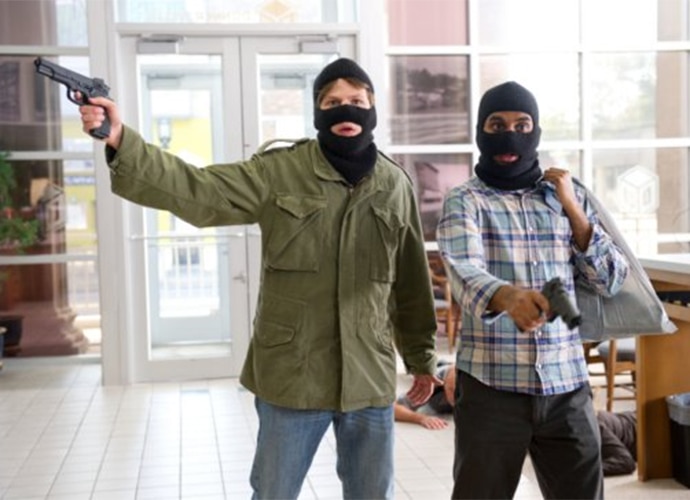 Now there are many ways to go about getting rich at the expense of a bank and none of them, with the obvious exception of armed robbery, would require guns. In fact, all of them would do only more to make you look better, get your photos in the papers (both national and international). And all of them will make the government look like a pack of demonetised notes.

The first process involves some capital investment, but it will be worth it. All you need is a jewellery brand — even better if you come from a family of jewellers who have powerful political contacts — and stores in eight or nine different countries. The next step is where the trick lies. What you really have to do is get a bank to give you a loan. But not just any kind of loan. Rather, a loan based on faulty letters of undertaking. For that you would need to get a little more friendly with the bank's junior staff. But is that really difficult?

Another nifty trick is to ooze the aura of a wealthy, Playboy, liquor-baron who has no money but pretends to be a billionaire. This may make you recall a certain phenomenon called “urban poor”, but rest assured, it most definitely isn’t. Once you build up this reputation, while squandering whatever little wealth you have, all you have to do is approach your friendly neighbourhood State Bank of India.

They will gladly give you Rs 9,000 crore and you can then swiftly fly off into outer space on a red Tesla with Elon Musk.

And finally, if all else fails, just open a small pen company — but make sure it becomes a household name in the country in a couple of decades — and get loans from all the public sector banks you can think of. At this point, one has to realise, public sector banks are a little like the good-natured mom: they trust everyone. Once you get the loans, just stop paying. It will take years for anyone to figure out you are committing banking fraud.

Think about it, why would anyone try and rob a bank when you can just get a loan and never repay?

Also read: Why Modi weeping in Parliament should make us all cry