UN survey says Pakistanis are apparently happier than Indians. We know why!

The eye of the storm remains the calmest.

Before we start, this is not a report of a private university/think tank/lifestyle-and-wellness centre that we can just shred into pieces.

The United Nations, whose Security Council wants to proscribe Pakistan-based terrorist Masood Azhar, has found that Pakistanis are actually a lot happier than Indians.

Wait a second before you rush to tweet your utter disbelief and outrage.

Pakistanis are actually happier than Indians.

What’s new this year is that while Pakistan has progressed in this global happiness ranking further, India has not.

But Pakistan is even happier than the poster boy of happiness in South Asia, Bhutan, which has gross national happiness instead of gross domestic product. 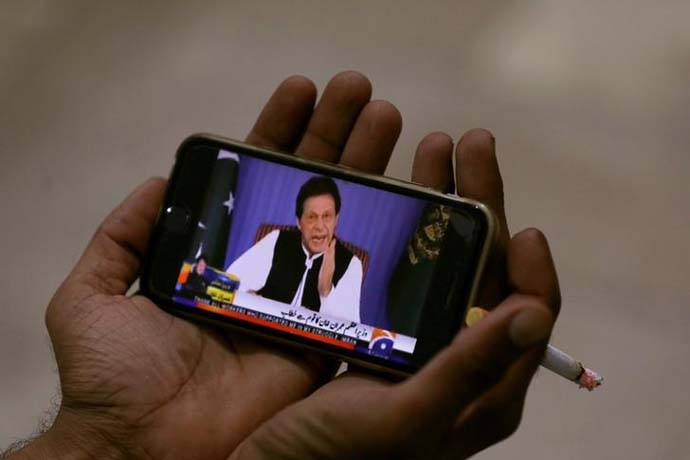 Are some Pakistanis happy because of imports from Afghanistan? Or because of the naya chief of naya Pakistan? (Photo: Reuters)

How can that even be possible?

How is this even real?

(We can’t even say that many Pakistanis are possibly high on Afghanistan's drugs as Afghanistan is quite a loser in this happiness chart!)

Now, seriously — do we have to believe that Pakistan fares better than India in all these spheres? In GDP? In perceptions of corruption? Also, what is the 'freedom to make life choices' in Pakistan? Were the Pakistanis who answered the UN's questions free to answer on their own? We really wonder!

The gap between India and Pakistan is so huge that we can't blame one miscalculation. There must be plenty. Like, the sample size can’t be the same for a country with a 204-million population and one with a 1.37-billion population.

Cash-strapped, knee-deep in debt, globally suspected, a terror tinderbox — yet, the happiest?

Is this happiness because the eye of the storm remains the calmest?

Post your comment
#GDP, #India, #World happiness index, #Pakistan
The views and opinions expressed in this article are those of the authors and do not necessarily reflect the official policy or position of DailyO.in or the India Today Group. The writers are solely responsible for any claims arising out of the contents of this article.