We will be disheartened if we don't get to hear 'How's the josh' at least once!

In 2014, mostly those who are Bollywood’s gift to Indian politics, like Kirron Kher and Hema Malini, were seen at Narendra Modi’s swearing-in. But five years, several selfies, many weddings and one interview later — this May 30 is high on our wish list! Here's what we demand to see at the PM's big ceremony!

1.). Akshay Kumar must be there One needs a voter identity card to cast votes. Last checked, it is not mandatory to get an invitation to the PM’s swearing-in. In fact, dignitaries from other countries get an altogether different row to sit in. Akshay's free-wheeling chat with Narendra Modi was the icing on the cake of his career carved out of nationalistic roles. So, we would be highly disappointed if we don’t spot Khiladi Kumar grinning in the ceremony. 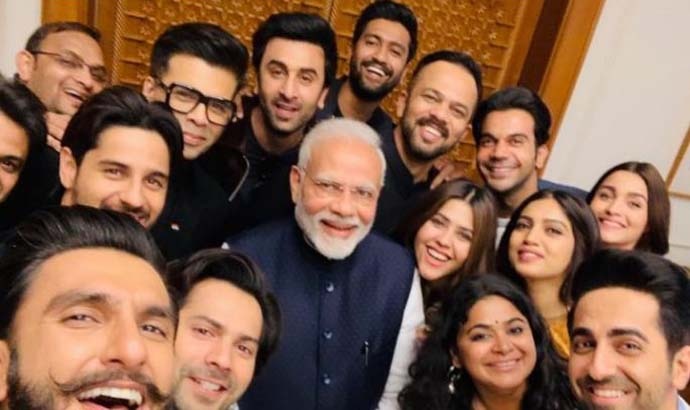 The Centre and Bollywood started sharing an unforeseen camaraderie in the last five years. This warmth braved many criticisms. We hope the young Bollywood crowd, with Karan Johar at the helm, should reach the venue — on time. They also, it seems, don’t need to be invited separately. One invitation to Karan Johar will take care of the rest.

He, we believe, will come with the shiniest of Bollywood.

The five years of the Narendra Modi government on one scale and How's-the-josh on the other! Before the party came up with ‘Main Bhi Chowkidar’, it made good use of ‘How’s the josh’. So yes, we want to see the film crew. But that won’t make us content — we want the dialogue to be echoed a few times!

There will be interpreters for the foreign dignitaries, we are sure. In 2014, Salman Khan was there. As we are not sure about the other two Khans, given their growing alienation from the limelight, we want Salman Khan to be there. It may become another promotional opportunity for his upcoming Bharat as well.

We didn’t intend to put them in the same bracket. But all of them are marked by their sudden conflagration of warped nationalism. Kangana is just the milder version, who respectfully confines herself to only praising Modi. Koena Mitra and Payal Rohatgi have their different versions of history. It’s unlikely that they will be invited though because no matter how many photos Payal Rohatgi uploads with her tweets, no one actually remembers her.

Vivek Oberoi and Anupam Kher will be there.

They don’t need to be invited.