However, Priyanka could really have done without the fireworks. Here's why. 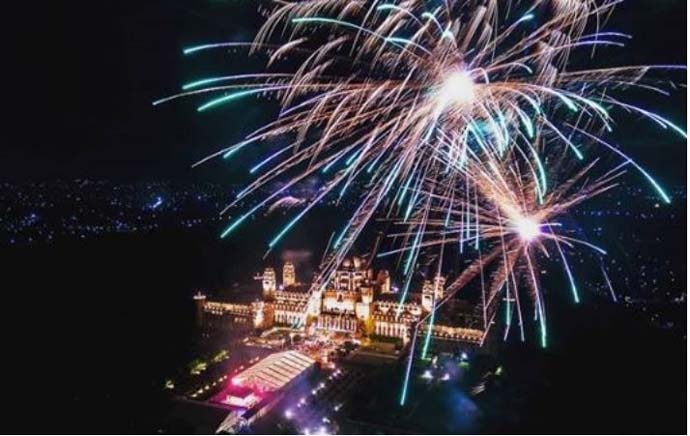 Weddings look like this — Bollywood taught us so and Priyanka learnt it too. (Photo: ANI)

Well, even if she does, in some remote future, a piece of Bollywood will always remain inside her. And we got a sneak-peek of that.

From her sangeet to those ecstatic bursts of glittery firecrackers — that let the entire city of Jodhpur know that she was getting married to Nick Jonas — her wedding proves that neither she can undo what Bollywood has done to her, nor we can stop trolling her.

There is so much fun in both.

Despite having come across as an anti-pollution activist, she allowed that filmi frolicking to slip in. And that’s not all. Crackers were burst at her hometown Bareilly too on the same occasion, though we don’t know when she last even went there.

However, the Jodhpur cracker-show was not an ordinary one, and it can’t be at all compared to any Diwali hullaballoo that she once warned us against!

As designer duo Abu Jani and Sandeep Khosla described from the official Instagram handle of their brand:

It was as if the sky and earth danced as one to celebrate this union.

Such divine things happen — once in a while, but Twitter being Twitter has no reverence for such “divine” things.

It dug up the old video of Priyanka Chopra urging everyone to let Diwali be a festival of sweets, and not crackers. It trolled Priyanka over her alleged extreme hypocrisy as in that commercial, she claimed she had breathing troubles. The fact that Nick Jonas has a history of suffering from diabetes while his wife excitedly advises people to gorge on laddoos, was not overlooked either.

While those laddoos can be sugar-free, those phatakas can be ‘green’.

We don’t know. What we know is that the firecracker show could have been avoided, because:

There were enough crackers in the show 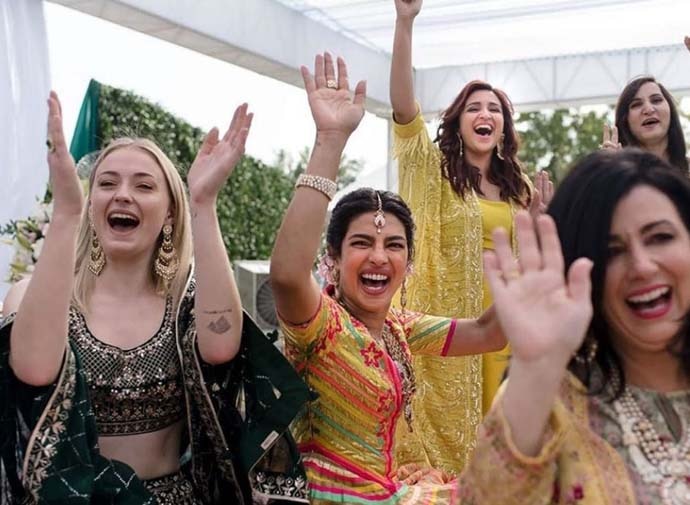 Sansa Stark from GoT was there in Indian lehenga: Why need more fireworks? (Photo: Instagram)

As we go through the photos and videos of the wedding functions, we can understand how much effort the event management team (Motwane entertainment and weddings) must have put in. It doesn’t look short of any Bhanshali movie in its grandeur.

Starting from the shot where Priyanka is waltzing in an Abu Jani-Sandeep Khosla organdy ensemble to the one with Sophie Turner and Parineeti Chopra, and then, the cricket match and dance competition between the two families — the wedding, in its projection, had too many crackers, anyway overshadowing the polluting fire crackers.

The guests were mostly non-Indians 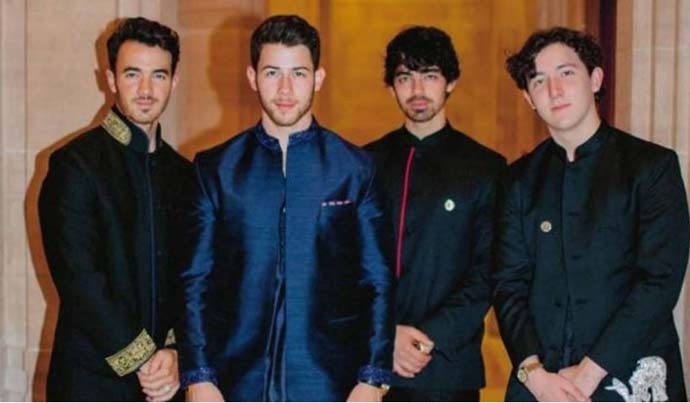 We are sure they wouldn't have complained about the absence of fireworks. (Photo: Instagram)

It was mostly a family event, as shown in Bollywood films. And since half the members who attended the event flew in from the US, we are sure that the firecracker show was not a prestige issue for the Chopra family. Almost all other Bollywood tidbits were performed to the T. Even Priyanka was lifted during some of the rituals.

No Bollywood crowd to impress

Peer pressure can’t be blamed either. Apart from Parineeti Chopra, and Salman Khan’s sister Arpita, we did not see any industry people in the gathering. So, we don’t actually know what the compulsion was. True that all Bollywood stars were attending Ranveer-Deepika’s Mumbai bash, but then, you can’t just choke Jodhpur's people in vengeance!

Also, a cracker-show in competition with a Bollywood gathering in Mumbai? The jury is still out on which one will be remembered by posterity!

Who needs firecrackers when you have memes

That one aunty that’s against interracial marriage screaming “nooooooo don’t do it Priyanka” pic.twitter.com/OFrHszS9gr Not many weddings get the privilege of yielding memes for the future.

The Nick-Priyanka wedding had this. How Sansa Stark (Sophie Turner in The Game of Thrones) would compare an Indian wedding to that of the Red Wedding; the shocked expression on the face of a family member — we have had enough of memes and fire in the wedding.

Post your comment
#Priyanka Chopra, #Nick jonas, #Bollywood, #Wedding
The views and opinions expressed in this article are those of the authors and do not necessarily reflect the official policy or position of DailyO.in or the India Today Group. The writers are solely responsible for any claims arising out of the contents of this article.