Guilt Trips: It's not just PM Modi. We Indians are so critical of taking holidays!

We believe in austerity. If you are suffering, you must be a good being. There is no question of taking a break to chill. Even if you're on vacation.

Rahul Gandhi thinks Narendra Modi is obsessed with his family. The Congress president’s assumption about the Prime Minister may or may not be true. But what we are sure of is that every Indian is obsessed with that particular neighbour/colleague/long-lost school friend who is vacationing thrice a year.

We will furrow our brows, zoom in those photos to check if they contain any clue of where the money came from!

And in most cases, ‘Papaji’ remains the answer.

Basically, when someone takes leave from his/her work, we think three things.

From here, the guilt trip begins, and ends at these pathetic numbers:

India is the most holiday-starved country as 75% of Indians feel vacation-deprived. South Korea, Hong Kong, Malaysia and the UAE are close on our heels here. 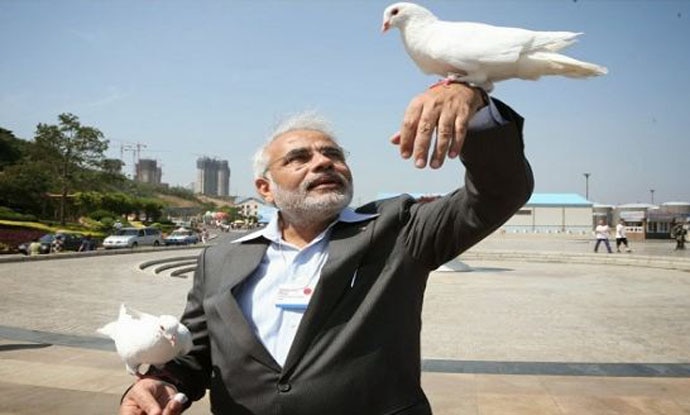 This is a representative photo of our work-life balance. (Photo: Rediff)

About 63% Indians can manage without a vacation for over three months. (Of course, we all know them).

It’s easy to put the onus on bosses, but the survey says otherwise. Nearly 78% of bosses are found supportive of vacations. But Indian workers get diverted by work itself while vacationing as 32% of supervisors, 34% co-workers and 33% of junior staff keep bothering them while they are on holiday.

Another intriguing report from 2017 suggests that Indians would leave television, coffee, alcohol, dessert, cellphone and sex — in that order — to avail of extra holidays.

But no report seems to have unraveled why we Indians think it’s not okay to go on holidays.

Austerity is the self-appointed measure of goodness (no-one knows why we really need that).

If you are taking the stairs instead of a lift, it apparently shows on your character (apart from your health). Will everything change in office while I am away? (Photo: Twitter)

If Sharmaji’s son is staying up late to finish his project, then you too should follow his footsteps — it doesn’t matter if you are better at time management and can actually finish your work before the owls start coming out from their safe havens. You have to slog and show the world how you are smothered under a pile of files. Then, and only then, will you be able to prove your mettle to the world.

Call it our colonial hangover or lack of our smartness, we like to slave — even when there is no master.

Even worse is when we are the masters.

For example, think of the occasions when our household help seeks leaves. We remember the exact dates, the last time they went on leave. We do this to ourselves as well. We are simply too hard on ourselves. But then, this happens.

So Rahul Gandhi has been granted leave of absence. But his stay of presence didn't do much either? What will he reflect on? Glass? Mirror?

I'm glad Rahul Gandhi's finally gone on holiday. I'm sure his brain got tired of holidaying alone this whole time.

Rahul Gandhi comes to office only to submit his leave application

We don't blame anyone.

We are just too hard. Bahut Hard.

Post your comment
#Rajiv Gandhi, #Vacation, #Rahul Gandhi, #Narendra Modi
The views and opinions expressed in this article are those of the authors and do not necessarily reflect the official policy or position of DailyO.in or the India Today Group. The writers are solely responsible for any claims arising out of the contents of this article.