Ramzan and Rooh Afza: How the cool sherbet drink could break the ice between India and Pakistan!

A humdard from Pakistan wants to send truck-loads of Rooh Afza to combat a rumoured shortage in India. If this doesn't touch your rooh, we don't know what will!

What is Ramadan without Rooh Afza? That pinkish-red liquid with that devilishly decadent sweetness and strong overtones of rose flavour — the stuff that brings waves of nostalgia to every 90s kid!

For many of us, Rooh Afza was somewhere between Rasna — the original orange drink — and Frooti — the drink that formally announced that summer was here. But Rooh Afza was versatile — mix it with water or add it to milkshakes, or simply douse scoops of vanilla ice cream in that syrup, and you have a perfect 4 PM snack buddy for movie marathons through those leisurely summer vacays.

It was also a very discerning marker of class, caste and religion in every middle-class household.

I developed a taste for it after I had it for the first time at a friend’s birthday party, not realising how the red of the Rooh Afza apparently differentiated an Indian Muslim household from an Indian Hindu household. But then, taste trumps all — look at how integral biryani is to our lives now! 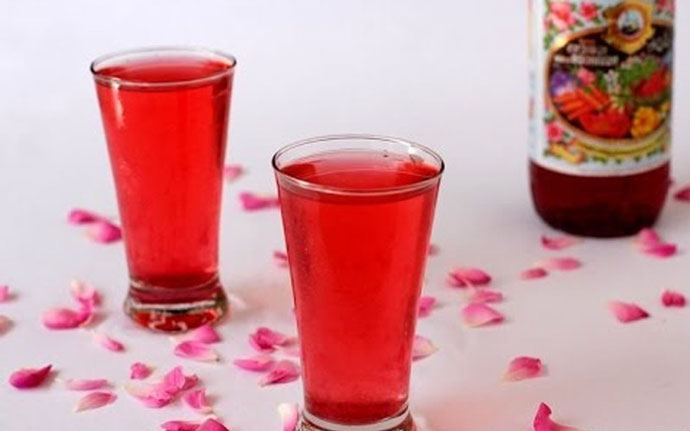 But come the month of Ramadan, 2019, and a crisis is upon us — there’s a massive shortage of Rooh Afza! And tweeple are losing their minds over it!

In Ramzan, #RoohAfza is to Muslims what Spinach is to Popeye.Now you know, how we are going to spend our rozas without the energy drink. https://t.co/bFopwqhhAw

#ramzan without #roohafza at iftaar is unimaginable. My 8 years old has been looking around for it for the past 3 days in all shops. Seems there is shortage of supply #hamdard ????@roohafzaindia

The outrage began over an article that first pointed out the shortage. Soon good Samaritans went on a Rooh Afza hunt — yes, Indian Hindus included, even though the article posed this as a crisis for Indian Muslims only — divisive much?

But Rooh Afza was nowhere to be found.

May its rooh rest in peace...

However, things took a turn towards the bright red when the MD and CEO of Hamdard, Pakistan, Usama Qureshi, offered to send trucks through the Wagah border, if permitted by the Indian government.

Brother @DilliDurAst, we can supply #RoohAfza and #RoohAfzaGO to India during this Ramzan. We can easily send trucks through Wahga border if permitted by Indian Government.

Trade between India and Pakistan through the Wagah border was disrupted after the Pulwama attack. And we’re not sure if the Indian government wants to restart it anytime soon — even for the sake of Rooh Afza. Rooh Afza India immediately responded to Usama Qureshi’s tweet, reassuring him — and thousands like us — that production of Rooh Afza in India is in full swing, ‘and the situation is only getting better every day.’

Production for your favourite #RoohAfza is on in full swing at the factories. As you can see, RoohAfza is now available everywhere, across the country... and the situation is only getting better everyday !

In all this, three significant things have come to light:

For one, Indians love Rooh Afza — Hindus or Muslims. So let's not polarise this sweet little thing. What's next? Biryani!

Third, writing articles about food and beverages make you crave them. So, I am off on a Rooh Afza hunt! Who's with me?

Also read: Shahid Afridi Shows Off His Misogyny: Why the famous cricketer is a disaster for Pakistan's women