Shahid Afridi Shows Off His Misogyny: Why the famous cricketer is a disaster for Pakistan's women

In the 21st century, Afridi, who thinks he has a divine right to decide for his daughters, won’t give them ‘permission’ to compete in sporting activities. The same activities which made him a fulfilled human being.

Shahid Afridi’s memoir Game Changer is yet another testimony that if you choose to live under a rock, no power on earth can drag you out and make you see reason.

The Pakistani cricketer — who has also had the privilege and honour of captaining his country’s team — is every bit a retrograde man who poses a serious threat, not just to women and their freedom but their very acceptance as human beings. 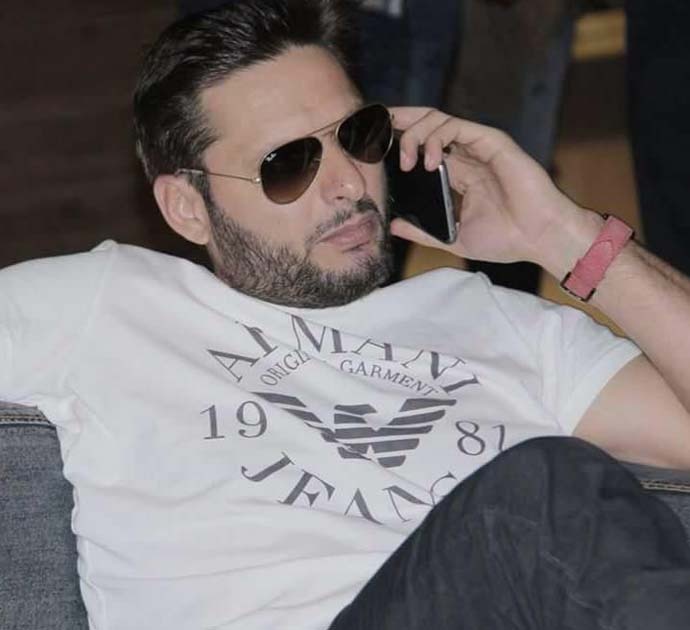 No. You're not cool, Afridi: Shahid Afridi is a threat to women's freedom. (Source: Facebook)

In his memoir, Afridi writes about his daughters, “Aqsa is in the 10th grade, Ansha is in the ninth. They're both great at sports and even better in academics... Ajwa and Asmara are the youngest and love to play dress-up. They have my permission to play any sport, as long as they're indoors. Cricket? No, not for my girls. They have permission to play all the indoor games they want, but my daughters are not going to be competing in public sporting activities.”

Afridi brings up society and religion as excuses to justify the misogynist in him. “It’s for social and religious reasons that I've made this decision and their mother agrees with me. The feminists can say what they want; as a conservative Pakistani father, I’ve made my decision,” he writes.

Whether as a conservative or as a liberal, one should only get to decide for oneself — not for others. Afridi’s writing is proof that he considers women as chattel whom he, being a man, would decide for. Read, control.

But the larger problem is not what Afridi wrote. Countless men across the globe think they are endowed with a divine right to decide for women, to speak for them — or just mute them at will.

The larger problem seems to be that no one, including Shahid Afridi's wife, his publishers or the book’s editors apparently tried to make him see any reason.

No, Afridi is not unusual. Yes, many, many men, and many women too, think in a similar way. But they don’t speak out like this. Not at least when they are a public face or considered a youth icon.

For people like Afridi to speak out in this fashion normalises misogyny — making it as casual as drinking, eating or sleeping. So many books. What's the point? Afridi has failed to open the windows of his mind, despite all his successes. (Source: Facebook)

That Afridi is not just speaking but also documenting this is proof that no one countered him. No one made him see reason. And that paints a scary picture for women in Pakistan.

Afridi has been a great cricketer. Much like India, cricketers are literally worshipped in Pakistan. Afridi’s take on how to treat daughters thus runs the risk of finding many takers, which translates into many men deciding for women in their lives how their dreams should be stifled, their aspirations murdered, their individuality trampled upon.

Afridi through his writing is telling us how religion with patriarchy hurts women, stripping them off all rights, making them servile to men.

It is heart-wrenching to imagine what Afridi’s daughters must be going through when they are asked by their father — a man many Pakistanis and cricket fans the world over love — to not step out, to stay confined, to not follow their heart, to give up and give in to the diktats of a man — their ‘protector’ — their father.

Here’s a cricketer who’s travelled the world, been exposed to the most progressive cultures and educated professional women globally, and yet won’t allow his own daughters to play sports in public because of “social and religious” reasons. This is how religion hurts women! pic.twitter.com/lF5panOsC7

Afridi is part of Pakistan’s elite society. It is elite society that sets the trends that trickle down to the masses. Afridi is thus a national disaster for Pakistani women. He is medieval in his thoughts and worse, with his daughters, he is taking the full liberty of translating these thoughts into action.

Denying women their basic rights, including their career choices, is a violation of a human’s fundamental rights. This is something the world should take note of.

Many patriarchs are scared that if 'their women' step out, they would be objectified and ogled at, Afridi may not know (or he may feign ignorance) but many women ogled at him when he hit sixes so hard, the ball crossed the stadium, or when he took the run ups to bowl with his silky hair flying in the air.

None of this came in the way of his performance as a cricketer.

Why can't he trust in the same for his daughters?

#Pakistan Cricket, #Pakistan captain, #Game changer, #Shahid Afridi
The views and opinions expressed in this article are those of the authors and do not necessarily reflect the official policy or position of DailyO.in or the India Today Group. The writers are solely responsible for any claims arising out of the contents of this article.