The Pakistani cricketer said Pak should forget about Kashmir. Instead, he was made to forget his own words pretty soon.

True to his reputation as mostly an inconsistent, and only sometimes an exciting cricketer, the former Pakistan cricket captain, Shahid Afridi, has balled what can only be termed as a loose no-ball by trying to wax eloquent on the issue of Jammu and Kashmir.

Speaking to students at the British Parliament, Afridi, who isn’t exactly known for possessing grey cells, and whose knowledge and understanding of complex political issues is at best pedestrian, waded into the purported ‘mother of all issues’ between India and Pakistan — J&K — and made a complete hash of things. He’s known for his cricketing skills, but not quite for his grey cells. (Photo: Reuters/file)

According to initial reports, Afridi told his audience that, “I say Pakistan doesn’t want Kashmir. Don’t give it to India either. Let Kashmir be independent. At least humanity will be alive. Let people not die... Pakistan doesn’t want Kashmir... It can’t even manage its four provinces...What is the big thing is insaaniyat (humanity). People who are dying there, it is painful. Any death, be it from any community, is painful.”

Not surprisingly, the remarks caused a huge furore.

In India, they were seen as a validation of the Indian stand — across the Radcliffe Line, people were aghast over what Afridi said.

As is usual in such circumstances, Afridi then clarified that he was apparently quoted out of context. In a tweet, he parroted the usual Pakistani line — “Kashmir is unresolved dispute and under brutal Indian occupation. It must be resolved as per UN resolution. Myself along with every Pakistani support Kashmiri freedom struggle. Kashmir belongs to Pakistan.” He added that he “valued the struggle of the Kashmiris” and demanded that “they should get their rights”.

My clip is incomplete & out of context as what I said before that is missing.Kashmir is unresolved dispute & under brutal Indian occupation. It must be resolved as per UN resolution. Myself along with every Pakistani support Kashmiri freedom struggle. Kashmir belongs to Pakistan.

My comments are being misconstrued by Indian media! I'm passionate about my country and greatly value the struggles of Kashmiris. Humanity must prevail and they should get their rights.

If truth be told, the entire episode was nothing more than a storm in a tea cup.

Ideally, the media, and more importantly the people, of the two countries should have done a well left to anything Afridi or anyone as non-serious as him says. The simple fact is that what Afridi said is nothing more than the opinion of a celebrity who controls nothing, influences nobody, doesn’t call the shots and can change nothing on the ground. It is a bit like a Vinod Kambli or a Raj Babbar or even an Azharuddin speaking on issues of national policy and national security — who in their right mind would take them seriously? 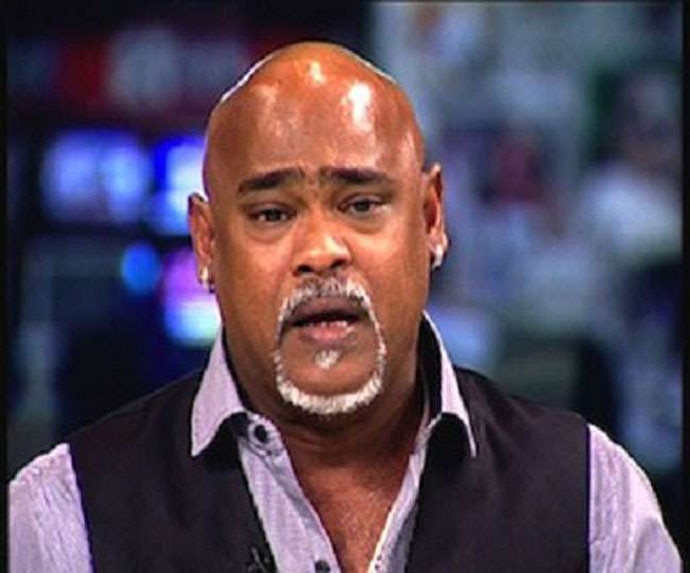 Of course, if they say something absurd or ridiculous, there will be the usual venting of spleen. But in substantive terms, anything they say means nothing to nobody.

Even so, if Afridi’s remarks had to be deconstructed, they can be broken down into broadly three parts.

The first part, which sounded as music to Indian ears, was a statement of fact — the bit about Pakistan not being able to manage its four provinces. The image of Pakistan as a ‘failing state’ — or, if you will, a nuclear armed, highly Islamised basket case with a perpetual crisis of governance — only affirms what Afridi said.

Many sensible Pakistanis often muse about their wanting to grab Kashmir even though they are unable to manage the provinces that comprise Pakistan. During Atal Bihari Vajpayee’s Lahore visit in 1999, in a conversation with this writer, a senior Pakistani diplomat wondered if his country’s establishment had ever gamed how it would manage the enormous challenges involved — financial, political, security, diplomatic — if Kashmir indeed became part of Pakistan.

The second part of Afridi’s remarks basically alludes to what is often referred to as the ‘third option’ — neither India nor Pakistan, but independence for Kashmir. Again, there is nothing novel in this. Many Pakistanis have often advocated the ‘third option’ as a possible solution to the Indo-Pak log-jam on Kashmir.

At one level, the ‘third option’ is Pakistan’s fallback option.

The way the Pakistanis see it, if they can’t have Kashmir, then neither should India. In other words, they could reconcile to living without Kashmir, but cannot countenance Kashmir remaining part of India. There is also a somewhat sinister design behind the acceptance of the ‘third option’. The Pakistanis calculate that if Kashmir was to become independent, it would naturally gravitate to Pakistan and give Pakistan not just enormous leverage, but also a good chance of ultimately occupying the state in the fullness of time.

Another component of the second part of what Afridi said — insaniyat, people are dying, etc. — is again a standard Pakistani formulation when all their other arguments find no buyers. The insaniyat bogey is used as a cover for their irredentism — if Afridi was so into human rights, then perhaps more than raising his voice on Kashmir, he would protest against the scorched earth operations of the Pakistani army in the Tribal Areas or the brutal suppression of the Baloch freedom fighters by the Pakistani state. 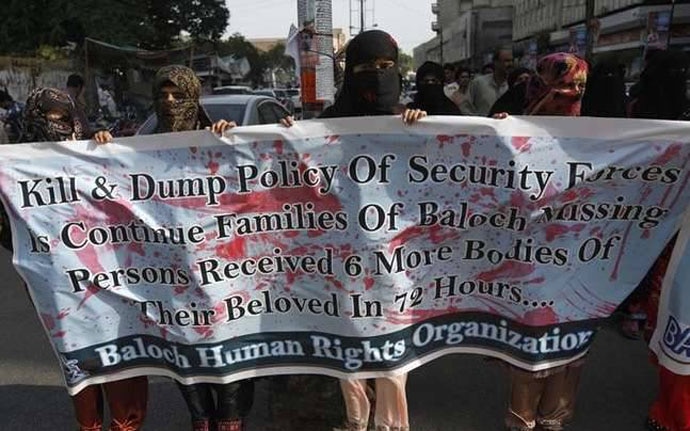 The Baloch are suffering deeply. How come Afridi doesn’t care about insaniyat for them? (Photo: Reuters/file)

But like most of his compatriots, Afridi uses ‘human rights’ to push a political argument and not out of the milk of human kindness.

Indeed, the Pakistanis have a pretty overused template of shifting arguments to justify their irredentist claims on Kashmir. Sometimes, it is about water flowing from Kashmir, at other times, it is based on the argument that traditionally, all of Kashmir’s connectivity links were to the west with what is now Pakistan rather than to the south with what is now India. Still other times, the claim is based on historical, cultural and religious links. Added to this is the argument that the logic of Partition demanded Kashmir being part of Pakistan.

It is when all these arguments fall flat and find no takers that the human rights argument is trotted out.

Therefore, no one should fall for Afridi and his ilk’s resort to the insaniyat argument.

The third and final part of what Afridi said was contained in the clarification he issued after all hell broke loose. The bits about ‘UN resolutions’, ‘Kashmir is part of Pakistan’, ‘unresolved dispute’, ‘India's brutal occupation’, ‘freedom struggle’, etc., are just so ISI and Pakistan-establishment that everyone who shoots his mouth off starts parroting after a rap on his knuckles and a kick in unmentionable places. These bits reflect the policy of the state, the ‘deep state’ and the larger society of Pakistan — not what Afridi said in London. So, while people in India can take their 15 minutes of vicarious pleasure in what an addled Afridi said, they certainly shouldn’t imagine that this is what most Pakistanis feel, much less that this is reflective of any change in Pakistan’s policy, either towards India or on Kashmir.

Also read: Pakistan has got a national pastime. It's blaming Imran Khan

#Pakistan, #India, #Kashmir, #Shahid Afridi
The views and opinions expressed in this article are those of the authors and do not necessarily reflect the official policy or position of DailyO.in or the India Today Group. The writers are solely responsible for any claims arising out of the contents of this article.