Salman Khan won’t talk to Arjun Kapoor and Malaika Arora. And guess who is to be blamed for that!

No, we’re not talking about Karan Johar. Although this will ‘drive’ you crazy!

Shhh.... the walls are listening. And the hills have eyes. But they have no tongues to blab their observations out to the world.

For that, trust humans.

Turns out the one person who ‘leaked’ intimate details about Malaika Arora’s alleged relationship with Arjun Kapoor was, allegedly, her trusted, long-term driver, Mukesh.

Well, our guess was her neighbourhood aunty, but this one seems legit too.

As per a Spotboye report, Mukesh was reportedly ‘supplying’ invaluable information about the purportedly brewing romance to the Khans — Salman, Arbaaz and the likes. What’s more, apparently Malaika ki shaadi is dinner table conversation at the Khan household, thanks to Mukesh.

No, it’s not that Mukesh was an undercover agent, some sort of spy of the Khans, appointed to cull out secrets that could put national security to jeopardy. He was basically just talking to his brother, Babloo — who happens to be Arbaaz’s driver. 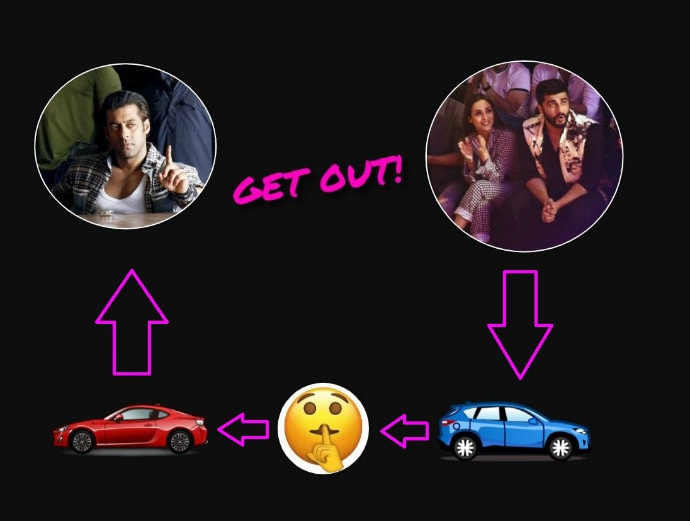 So, Mukesh and Babloo discussed Malaika and Arjun. And Babloo delivered the info to his employer. We already know who is winning the ‘Employee of the Year’ award in 2019.

Obviously, Bhaijaan wasn’t thrilled about Malaika’s escapades though and cut off all ties with her post her divorce with brother Arbaaz. He even, allegedly, threw Arjun out of his house, and some part of his wrath reportedly fell on Boney Kapoor, too.

Full Ekta Kapoor-style — with thunder, zig-zag lightning, and the works.

But while Babloo may win ‘Employee of the Year,’ Mukesh will be updating his CV and looking for another job, given that he was fired unceremoniously by Malaika.

Our only concern is, did the Khans really have to do this to poor Mukesh? They could have just picked up the phone and spoken to Karan Johar, right? He seems to have all the information about Malaika and Arjun ki impending supposed shaadi anyway. And thanks to him and his show, Koffee With Karan, the whole world does!

Also read: Why don’t we have Sanjay Kapoor’s confidence!