There are enough red flags about processed foods to convince anyone who values their health to go off them. According to the World Health Organisation, processed foods are to blame for the spike in chronic disease around the world. Multiple studies have found a correlation with a higher incidence of heart disease, diabetes, depression and even early death with a higher intake of processed foods. The reason is simple — they come packaged with a deadly cocktail of chemicals and way too much sugar and salt — all of which wreak havoc inside the body. They leave you short on fibre and antioxidants. Plus they are addictive as they are designed clearly to attack the reward centre of the brain (and not really to provide you nutrition) — and that is always a bad thing.

But all these are obvious perils — already well established and proven.

I have another theory about processed foods. I believe (from close observation over many years) that to lose weight successfully and keep it off you don’t need a diet, rather you need a strategy to guide your food choices. And giving up processed "diet" food is a big part of this strategy to knock off weight successfully. Trust me, I have seen people increase their calorie intake and yet lose weight just by going clean! 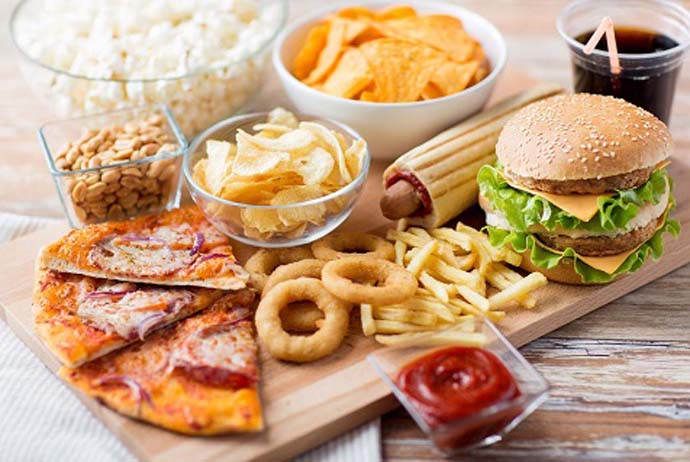 Processed foods are to blame for the sharp rise in obesity levels and chronic disease around the globe, according to the WHO. (Photo: Reuters)

Research (thankfully!) is moving in the same direction, finally. Scientists now are warning about another big pitfall (side effect) of eating processed foods — gaining weight.

According to reports, ultra-processed foods cause people to eat too many calories and gain weight. Recently researchers at the National Institutes of Health found that people eat an average of 500 calories extra a day when fed mostly processed foods compared to those who are on a minimally processed foods diet. It’s almost as if those extra calories come in magically.

500 extra calories a day means 3500 extra a week and that translates to almost half a kg of weight gain every week. And the reverse is obviously also true: cut off processed foods and you can eat 500 calories less a day, and knock off half a kg every week just like that.

This is what the research also showed: participants, on average, gained 0.9 kilograms or two pounds in a month, while they were on the ultra-processed diet and lost an equivalent amount on the unprocessed diet. Over time, these extra calories add up, and that extra weight can lead to serious health conditions.

There’s another finding here which is remarkable: Scientists found that people eat processed foods faster as these foods tend to be softer and easier to chew and swallow. And here it’s time to revisit the first rule of healthy eating: eat slowly, chew the food and savour it. 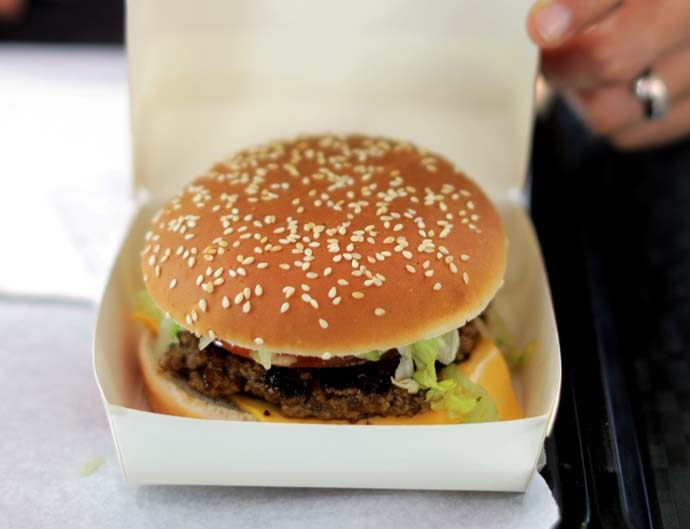 Processed foods can be eaten faster as these tend to be softer and easier to chew and swallow. The first step towards weight gain. (Photo: Reuters)

I explain in my book Don’t Diet! 50 habits of thin people on why this is important.

Because it takes about 20 minutes for your brain to respond to increased glucose levels (due to the food) and get the "I'm full" message. So if you eat at supersonic speed, you’ll end up eating much more than you should. And processed foods basically unwittingly make us flout this all-important rule blatantly and lead to weight gain.

So to time it right, I’d say follow the 20:20 rule. Try chewing each mouthful 20 times until it becomes almost liquid. Even if you can’t count, at least sit and chew each bite properly. Not only will you help ease the load on your digestive system (as digestion begins with the enzymes in saliva), you’ll also give your stomach time to signal the brain to stop eating.

That’s not all! Another study done in Spain has found that when people are fed minimally processed foods they produce more of the hormone that suppresses appetite and less of the hormone that causes hunger. The reason for this biological reaction is not clear yet, but this I believe is a very significant finding.

Translated into simple terms this means that when you eat more processed foods, your body chemistry works in a manner that makes you eat more, even if you are trying not to. The result, obviously, is loss of control, and yes, weight gain. If you can put a lid on the consumption of junk and processed then your hormones can be tipped in the favour of weight loss. That simple!

Now there are three more reasons for seriously and consciously cutting off processed foods from our diet. If not for the sake of our long term health, at least for the sake of immediate weight loss, which will anyways up your health quotient immensely.

Also read: Stop focusing just on calories: It is the quality of food that matters over quantity of calories

#World health organization, #Weight gain, #Processed foods, #Junk food
The views and opinions expressed in this article are those of the authors and do not necessarily reflect the official policy or position of DailyO.in or the India Today Group. The writers are solely responsible for any claims arising out of the contents of this article.