Don’t stop at #WorldEnvironmentDay. 10 simple rules to live by to save Earth

The #WorldEnvironmentDay18 is over. The hashtags #SayNoToPlastic and #SaveThePlanet are no longer trending on Twitter and Instagram, the straw is back in the raw organic juice, the polythene has been stuffed with plastic pouches of milk and life is back to business as usual, in your little world.

And in the larger world of the government as well. For the ministry of environment, forests and climate change, June 5 was a day of feverish activity hosting the #WED2018, doling out promises and pledging to #BeatPlasticPollution, #SavePlanet et al.

Environment minister Harsh Vardhan was everywhere — speaking, writing and tweeting about doing our #GreenGoodDeed and “taking green good actions that reflect our green good behaviour.” For “this indeed is our green social responsibility towards the earth”. 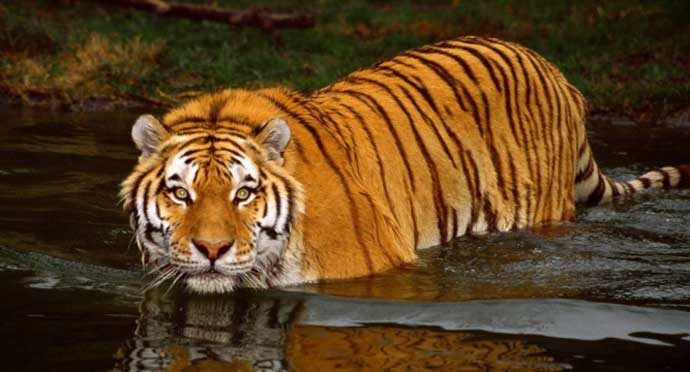 It's not enough to just say 'save the tiger'.

With the D-Day having passed by, I reckon all that “green” will be swept clean with a giant #SwachhBharat wipe, plunging India into a dry, dusty brown tomorrow. Cynical? You bet. If you looked beyond symbolic days, you would know that they are more about tokenism than any real concrete action, hard decisions and a vision that understands that healthy environment and ecosystems are the basis of human life and welfare.

India is an environment basket case.

If we are to only glance at the past year or two, the government has allowed pristine tiger reserves like Panna to be submerged under environmentally a questionable river-linking project besides the clearing and gouging out — for minerals — of old growth forests where rivers flow and elephants roam, the dredging of rivers to make super highways and waterways where ships carrying oil and coal will chug on already polluted rivers threatening endangered species like the Gangetic dolphinsand gharials.

In an article in the Hindustan Times, environment minister Vardhan promised that “India will take the lead for a clean planet”. Good, but that’s a long, tough haul. Currently, India tops the charts with the most polluted cities of the world, and ranks 177 out of 180, worse than our good neighbour Pakistan, in the Environmental Performance Index 2018.

We also lead the world in conflicts over environment — I strained my ears, but failed to hear even a murmur about the brutal killing of 13 people in Thoothukudi (Tamil Nadu) on May 24, who had been holding peaceful protests for 100 days against the expansion of the Sterlite copper smelting unit that that was pouring toxic substances into their air, water, soil — their life.

I did hear, though, Prime Minister Narendra Modi speaking about making India a manufacturing hub — the aim was “zero defect and zero effect”, where “zero effect” meant zero effect on the environment.

It’s not just about indifferent, environment unfriendly governments though, we equally share the blame. So here ten (or thereabouts) home truths, rules and such like to “Save the Planet”.

1. The thumb rule is the planet does not need to be saved. It’s wrecked, of course, pretty much ever since a four-legged monkey evolved to walk tall on two, and rushed the earth into the Anthroprocene era where Homo sapiens have the dominant influence on climate and the environment. In case, your head is buried in the ground, or you live in a glass bubble, here is breaking news: The planet is rushing into climate hell (think 47 degrees C, freak rains in the cold desert of Ladakh, no water in Shimla). We are in the age of Sixth Extinction — in simple terms, it means we are killing off all other life — birds, bees, animals, taking away their homes, to meet our wants and greed.

2. Even though we are efficient wrecking machines, the planet will survive, rise out of the ashes and carry on in some different way as it did after the five great extinctions. The thing is, we won’t be around to see the new Planet Earth. When we destroy nature, we destroy ourselves. The planet does not need us, we need the planet. The rivers will do very well without us, thank you, but can we survive — even for a day — without water? Or an hour without oxygen?

3. Since we now have that out of the way, can we drop that pious air when we do a #GreenGoodDeed to “save” the planet? Whatever we do, if at all, is to save ourselves, our children and theirs and so on. 4. Another thing. Nature is not someone else. An alien. Or a thing. Or a beautiful place to visit. We, humans, are part of nature, as much as a bee or a bat is, and certainly nowhere as useful. So, learn about and appreciate that it is the birds, the bees and the bats to whom we owe about half of our food crops.

And why each little creature — “creepy-crawlies” included — is a useful cog in the wheel, and needs to survive to keep the lifecycle going, and ecosystems functioning.

5. And you know what? That #GreenGoodDeed of turning off the tap-while-you-brush, riding a bicycle, or even planting that one tree on #Environment Day & Co. is not doing anything to save anything. Certainly not a planet. You wouldn’t apply a bandaid to a fatally bleeding wound and then step back and move on to watching Netflix, would you?

The wounded would bleed to death.

6. I am not rubbishing the notion of carrying your own bags, turning off taps, reducing plastic dependency, etc. You must. I try (and don’t always succeed). But don’t believe the mistaken notion it will effect change. It’s a cop-out. It will make you feel good, certainly; lull you into thinking you have done your bit.

You need to take it a step further; set real but harder targets — like cut your energy use by say 10 per cent, then inch on 15, and 20 or so forth.

Don’t worry only about your cloth bag, but talk to your society, get supermarkets around you to stop using poly bags, write to companies that you don’t buy their brand because each lipstick/shampoo/soap, or whatever is wrapped in plastic or contain plastic microbeads.

7. The vital need is to pull our blinkers off, get out of cozy comfort zones and into the real world. Empower ourselves with knowledge, understand why the Earth is ailing. Speak up in defence of say a wetland down the road which is morphing into a mall or a local wooded area giving way to a car park.

The need of the hour is to question and challenge current systems, of business and governance, that are killing the planet. You have to engage with this task.

8. Another hard truth: you can’t sub-contract this job to environmentalists or activists or NGOs, or whoever else. You first breathe dirty air, drink water laced with poison and then fight for your right to clean air and water. This task of protecting ecosystems, the planet's life support systems — its seas, forests, rivers, wetlands, et al — is ours.

9. Don’t follow your leaders blindly, hold them accountable. I know of one supreme leader placating a school-going child who voiced her concern on global warming with the response that “climate change nahi hua hai, hum badle hai (the climate hasn’t changed, we have)”. Don’t get me started on US president Donald Trump, who has called climate change a “con job” and a Chinese hoax.

Question your leaders, businesses, systems, our consumerist lifestyles. How sustainable are they, when natural resources are finite?

As environmentalist Nityanand Jayaraman wrote in The Wire, “Politics without accountability, and business for profit, is making life hell on this planet. If you are not fighting to change that, then you are part of the problem.”

Be the change. Question your governments over why they are easing pollution control norms even as your children struggle to breathe, or why forests — where tigers roam, and from where rivers flow — are being mined for coal.

When was the last time clean environment became an election issue? Make it one. I am reminded here of Thomas L Friedman, who rightly advised: “Don’t change the light bulbs, change your leaders.”

It is governments who make rules and laws, offer tax subsidies and incentives, and can effect large scale change.

10. Last heard, humans trust their own superior intelligence, take pride in their complex, big brains — then why are we pillaging “Mother” Nature, and destroying the planet which is our home?