Kargil: How the best tribute to our Indian heroes came from an awestruck Pakistani

July 26 marks 20 years of the Kargil war which went on for 85 days and saw 537 Indian soldiers die. But only after they repulsed every Pakistani intruder, yard by yard, relentlessly.

In 1998, both India and Pakistan went nuclear.

PM Atal Bihari Vajpayee felt it would be madness to wage war now and undertook the Lahore bus journey to talk peace with Pakistan. Nawaz Sharif greeted him enthusiastically — but General Pervez Musharraf refused to meet him. He was then planning to start the Kargil war with operation Badr — the intrusion by northern light infantry (NLI) under the garb of terrorists.

It was a total stab in the back.

In April 1999, Pakistani troops began to infiltrate over a 120 KMs frontage. The mountainous terrain was difficult and with very heavy snow precipitation. Gen VP Malik writes in his memoirs that there were huge unheld gaps in the Indian defences. He listed these as Chorbatla-Shangruti–25 km, Point 5299-Bimbat-09 km, Bimbat LoC–Marpola–9.5 km and Marpola-Kaubal Gali-3.6 km.

Besides, due to the extremely heavy snow precipitation, both sides used to vacate a large number of posts. Pakistan’s plans were simply to use its six battalions worth of NLI local troops (along with some token terrorists) to infiltrate in the winter of 1998, and occupy the unheld heights overlooking the Sri Nagar-Drass-Kargil-Leh highway, bringing it under the firing range of direct firing weapons and observe artillery fire.

An elaborate signal deception traffic (to convince the Indians that the intruders were all non state actors) was generated.

The infiltration had commenced in the winter of 1998. Pervez Musharraf in his memoir In The Line of Fire claims that it was approved towards the middle of January 1999 and executed by the end of April 1999, when the unoccupied gaps along 120 kms of the LC were “secured” by 100 new posts of 10-20 men each. 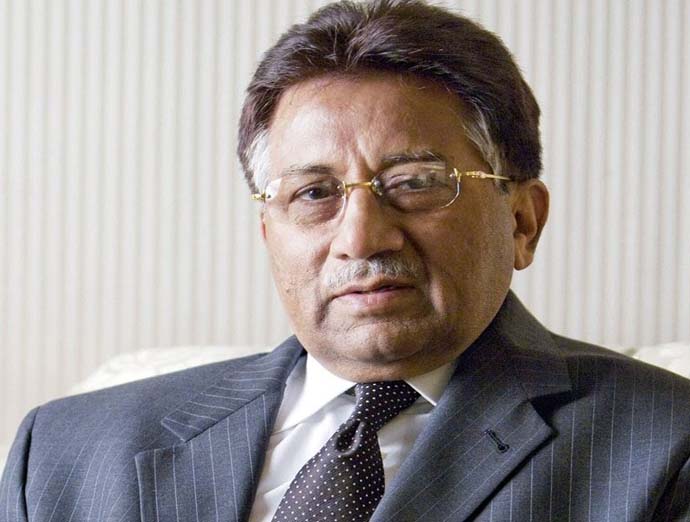 The main intrusions were in the Mashkoh area (some 400 sq km), some 100 sq km in the Drass Area and 50 sq km in Shyok area (as per Gen Musharraf’s account).

As per Indian estimates, the Pakistani troops had infiltrated over a frontage of 160 kms to a depth of 8 to 10 kms. There was approximately one and a half brigade strength infiltrated into the strategically sensitive area.

The intrusions were first detected by two graziers on May 3, 1999. Patrols sent to locate these were ambushed — with heavy casualties to our troops. Helicopter reconnaissance also confirmed the presence of infiltrators as tracks were seen on the snow.

The 121 Infantry Brigade and 31 Infantry Division launched a series of probing attacks.

These were repulsed with heavy casualties but served to provide accurate contact intelligence of the enemy build-up in these areas of intrusion. The IAF was brought in — belatedly — on May 25, 1999 (air support had initially been sought on May 18, 1999).

The Air Force was surprised by the presence of shoulder fire surface to air missiles.

One Mig-21 fighter was hit and shot down. Another Mig-23 aircraft experienced an engine flame out. Two MI-17 armed helicopters were also brought down.

The IAF quickly relearnt the lesson of the 1973 Yom Kippur War, when Israeli aircraft had taken heavy casualties from shoulder-fired SAM missiles. In Gulf War I and II, the coalition aircraft stayed well beyond the SAM envelope and launched all attacks from the mid and high altitudes, using precision-guided munitions for accuracy.

The eighth mountain division was now thrown in for methodical and well-prepared attacks. Hero, forever: Captain Vikram Batra, one among many Indian warriors who cleansed our territory of Pakistani intruders. (Photo: India Today)

Yard by yard, the Pakistanis were thrown out.

An American correspondent said, "Awe-struck — the Indian army is an army that truly fights."

But the best tribute perhaps came from a Pakistani NLI trooper who said, "Those Indians were crazy — they just kept coming up the mountain slopes like ants. We kept firing — our trigger fingers began to ache — but they just would not stop. They kept coming on."

That is perhaps the best tribute to some 537 of our boys killed and 1367 wounded in this war — which became a clear victory for India.

#LoC, #Pakistan Army, #Indian Army, #20 years kargil
The views and opinions expressed in this article are those of the authors and do not necessarily reflect the official policy or position of DailyO.in or the India Today Group. The writers are solely responsible for any claims arising out of the contents of this article.