From a series of serious electoral losses to concerted Opposition targetting over Rafale, the year went largely against the party.

A total of seven states — Goa, Gujarat, Manipur, Himachal Pradesh, Uttarakhand, Punjab and Uttar Pradesh — went to the polls in 2017. The BJP formed governments in six of the seven states, barring Punjab, which went to the Congress. These back-to-back victories made it look like the Narendra Modi wave that propelled the party to power in 2014 was still strong — and the party was invincible. Back-to-back victories in Assembly elections since 2014 made the BJP look invincible. (Source: Reuters)

The year 2018, however, changed that perception — suddenly.

Here’s a lowdown on five things that gave hope to the Opposition that the BJP could not just be taken on — but also defeated:

1) The Gorakhpur and Phulpur losses

After winning 325 out of 403 seats in the Uttar Pradesh Assembly elections, the BJP had started to look like a formidable force in the state. Come March 2018, the party lost in the Lok Sabha by-elections held for two very important seats – Gorakhpur and Phulpur.

Gorakhpur was Yogi Adityanath’s own Parliamentary seat, while Phulpur was Keshav Prasad Maurya’s, who is the state deputy chief minister.

Gorakhpur, in particular, was a more serious loss since the seat had stayed with the BJP since 1989. The coming together of the Samajwadi Party and Bahujan Samaj Party put paid to BJP's victory march in UP. (Source: Twitter)

Many experts called the by-polls for the two seats a rehearsal for the 2019 Lok Sabha elections.

The coming together of the Samajwadi Party (SP) and Bahujan Samaj Party (BSP) served a body blow to the theory that the BJP’s citadel could not be breached.

It was after 23 years that arch-rivals SP and BSP reached an electoral understanding — and went on to wrest both Gorakhpur and Phulpur from the clutches of the BJP.

This gave hope to the Opposition parties that it was indeed possible to defeat the Modi-Amit Shah combine, even in BJP strongholds, by coming together. SP-BSP and Rashtriya Lok Dal (RLD) repeated the story in Kairana bypolls by fighting the elections together once again. The grand alliance took on the electoral might of the BJP and showed how it was possible to defeat the saffron party.

The BJP won 104 seats in the 225-member Karnataka Assembly, the elections for which were held in May.

Despite emerging as the single-largest party, the BJP failed to form the government as the Janata Dal (Secular) and Congress struck a quick post-poll alliance and reached Karnataka governor Vajubhai Vala as soon as the Election Commission announced the final results. The Congress and JD(S) managed to form the government in Karnataka, despite BJP trying hard to stop them. (Source: Twitter/@ANI)

The Congress had won 78 seats, while the JD(S) emerged victorious on 37.

The BJP’s quick and deft moves to gather support and form government in states like Goa, Manipur and Meghalaya, even though the Congress won more seats than the BJP in these state elections, had made it look like there was nothing the Opposition could do to challenge the election machinery of the BJP, which apparently worked 365 days, 24*7.

But Karnataka changed that perception, with the Congress letting the JD(S) take the chief minister’s chair, despite the latter having won fewer seats.

Karnataka proved to be pretty embarrassing for the BJP, which tried to install BS Yeddyurappa as the chief minister, despite not having the numbers to form a government.

Yeddyurappa had to step down as chief minister without even trying his majority in the Karnataka Assembly. 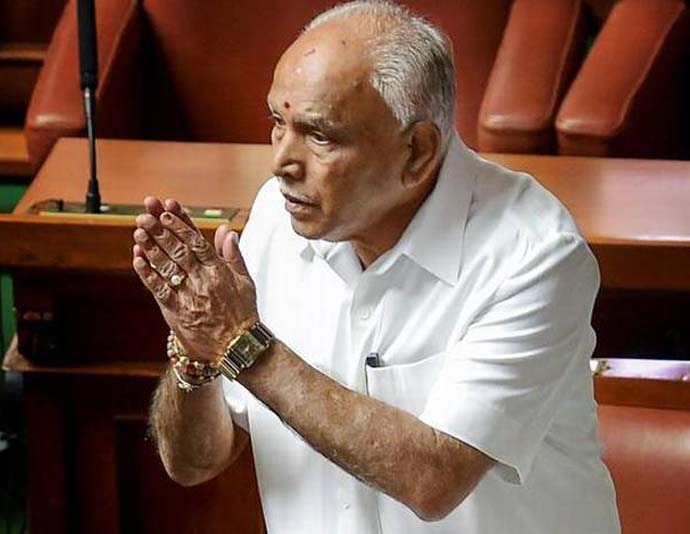 BS Yeddyurappa had to step down as chief minister two days after taking over. (Source: PTI)

This also sent out a message that the Opposition camp hadn’t forgotten its politics yet — and together, it could take on the BJP.

In June this year, the BJP pulled the plug on the Jammu and Kashmir government, ending its alliance with the People's Democratic Party (PDP).

The coalition had been struck after the 2014 Assembly elections in the state threw up a fractured mandate — the BJP won 25 seats, PDP 28, National Conference 15, Congress 12, while the others got seven seats in the 87-member Assembly. The National Conference and People's Democratic Party managed to stop BJP from forming a government in Jammu and Kashmir. (Source: PTI)

While Governor’s Rule was subsequently introduced in the state (now under President's Rule), the BJP kept trying to work out an alliance behind the scenes. Around November, speculation grew that the BJP was trying to project the Jammu and Kashmir People's Conference (JKPC) chairman, Sajad Lone, as chief minister of the state in a bid to form a coalition government. While Lone’s party had only two MLAs, the BJP was banking on rebels from the PDP to help form the government, with Lone as the new dispensation's face.

However, the party was checkmated by the NC, PDP and Congress which suddenly staked claim to form the government in the state.

In my twenty six year old career as a politician, I thought I had seen it all! But like they say never say never! Nevertheless, I would like to express my heartfelt gratitude to @OmarAbdullah and @Ambikasoni4 ji for helping us achieve the seemingly impossible. 1/4

While J&K governor Satya Pal Malik dissolved the Assembly after both Mufti and Lone staked claims to form the government, it was once again proved that forces opposed to the BJP could foil the party’s chances of spreading its reach — if they worked together.

Despite the incumbent chief ministers being popular in Chhattisgarh and Madhya Pradesh, the BJP lost both states along with Rajasthan to the Congress in a direct fight between the two.

Coming just ahead of the 2019 general elections, the losses compound the defeat in the perception battle, which often acts as the decisive factor in elections. 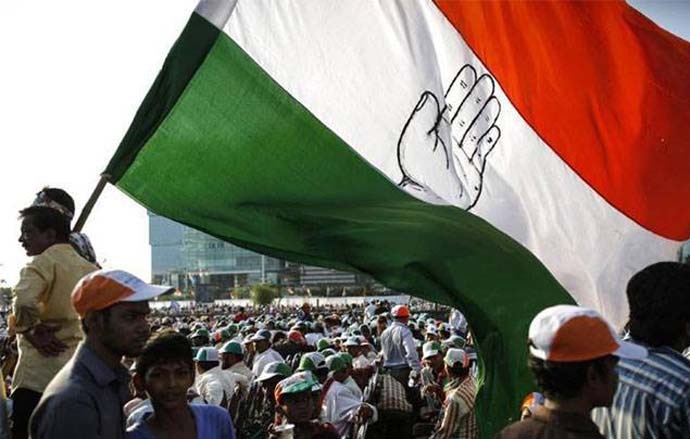 The Congress staged an impressive comeback in Rajasthan, Chhattisgarh and Madhya Pradesh, halting BJP in the Hindi heartland. (Source: Reuters)

The three states together constitute 66 Lok Sabha seats. The Hindi heartland was believed to be a BJP stronghold. But now, the party’s growth has been halted.

The BJP rode to power in 2014 by highlighting the corruption that had taken place during the UPA government among other things.

Brought to the forefront by the Anna Hazare-led movement, corruption is an issue that Indians are very touchy about. Congress president Rahul Gandhi has succeeded in raising doubts over the BJP's image of being corruption-free. (Source: PTI)

One of Narendra Modi’s greatest strengths has been his personal reputation of being an incorruptible man. But Congress president Rahul Gandhi’s repeated attacks on the personal integrity of the PM vis-à-vis the Rafale deal did create an impression that the BJP government too wasn’t free from the taint of corruption.

This also gave the Opposition hope that PM Modi’s image could be dented in the public imagination. The BJP won by projecting Modi as a ‘man of development politics’, but this has now been put to question by a concerted Opposition campaign.

Post your comment
#Assembly elections 2018, #Narendra Modi, #BJP, #2019 general elections
The views and opinions expressed in this article are those of the authors and do not necessarily reflect the official policy or position of DailyO.in or the India Today Group. The writers are solely responsible for any claims arising out of the contents of this article.