After the Congress' Madhya Pradesh victory, does a big role await Digvijaya Singh?

Digvijaya, along with Bhanwar Jitendra Singh, is apparently in the race for the post of AICC general secretary, vacated recently by Ashok Gehlot.

Digvijaya Singh may not have become the chief minister of Madhya Pradesh, but after the Congress’ win in the Assembly elections, he has certainly emerged as one of the most powerful people in the state — and nobody is complaining!

However, the former raja of Raghogarh does not fancy his role as a 'king-maker' for 'king-makers' tend to be the first casualty when things start going wrong, he points out. 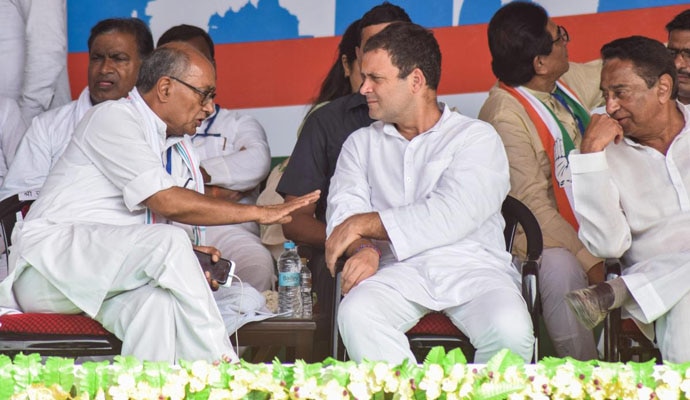 Digvijaya had a role to play in Kamal Nath — and not Jyotiraditya Scindia — getting the Madhya Pradesh CM's chair. (Photo: PTI/file)

But now, Digvijaya may be in the race for another big role.

All eyes are currently on Rahul Gandhi to see if he would consider Digvijaya as a successor to Ashok Gehlot, AICC general secretary in charge of party organisation, who recently took over as chief minister of Rajasthan.

Gehlot was an important AICC functionary — the person in charge of organisational matters is considered most influential in the party hierarchy, after the Gandhis and Ahmad Patel.

Now, apart from Digvijaya, Bhanwar Jitendra Singh, a close Rahul Gandhi aide and former Minister of State for defence, home, youth and sports, is also a contender for the powerful job. 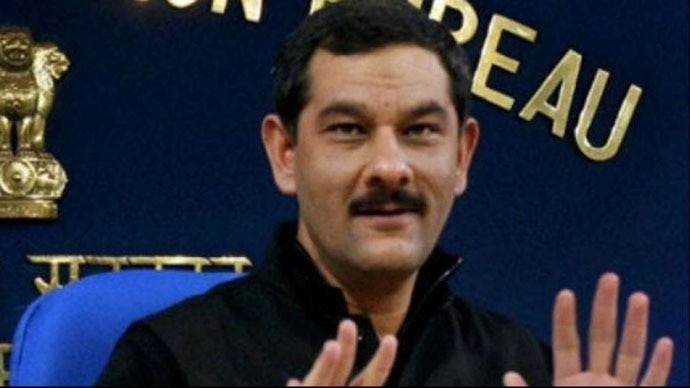 Bhanwar Jitendra Singh, a close Rahul Gandhi aide, is also in the race for the powerful job. (Photo: PTI/file)

Diggy Raja, as Digvijaya is popularly called, has been two-time chief minister of Madhya Pradesh between 1993 and 2003. In the state’s political circles, the former Raja of Raghogarh is considered an equal to Chief Minister Kamal Nath. The two are said to enjoy a bada bhai-chhota bhai (Digvijaya being the 'younger brother’) relationship. In fact, this is a bit of a role reversal between Nath and Digvijaya, as during the 1993-2003 Congress rule, Nath’s wishes were treated as a command, and Digvijaya would publicly acknowledge Nath as the real power behind the throne.

In Nath’s cabinet expansion, out of 28 ministers, ten are considered close to Digvijaya. These are Arif Aqueel, Vijay Lakshmi Sadho, PC Sharma, Jitu Patwari, Kamleshwar Patel, Govind Singh, Jaivardhan Singh, Priyavrat Singh, Brijendra Singh Rathore and Surendra Singh Baghel. Jaivardhan Singh is Digvijaya’s son, while Priyavrat is his nephew. Digvijaya’s stamp is also apparently visible in the choice of top bureaucrats, who have been given key postings in the Kamal Nath administration.

Digvijaya had once informally explained his ties with Nath, saying that their relationship, spread over 40 years, was based on trust and mutual respect. Temperamentally, while Nath is hot and hyper, Digvijaya is cool and measured. In the Congress’ ‘durbar’ style of functioning, the duo back each other to the hilt.

In 1993, Nath had thrown his lot in with Digvijaya, when then-Congress president and India’s Prime Minister Narasimha Rao wanted to make Shayama Charan Shukla the Chief Minister of undivided Madhya Pradesh. Digvijaya returned the favour when Rahul Gandhi, in March-April 2018, reportedly sought his opinion about a choice between Nath and Jyotiraditya Scindia as the state’s CM.

Throughout the Assembly poll campaigning in November, Digvijaya reached out to dissidents and party rebels, bringing them back to the fold.

On his part, Nath, too, can’t stop gushing over Digvijaya’s role in scripting the Congress’ success story. “He always amazes me with his depth of knowledge, local issues and take on individuals,” Nath recently told this correspondent. 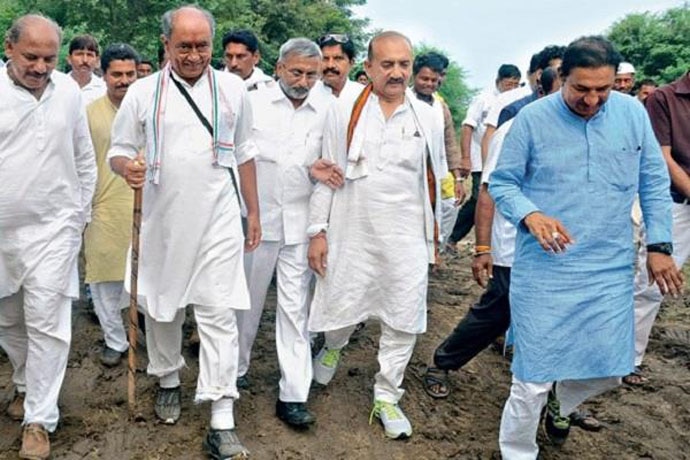 Digvijaya Singh, who completed a gruelling 192-day-3325-km long Narmada Parikarma between October 2017 and April 2018, has a huge network of party workers, religious leaders, bureaucrats and other influential members of society. His yatra had passed through 166 out of 230 Assembly constituencies of Madhya Pradesh.

Privately, some Digvijaya supporters say that by undertaking the long 'spiritual' journey, he had sought to 'atone' for his past 'sins'. In recent years, some of Digvijaya’s utterances were against 'saffron terror'. He had publically expressed doubts over the Batla House encounter and the death of anti-terror squad chief Hemant Karkare during the 26/11 Mumbai attack.

These remarks were used to dub the former Madhya Pradesh chief minister ‘anti-Hindu’. Interestingly, when his Narmada Parikrama Yatra concluded at Narsinghpur on the banks of the river, some enthusiastic voices hailed him as 'sant Digvijaya'.

It, however, remains to be seen if Rahul will bring Digvijaya back in his inner circle — or usher in a youngster like Bhanwar Jitendra Singh.

Also read: Don’t write off Shivraj Singh Chouhan just yet. Here’s how he is scripting his comeback

Post your comment
#Digvijaya Singh, #Bhanwar jitendra singh, #Aicc general secretary, #Congress
The views and opinions expressed in this article are those of the authors and do not necessarily reflect the official policy or position of DailyO.in or the India Today Group. The writers are solely responsible for any claims arising out of the contents of this article.