Why the 2019 elections are too close to call

While the bump effect of the Balakot air strike has worn off, the BJP is still the favourite.

With less than a week to go for the first phase of the 2019 Lok Sabha election, all bets are off. The bump effect of the Balakot air strike has worn off. The BJP is still favourite to form the next government but questions remain. Three states are crucial: Uttar Pradesh, Maharashtra and Bihar. Uttar Pradesh, Maharashtra and Bihar will be very crucial from the point of view of the 2019 general elections. (Source: Reuters)

First, in Maharashtra and Bihar, testy allies have driven a hard bargain.

Despite winning 22 seats in Bihar in 2014, the BJP has been forced to give up several winnable seats to the JD(U) which won just two seats in 2014.

Even if the BJP hits a 90 per cent strike rate in the 17 seats it is contesting in Bihar, it can’t hope to win more than 15 seats, a loss of seven seats over 2014, despite dissensions within Lalu Prasad Yadav’s family.

In Maharashtra too, the BJP has had to give the Shiv Sena 23 seats and contest in 25 seats. Again, it will be hard pressed to match its 2014 tally of 23 seats though the alliance between Prakash Ambedkar’s Bharipa Bahujan Mahasangh and Asaduddin Owaisi’s AIMIM could cut into Congress-NCP votes to the BJP-Shiv Sena’s advantage. 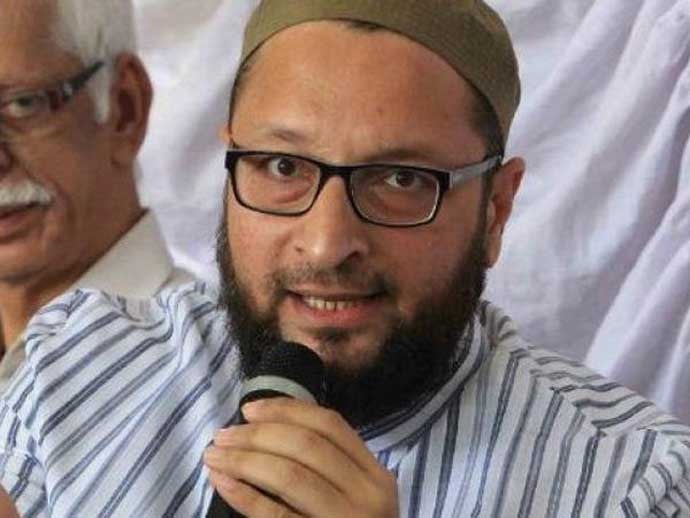 Nonetheless, in Bihar and Maharashtra, ally seat sharing arithmetic will ensure the BJP’s tally in 2019 will be lower than in 2014.

The big problem of course lies in Uttar Pradesh. The SP-BSP-RLD gathbandhan is a serious threat to the BJP though there are important caveats. One, the Congress will probably increase its vote share from 7.6 per cent in 2014 to over 12 per cent, cannibalising the SP-BSP’s vote share. Priyanka

Gandhi-Vadra’s teasing promise to contest the 2019 poll from Varanasi could add frisson to the Congress campaign.

Two, Shivpal Yadav’s Pragatisheel Samajwadi Party, with tacit support from SP leaders loyal to Mulayam Singh Yadav, will also slice SP votes in key seats. Three, disaffected SP-BSP cadres are not likely to wholeheartedly support each other’s candidates in the seats they have had to surrender to their ally in the gathbandhan. Four, SP and BSP votes are not necessarily fungible.

Like capillaries in an artery, some may trickle into the Congress and some into the BJP.

Whatever the final outcome of UP’s vote mathematics, the key will be Prime Minister Narendra Modi’s several dozen rallies in the state over the seven phases of the election. Chemistry could subsume the math. There is no Modi wave as in 2014, but in the absence of an alternative national leader, support for Modi remains strong. The BJP’s handicap is that its seat potential is saturated in four important states: Madhya Pradesh, Rajasthan, Chhattisgarh and Gujarat. In 2014 it won an extraordinary 88 out of 91 Lok Sabha seats in these states. That tally can only go down.

State of the south

The party’s other problem is the south. Except in Karnataka, it has little traction in the region’s five states which collectively send 129 MPs to the Lok Sabha. Despite a likely increased vote share in Kerala on the back of polarisation of the Sabarimala temple controversy, the BJP is unlikely to pick up a seat. In Andhra Pradesh, Telangana and Tamil Nadu, regional interests overshadow national issues. The BJP’s best hope is to inveigle friendly post-poll allies among Jaganmohan Reddy’s YSRCP, K. Chandrashekar Rao’s TRS and the fractious AIADMK with Rajinikanth playing an invisible but supportive hand. The BJP will meanwhile make significant inroads into Odisha and to a lesser extent in West Bengal but will these be enough to offset losses in the Hindi heartland?

The Congress has its own problems. Party president Rahul Gandhi has managed to upset potential allies – the Left in West Bengal and Kerala, AAP in Delhi and the BSP in Uttar Pradesh.

Contesting from a second seat in Kerala’s minority-dominated Wayanad pits him directly against the Left. Rahul’s primary objective is not to win the 2019 Lok Sabha election but to make sure the BJP doesn’t. If Modi gets five more years, the Congress could well splinter.

Corruption cases that have remained undercooked for five years will not survive another five.

For the on-off mahagathbandhan the issue is clashing egos. Mamata Banerjee and Mayawati are frenemies. Mamata doesn’t get on with Rahul. The mahagathbandhan has too many clashing egos. (Source: India Today)

Mayawati nurses a grudge against Priyanka who has declared that the Congress’ goal is to win the 2022 UP assembly election. She is using Chandrashekhar Azad Ravan, founder of the Bhim Army, to develop a young Dalit base to counter Mayawati’s lock on the community.

The manner in which the BJP broke its Goa ally MGF is an early warning sign of what the Opposition and allies can expect as the 38-day long Lok Sabha election unfolds from April 11 to May 19. Lessons learnt from both the Chinese tactician of deception Sun Tzu and the Italian master of subterfuge Machiavelli will be deployed in the most unpredictable general election in decades.

#Narendra Modi, #Rahul Gandhi, #Lok Sabha elections, #2019 general elections
The views and opinions expressed in this article are those of the authors and do not necessarily reflect the official policy or position of DailyO.in or the India Today Group. The writers are solely responsible for any claims arising out of the contents of this article.