The 5 leaders whose political fortunes revived in 2018. What 2019 holds for them now

Indian politics, year after year, stays much the same, with elections being won and lost, new parties being born and old ones being merged into older ones, leaders arriving and being relegated to oblivion.

But if one was to look closer, each year is so different from the other.

Leaders whose political obituaries have long been written suddenly re-emerge on political landscapes, much like the legendary phoenix. 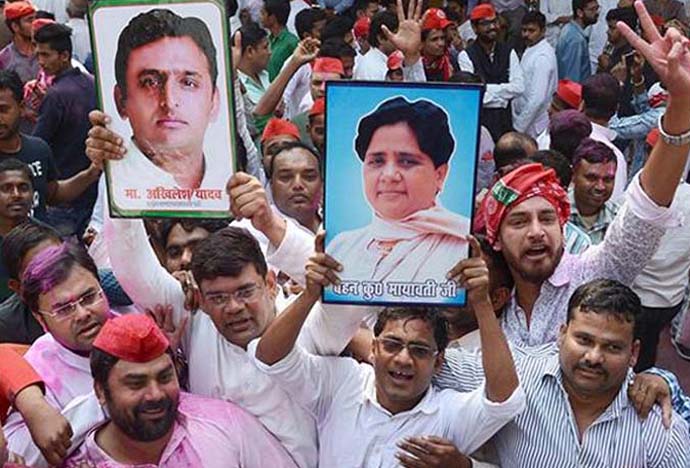 The coming together of the Samajwadi Party and Bahujan Samaj Party put paid to BJP's victory march in UP. (Source: Twitter)

With 2018 coming to an end, let’s look at the five leaders whose political fortunes were revived this year and those who could emerge as formidable forces in 2019 – the year which is going to see the mother of all election battles fought so far in India.

The four-time chief minister of Uttar Pradesh came in for a rude shock when the results of the 2014 Lok Sabha elections were announced. The Bahujan Samaj Party (BSP) came to naught with the party failing to win even one seat. The mercurial Mayawati could play a major role in government formation in 2019. (Source: India Today)

In the 2017 Assembly election, the BSP won only 19 seats. In 2012, it had won 80. With the CBI haunting her in several cases of disproportionate assets, many thought her political career was over.

Yet, the most awaited birthday of the year is that of Mayawati.

On January 15, when Mayawati celebrates her 63rd birthday, a seat-sharing agreement between the Samajwadi Party (SP), the BSP, Congress and some other smaller parties is likely to be announced for the 80 Lok Sabha seats in UP.

She has conceded a lot of ground to alliance partners already — in the Gorakhpur and Phulpur by-elections, the winning candidates were fighting on SP tickets and the BSP was merely providing support. She may now bargain hard for more seats.

While counting for votes in the Madhya Pradesh Assembly election was on, all eyes suddenly turned to Mayawati because neither the BJP, nor the Congress looked to be getting a clear majority.

When the 2019 Lok Sabha poll results are announced, Mayawati’s bargaining power may rise — but there are challenges too.

Facing the emergence of the Bhim Army, led by Chandrashekhar Azad, which highlights the apparent hypocrisy of the process of assimilation, and takes on a militant hue in the face of assimilative Hindu politics played by the BJP, Mayawati’s ride may not be entirely smooth.

Having won a comfortable majority of 224 seats in the 403-member UP Assembly, the Samajwadi Party-Congress combine was reduced to a mere 54 seats in 2017.

The Samajwadi Party family feud saw Akhilesh Yadav fight against his own father Mulayam Singh and his uncle Shivpal Yadav in the run-up to the 2017 Assembly election and then well into 2018. This led to the young leader appearing vulnerable within his own party and a diminished figure in the absence of support from his own father. 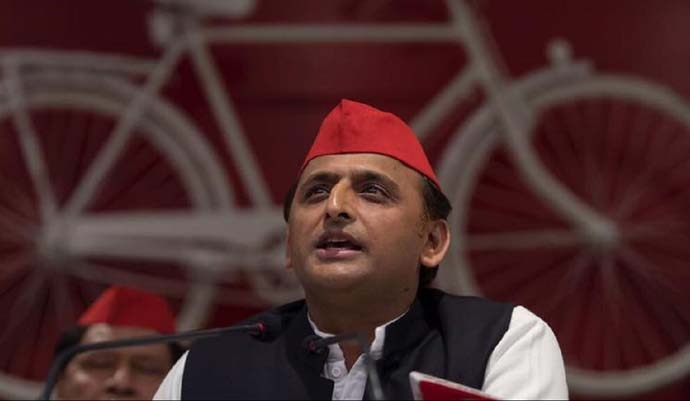 Akhilesh, however, held his ground.

Akhilesh then reached out to Mayawati despite the bitter falling-outs the latter had served the SP in the past because in politics, Akhilesh knows, there are no permanent enemies.

The coming together paid off with SP candidates winning both Phulpur and Gorakhpur with support from the BSP.

With the 2019 elections now looking set to throw up a hung Parliament, Akhilesh’s political fortunes may rise.

2019 promises to be an eventful year for this young leader.

Having lost his father, Abdul Gani Lone, on May 21, 2002, to the cycle of militant violence in Kashmir, Sajad’s political elevation wasn’t an easy one in a state where two dynasties have come to monopolise the CM’s chair. Sajad Lone is looking to gain ground in Kashmiri politics by aligning with the BJP. (Source: India Today)

Sajad chose ‘pro-India’ politics over the separatist camp when he fought the 2009 Lok Sabha polls. The J&K Assembly election held in 2014 gave the vBJP 25 seats, making it the second-largest party, emerging next to the People's Democratic Party (PDP) with 28 seats. The BJP had gained mainly in the Jammu and Ladakh regions, but it is unlikely for the BJP to make any impact in Kashmir in the foreseeable future.

People in Kashmir are also angry with both the PDP and National Conference (NC) and all reports indicate they are looking for an alternative.

Sajad’s political currency could thus swell in the Valley when the state goes to polls in 2019.

The by-polls in Araria (Lok Sabha), Jehanabad and Bhabua (Assembly) have cemented the path for Chhota Lalu's rise in Bihar.

Even without Lalu to guide him, Tejaswi comfortably led the party to success in Araria and Jehanabad.

The results have also taken away the sheen of invincibility from the BJP-JD(U) alliance in the state. Even without his father by his side, Tejashwi Yadav has created quite a stir in Bihar's political atmosphere. (Source: PTI)

Tejashwi also succeeded in winning over Mahadalit leader Jitan Ram Manjhi, who switched sides in the middle of the by-poll campaign, leading to the JD(U) nominee Abhiram Sharma's rout in Jehanabad.

Known as one of the shrewdest political players of our times, KCR took the Telangana Rashtra Samithi (TRS) to a decisive victory in the second election after the formation of Telangana.

KCR’s decision to dissolve the Telangana Assembly nearly nine months ahead of schedule, and go for early elections, was the final factor in what, with the advantage of hindsight, looks like a finely-crafted strategy to win and consolidate itself in the state. KCR has found the right balance between welfare measures and identity politics to woo the voters. (Source: India Today)

The leader knew that a host of welfare programmes and populist schemes could help create a loyal electorate. But KCR doesn't seem one to sit back on his laurels.

Having won the election, he was quick to declare that his focus will now be national politics. KCR has since been making efforts to play a decisive role in the Mahagathbandhan by trying to reach out to regional leaders.

While Telangana has only 17 Lok Sabha seats, the role of regional parties in Indian politics cannot be ignored.

In 2014, the regional parties lost relevance on the national stage — but that happened nearly after two and a half decades.

With Prime Minister Narendra Modi’s popularity waning, and the Congress still not appearing strong enough to provide an alternative, regional parties could have a major role to play. KCR could certainly be a national-level player in 2019.