A five-year review of Land Acquisition Act, 2013: How the law is empowering millions despite Centre's unwillingness

Land has been returned across the country on an unprecedented scale, correcting numerous historical injustices.

Five year ago: Parliament passed the Right to Fair compensation and Transparency in Land acquisition, Rehabilitation and Resettlement Act 2013. It was a milestone legislation evidenced by the near universal support it received in Parliament. Leaders from across the political spectrum stood on the floor of the Lok Sabha and the Rajya Sabha and, in a rare moment of bipartisanship, reiterated their support and commitment to the law.

All agreed that the forcible and excessive acquisition of land in the name of ‘development’ had destroyed innumerable families and pushed backward communities further into the margins of poverty. The methods for acquiring land under the dated Land Acquisition Act of 1894 were cruel, because of the forced nature of acquisition combined with ludicrously low rates of compensation and vested too much arbitrary authority in the state agencies. Seven months into its tenure, the Modi government (in a surprising U-turn of its position in Parliament) promulgated an Ordinance to strip the law of its most salient features. The Ordinance took away a land owner's right to consent, it finished off the social impact assessment which would hold governments accountable and even diluted provisions for the return of land, unjustly acquired.

Following nationwide protests led by the Congress, Mr Modi, so far unaccustomed to not having his way, was forced to concede. In August 2015, in his ‘Mann ki Baat’ address he promised to withdraw the Ordinance.

This was apparently a lie. Because in parallel, Mr Arun Jaitely invited representatives of state governments and encouraged them to pass their own laws bypassing the central Act. This was a first in our nation’s history.

States were encouraged to take recourse to Article 254(2) of the Constitution which provides that a state law (on a subject in the ‘Concurrent List’ of the Seventh Schedule in the Constitution) can deviate from the provisions of a Central law, if it receives Presidential assent. The BJP wanted to exploit this clause and states such as Tamil Nadu, Haryana, Gujarat, Telangana and Jharkhand set about working on their own laws. Five years on, and in the above context, we must evaluate the progress made. The 2013 law stood firmly on five pillars. Namely, enhanced compensation, social impact assessment, informed consent, rehabilitation/resettlement, and return of land.

First, on enhanced compensation, all governments promise to uphold the compensation clause. While all states (and Central bodies such as the NHAI) are now giving higher compensation, some like Haryana, Chhattisgarh and Tripura set low multipliers (used to calculate compensation) which lead to a maximum compensation of two times the market value in rural areas (instead of four as originally envisaged). While others, such as the BJP Government in UP, reportedly violate the provisions altogether. 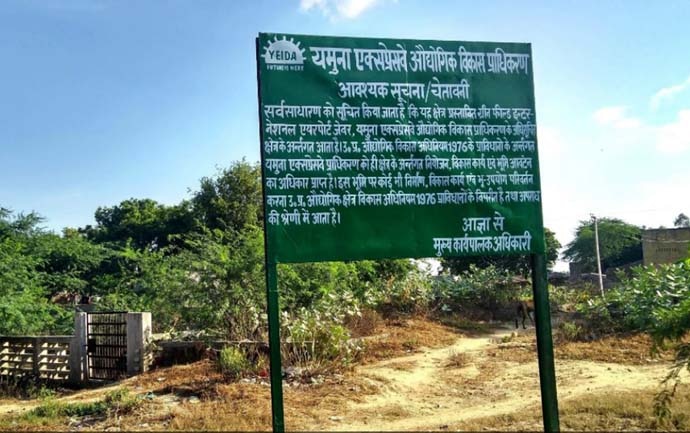 In June of this year, attempts to acquire land for the proposed Jewar airport were met with widespread protests from farmers. The reason: UP had decided to award compensation at a maximum of two times the circle rate. Not the market value. They demanded compensation at four times the market rate. Circle rates (particularly in rural areas) are notoriously low and that is why the 2013 Act removed them as the basis for calculating compensation. UP now seeks to make it the base for other acquisitions as well.

Second, on Social Impact Assessment (SIA), we have found that states such as Gujarat, Haryana, Maharashtra, Telangana and Tamil Nadu have all but dispensed with the need for the SIA. In projects, where it is being followed, several key provisions are being overlooked especially those related to transparency. For many projects it is found that no website has been created and SIA report has not been made public.

Third, informed consent has been another thorny issue. This is directly affected by the lack of a Social Impact Assessment. Without an SIA to highlight the key issues and explain the purpose of the acquisition, consent, by definition, cannot be informed. As previously mentioned, some states have sought to do away with consent altogether.

Fourth, the rehabilitation and resettlement aspects have yet to be implemented as several acquisitions under the new Act are still in the initial stages.

Fifth, the ‘retrospective’ or ‘return of land’ clause. In the last five years this has proven to be the most invoked provision of the Act. Thousands of families have had their land returned under this law much to the annoyance of the Modi government which has tried unsuccessfully for three years to assail it. First, by way of the failed Ordinance and then by way of opposition in the Courts.

But multiple benches of the Supreme Court (staring with the case of Pune Municipal Corporation in January 2014) upheld the section and continued to return land to those who satisfied these conditions. Unfortunately, towards the end of last year one bench of the Supreme Court interpreted the section almost entirely in terms of the BJP government’s ordinance. This led to a conflict of opinions and the matter awaits resolution by reference to a higher bench.

To summarise, despite an intransigent Central government unwilling to enforce its provisions, the 2013 law has proven to be a great equaliser.

Higher compensation is now a right and almost every single acquisition has had to comply with the enhanced provisions (albeit to varying degrees). Land has been returned across the country on an unprecedented scale, correcting numerous historical injustices.

Unfortunately, the SIA and the consent provisions continue to be neglected, largely because of the apathy of the Central government unwilling to exercise oversight.

It is a testament to the resilience of the law that despite the best efforts of an unwilling government it has still managed to empower millions who previously would have no say.

That, by any measure, is no small success.

Also Read: Why Indian farmers still contemplate either the rope or a bottle of pesticide to escape their hell

Post your comment
#Parliament, #Congress, #Narendra Modi, #Land Acquisition Act
The views and opinions expressed in this article are those of the authors and do not necessarily reflect the official policy or position of DailyO.in or the India Today Group. The writers are solely responsible for any claims arising out of the contents of this article.