Aadhaar case in Supreme Court: Your privacy is at stake

As many as 696 days after the Supreme Court had asked for the Aadhaar matter to be heard in front of a Constitution Bench, on July 18-19, the case is finally being presented in front of a five-member bench to decide all issues pertaining to Aadhaar, which include mandatory unique identification for accessing benefits and violation of privacy.

The bench is also likely to address the constitutional validity of the Aadhaar Act, 2016 – which was passed as a money Bill.

This decision was announced by a three-judge benching hearing Shanta Sinha vs Union of India, which questions making Aadhaar mandatory for government schemes such as midday meals and scholarships.

Shyam Divan, the lawyer on behalf of the petitioner, argued that the whole country was becoming a “concentration camp” as even children below the age of 18 years are being forced to part with their biometrics to access government benefits.

Divan argued that the government has been issuing notices compelling people to get the biometric ID, even though the Supreme Court had ruled through an interim order that Aadhaar would not be mandatory.

Divan, while arguing against the mandatory linking of Aadhaar cards with PAN numbers for tax filing, had argued that Aadhaar threatens the right to bodily integrity, dignity and informational self-determination under Article 21 but the bench had declared that no arguments related to privacy would be heard. So far, issues with regard to privacy have not been heard, and this Constitution Bench is expected to decide the future of Aadhaar in India. 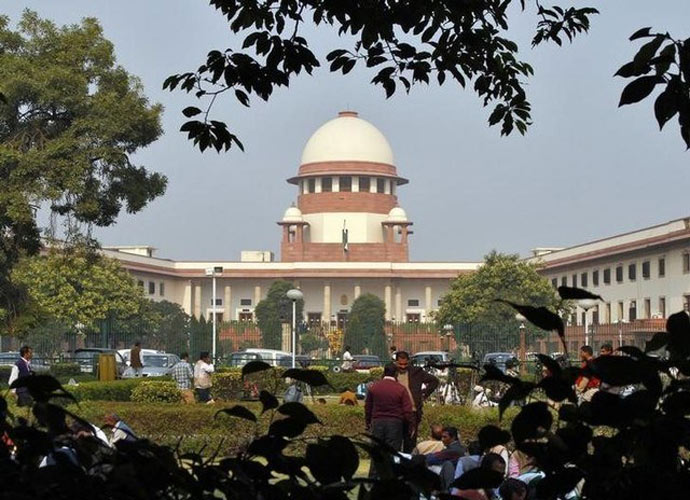 So far, there is plenty of reason to be scared of the unique ID, given it can be misused:

1) Weak privacy laws: India does not have a right to privacy, and in this day and age of digital data, and our personal information being splashed around and being housed with the government, in the case of Aadhaar, it is of utmost importance. There is no protection for Indians against their data being used/misused by corporates or the government

2) Identity theft: In February, Jio salesmen were arrested for the fraudulent use of fingerprints acquired through Aadhaar e-KYC, to activate and sell sim cards. This sort of identity theft is possible through Aadhaar since the Central Identities Data Repository (CIDR) is centralised and makes our data vulnerable. Identity theft can be used to make transactions such as banking on behalf of an individual without their consent

3) Data leaks: There have been multiple data leaks of Aadhaar numbers through government websites. Recently, there was an alleged data leak of Reliance Jio phone numbers (which uses Aadhaar) with names and addresses of users being sold on the dark web. Given that Aadhaar numbers are a central piece of identity in India and linked to all sorts of databases as well as biometrics, having them float on the internet is not the best idea.

4) Authentication issue: A large number of people have suffered authentication issues, i.e. fingerprints have not been confirmed as their own. This can happen for a multitude of reasons such as mismatch of fingerprints to the database, server issues, capturing of biometric, etc. Repeated failure can mean denial of benefits and administrative issues in accessing government services.

5) No opt out: Once enrolled into the Aadhaar database, the individual remains in the database for life and is unable to opt out even if unwilling to have their biometric data stored.

The troubles with Aadhaar have been compounding. There have been reports suggesting data leak of 130 million Aadhaar numbers from four government websites that deal with benefits such as pensions and the National Rural Employment Guarantee Act (NREGA).

There have been reports of fake Aadhaar enrolments and the UIDAI has blacklisted 34,000 centres since 2010, and news of fake enrolments keeps popping from around the country.

The government maintains that biometric data is safe but privacy activists have been worried about both the safety of the database and the potential uses of Aadhaar for mass surveillance.

Some of these fears have found basis in recent incidents such as a sub-inspector threatening a Delhi-based activist that an initiative has been launched to “surround and kill” (ghero aur maaro) those without Aadhaar or other identity proofs.

The government has been particularly aggressive in making Aadhaar mandatory for access of government schemes and programmes, where the news has been dismal. Stories of ration denied through the PDS, non-payment of NREGA wages, non-receipt of pensions and scholarships due to mismatch in linking bank account with Aadhaar number, server issues, authentication failures and lack of awareness of beneficiaries have been reported for long.

The absence of a grievance redressal system makes matters worse as there is little recourse for those who have not received benefits. Emboldened by the central government’s efforts, state governments have made Aadhaar mandatory for services like using ambulances.

The government of India maintains that the gains of using Aadhaar are immense, and has quoted big saving in response to the petitions against the biometric project in court. However, it has been difficult to unbundle the numbers and understand savings in a detailed manner.

Discussions on how to reform Aadhaar have been made in Parliament, and the Rajya Sabha has some suggestions to reform the Act – the most important being the right to “opt out” if a user has already enrolled with UIDAI but no longer wishes to be part of the system – thus, all data including authentication records, and biometric information would be destroyed.

This reform would give the individual control over her biometric data. The Rajya Sabha also suggests providing alternative identification for those who are not enrolled with UIDAI or have chosen to opt-out. These suggestions have currently not been taken on-board by the government.

Given all the chaos and concerns around Aadhaar, the Constitution Bench hearing is of utmost importance to provide legal perspective on the matter and give clarity on the possibilities and limitations of Aadhaar, a system that has fast become the backbone of India’s welfare state and has so far not proven itself to uphold the interests of those it claims to serve.

Also read: With Aadhaar, government shows it wants to push India down a dark hole